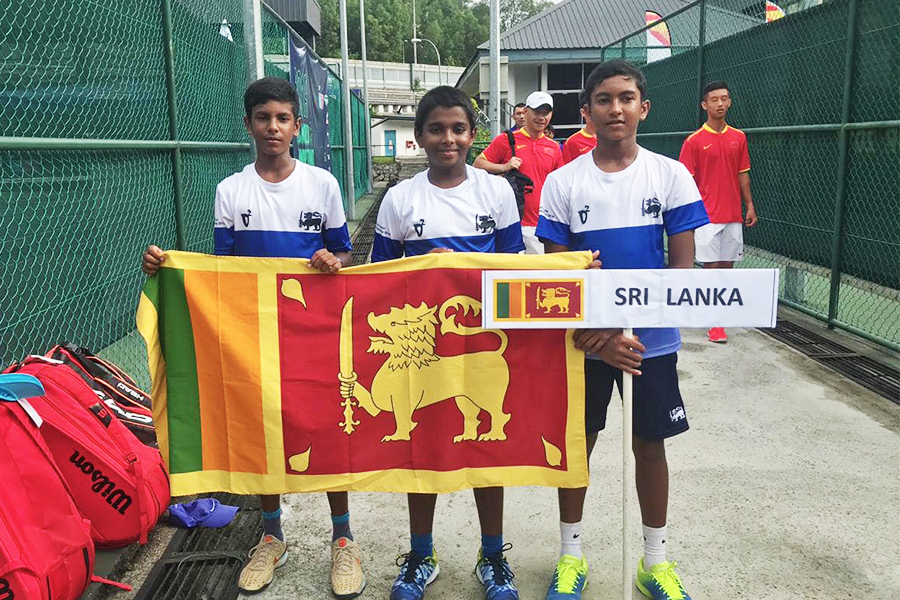 Team Sri Lanka faced more disappointment at the World Juniors Tennis Championship which is currently underway in Kulala Lumpur, Malaysia, as they lost their third consecutive tie in the group stages.

Having lost their first two encounters against Australia and Korea on the opening couple of days, Sri Lanka faced off against Uzbekistan in their final Pool C tie looking to finish 3rd in the group.

Wenuka Kithnula started the day off with the 2nd singles rubber against Boburmirzo Yokubjonov. Yukubjonov snatched a tightly contested first set from the Lankan 6/4 but Kithnula bounced back to the square things off in the second with a 6/2 win. Down to the third and last set, the Uzbek played a dominant 7 games to take the match 6/1. Final scores read 6/4, 2/6, 6/1.

Zaidh Zihar stepped up looking to levels things with a win in the 1st singles rubber and was off to a great start, winning the first set in a grueling tie breaker 7/6 (4). However, Zihar’s opponent Amir Milushev bounced straight back to take the next two sets to finish off the match 7/6, 6/0, 6/0.

With the Uzbeks securing the win over Sri Lanka, they went on to play the doubles for bragging rights. This time, Sri Lanka was silenced in straight sets 6/2, 6/3 ending their dream of finishing in the top 8.

With this, Sri Lanka will move on to the bottom 8 teams going into the knockout round. They will take on Kazakhstan later today (4th April). Indonesia will play Chinese Taipei, Syria will face off against Korea while Lebanon will take on New Zealand.

Sri Lanka will need to win at least 2 of their ties in the knockout rounds to not end up as one of the bottom two teams in the competition, to avoid relegation for 2020.

Stay logged on to ThePapare.com for updates and results from Malaysia!