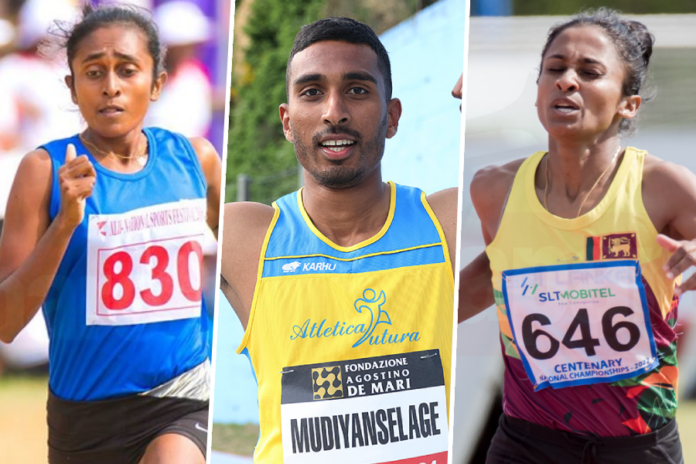 Sri Lanka will be represented by three athletes in the 18th World Athletic Championships 2022, scheduled to be held in Oregon, United States from July 15–24, 2022.

The cutoff period for the qualification of World Championship ended on 26th June and the performances of the year prior to that date was taken into consideration for the ‘Road to Oregon’ rankings.

Yupun Abeykoon was ranked 42nd in Men’s 100m where the qualification quota was 48 athletes. Nilani Rathnayaka and Gayanthika Abeyratne were ranked 38th (45 quota) and 46th (48 quota) in their respective events.

Incidentally, all these three performers have renewed their own National Records for their events in this season and are in top form going into the World Championships.

A few Sri Lankan athletes will consider themselves unlucky as they missed the qualification for the competition by small margins.

National Long Jump Champion Lakshini Sarangi Silva was ranked 34th in the ‘Road to Oregon’ rankings where the quota was 32. She missed the last qualification spot by just 6 points, which is really unfortunate.

Olympian Sumedha Ranasinghe and High Jumper Ushan Thiwanka were also just short of one good performance in a high-grade competition in their quest to World Championship as they also missed the quota by fine margins.