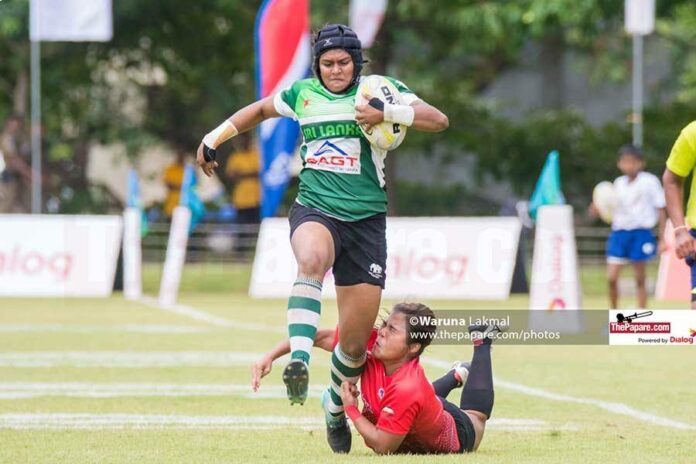 Sri Lanka Rugby (SLR) with the assistance of the Ministry of Sports has assembled a preliminary Women’s rugby 7’s training squad targeting the Asian Sevens Series which will be held in UAE in November.

This wider training group is expected to be housed at the Sugathadasa Sports Hotel where they will have access to the all the required training facilities in a bio secure environment. Out of the 40 players that were initially named by the National Selection Committee of the SLR, 32 had turned up yesterday (17th) with 27 receiving clearances to enter the bubble after testing. The remaining 5 players who had arrived late due to traveling from the outstations had missed the test and will now isolate away from the rest of the squad until they’re tested. 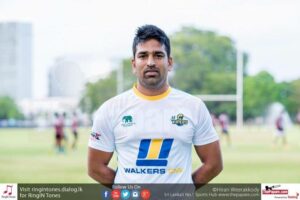 Former National sevens sensation, Saliya Kumara will be the man in charge of the outfit with former National Women’s skipper Sujani Ratnayake as his deputy.

Expressing his thoughts to ThePapare.com, the head coach of the outfit Saliya Kumara added that,

“Despite not having played rugby for almost two years, some of these players are experienced having represented the country previously. They have been working on their fitness individually and are at a decent level which is good news, we will work on conditioning and getting back to rhythm in the first couple of sessions and it’s great that SLR and the ministry has provided us with this opportunity which will be very valuable for the upcoming tournament”

President of SLR Rizly Ilyas mentioned that a lot of stake holders had come together and work in unison to overcome the challenges faced due to the pandemic,

“SLR wish to appreciate and thank the tri forces, CR & FC and the provincial unions for releasing the selected players for national training in line with the Asian Sevens series next month. SLR also with to thank Ministry of Sports & the Health Ministry for the support and commitment in putting this training together”

2021 edition of the Asian 7s series, which normally consists of 3 legs will be limited to a solitary competition in Dubai and will be worked out on the 19th & 20th November. Sri Lanka last featured in an international tournament in September 2019 where they finished 4th after loosing to Japan in the 3rd/4th playoff.

SLR is set to pick the initial men’s squad for the Asian Sevens Series in Dubai at the invitational Warriors 7s tournament organized by Sri Lanka Police and Sri Lanka Airforce scheduled to be held on the 30th & 31st October at Police Park.

Keep it locked to Sri Lanka’s #1 sports hub as we will bring you all the updates regarding Sri Lanka Men’s & Women’s preparation for Asian 7s Series 2021.