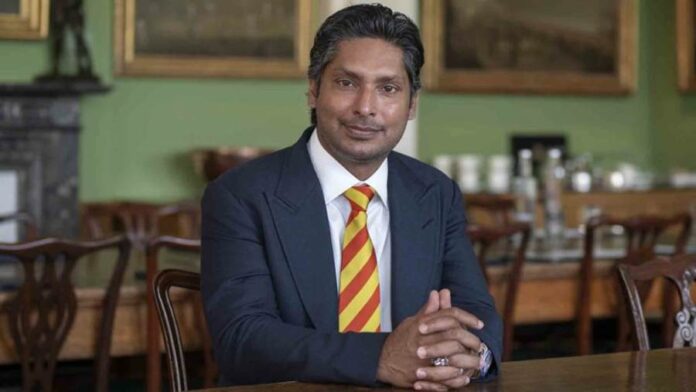 Like clockwork; he ends a career with an overwhelming amount of grace, then turns out for English county games another couple of years to score some hundreds, bags the accolade of the so-prestigious MCC president, and now, just as it is scripted, the ICC Hall Of Fame. What next? Knighthood?

Here I am, sitting and trying to piece together an article about Sri Lanka’s most celebrated cricketer. It’s 2am and I have been at it an entire day, all my drafts were too obvious. What more can I say and how can I do justice to a man that has been so revered, can I even scratch the surface of the hundreds of pieces and all that has been said about him?

The question is, what makes Sangakkara deserving to be in the Hall of Fame, but what I think it should be is, what doesn’t make him fit for it?

The name of this emerald isle eulogised it’s way to the west for two reasons – one was its flavorsome tea and the other is its vivid cricket. Both two precious dowries from the British.

And now a dowry that is not British, Kumar Chokshanada Sangakkara, a completely home-grown (with the exception perhaps of his manner of speaking) torch-bearer of the entire nation named Sri Lanka. The country’s icon, greatest ambassador and faithful son. He screamed with his bat for the entire world to hear, bagged every accolade imaginable and set the little island holding its own proudly on the world stage.

He was elegance personified at the crease. To yammer about it, he scored runs at will and always batted really long. If he got a hundred, he made sure he converted it to a double. In fact, he was only second to the GOAT, Sir Donald Bradman in the list of most double-century makers, falling just 1 run short making it a tie between the two. I am sure if Bradman had seen Sanga enough he’d have asked his teammates to stay glued to the scene whenever this stylish left-hander batted, more strongly than how he asked them to watch another Hall Of Fame inductee in this batch, Stan McCabe.

The maestro scored 28016 runs in international cricket in a career that spanned for 15 years while playing in an era where bowling was believed to be at the peak of its evolution. He topped the likes of modern-day greats like Ricky Ponting, Jacques Kallis, Brian Lara and the list goes on. If there was any consolation to him it was that he did not have to face Murali, but to make up for it he kept for Murali his entire career and was tremendous at it.

Yet, what to write about this graceful batsman? Even the above is stating the well-known, a little exaggerated? Really? But can you deny it? 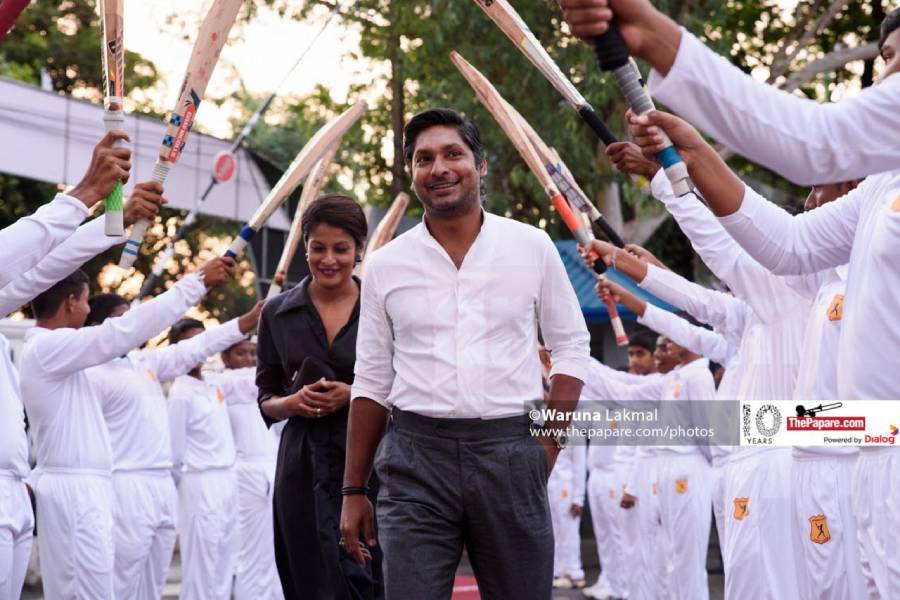 I got all his stats in front of me. But still it will only relay the fact that this man is beyond excellent and the antagonist in my head starts screaming, “you are stating the obvious again!”

What can I do? Didn’t you know that since Sanga’s arrival to international cricket in 2000, no one has scored more runs than him?

Didn’t you know that he is the second highest run-scorer of all-time?

Didn’t you know that his 4 back-to-back centuries in the 2015 World Cup was the longest streak as such ever in ODIs? The most dismissals in ODI cricket? Most consecutive fifties in ODIs?

Didn’t you know at least a half of what’s mentioned above? And that’s what I am talking about! One cannot write a lot about this Sangakkara, everyone already knows it all.

When looking beyond the numbers, he is an absolute gentleman, highly respected all around the world for his humbleness and sportsmanship. And yes, you knew this too.

That exactly is the answer to my question. My inability to write anything about Sanga that is not obvious, is the reason why he should be on the elite list of cricketers. That reflects the amount of love, fame and worship he has earned in our universe.

This fame, this love and the affection that this cricketer who just did his job is getting, doesn’t come from nowhere. It is because he grabbed their attention with his cover drive, held on to that admiration with his wonderful character and earned their respect with his intellect.

Read Also : “Despite all differences, cricket will bring people together” – Kumar Sangakkara

The fame didn’t come for his stats – Although those numbers will go down in history as one of the greatest – It was for the way he smiled for the happiness of his opposition, MS Dhoni, who just defeated him in a World Cup final. It was for the way he ended his Cowdrey lecture with “I am tamil, I am sinhalese, I am muslim and burgher. I am a buddhist, I am a hindu, a follower of islam and christianity. But above all, today and always, I will be proudly Sri Lankan.” It was the ability his game had to unify an entire nation to stand behind him. That is what brought that fame. And yes, you knew that too.

Cricket is not a game that can be explained with logic or numbers. By the words of Sangakkara himself, “Cricket is a kind of a funny game, because it is slightly different to all other sports, Cricket is underpinned by certain human values, certain characteristics, certain ways of behaviour both on and off the field.

It is not always about the bat and the ball, it is always also about the person, about who you are, because who you are, shines through at all times in the manner that you play the game on the field and also how you carry yourself off the field and Cricket is probably the only sport that has as preamble to its laws and rules and regulations, something called the ‘Spirit of Cricket’.

Now, the spirit of cricket is a guide, the laws of cricket do not contravene or go against the spirit of the game. But, there are certain times when the laws and the rules and the playing conditions don’t really cover everything that happens in an instance. And there, you have to allow the spirit of cricket, sportsmanship, your values, who you are as a person, your integrity to guide you towards making the right decision.

It does not mean you will always win, but when you are faced with a challenge, it will allow you to make the most correct decision. And that is the beauty of this game that we all love.”

These were not just his words, but also how he lived and played this sport. And that is what makes him so fitting for that elite ‘Hall Of Fame’. And also, because no one can write about Sanga, without stating the obvious.