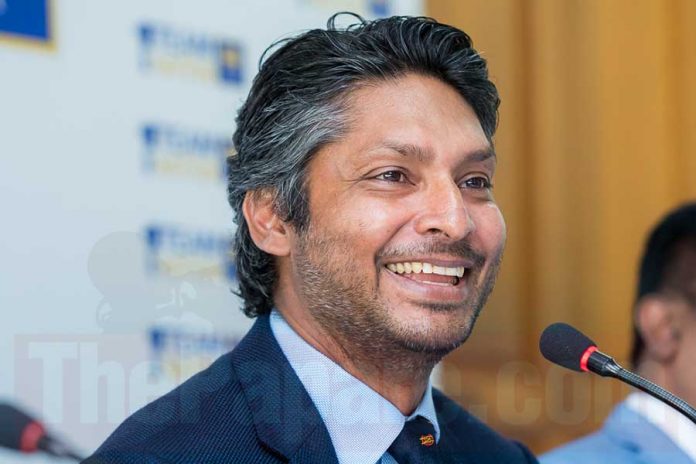 The media briefing for the MCC county match to be held in Sri Lanka was held today (30th January) at Sri Lanka Cricket headquarters with the participation of MCC president Kumar Sangakkara.
The traditional season opener for the English county season is set to be played at Galle International Cricket Stadium starting 24th-27th March between Marylebone Cricket Club and the reigning champion Essex in a four-day first-class match.

Addressing the Media MCC President said, “It is great privilege and honor for us as the MCC to bring this game to Sri Lanka and play in between the two Test matches where England will be playing against the Sri Lankan team. Sri Lanka has a very special connection in terms of cricket with England. Everyone enjoys playing here, not just because this is a stunning country but because it offers so much more than just cricket”

“At the heart of it, MCC is a Cricket Club. So, one of our greatest strengths is that we play cricket. Annually, we play about over 400 games in England and overseas. While doing so, we want to spread the game of Cricket influence the game globally and raise the profile of MCC” – Sangakkara added.

In terms of the playing XI, it is not decided who will be playing MCC XI yet. The former Sri Lanka skipper will be leading MCC team against Essex team and 2/3 Sri Lankan players will also be part of the MCC team.

Sangakkara to lead MCC in Pakistan

Participating in another MCC tour, the stylish left-hander will tour Pakistan next month for the first time after the 2009 Lahore incident. “We are planning that tour since 2018 to bring cricket back to Pakistan. The massage we want to deliver is, despite all differences, cricket will bring people together” – he concluded.

Parallel to the MCC vs Essex game, the annual MCC World Cricket Committee meeting will be held in Sri Lanka too on 28th & 29th March.

ThePapare.com will provide exclusive coverage of this fixture with photos, graphics, news, scores, and much more.