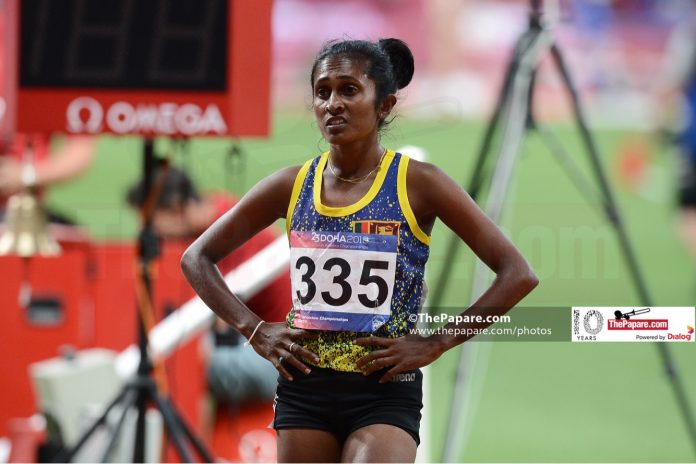 The 23rd edition of the Asian Athletic Championship which was held in Doha, Qatar concluded with Sri Lanka securing a solitary bronze medal through Vidusha Lakshani finishing third in the women’s triple jump.

Sri Lanka fielded a team of 15 athletes and were one of the 20 countries out of the 43 participating nations at the Asian Athletic Championship to feature on the medal table. Having won five medals at the previous championship, Sri Lanka was hoping for a minimum of 3 medals while there was potential for two more. However, it was going to be a steep task with many of the top athletes from the region taking part in the championship this year, unlike in the previous editions where some nations resorted to sending second string teams. Most of the top athletes used the championship this year as a prep for the World Athletic Championship which will be held at the same venue later this year.

Bahrain topped the medal tally surprising many, with a total of 22 medals which included 11 Gold, 7 Silver and 4 Bronze medals. They overtook the regional giants China, Japan and India. However, Bahrain similar to the host nation Qatar, are fielding teams packed with African born athletes who have now changed their alliance to the middle eastern nations. While countries like Japan also have a couple of imports in their midst, these wholesale influx of African athletes to the two said countries are being frowned upon by the others in the region as it gives them an unfair advantage over their regional rivals.

The Asian Athletic Championship has been Sri Lanka’s most successful regional competition where they rank 10th in the overall medal tally having gathered a total of 53 medals which include 19 Gold, 14 Silver and 20 Bronze medals at the Championship. The Athletic Association forecasted the possibility of 3 medals at the championship with potential for two more. Here’s a look at some contributing factors that held Sri Lankan athletes back from reaching their potential at the meet. 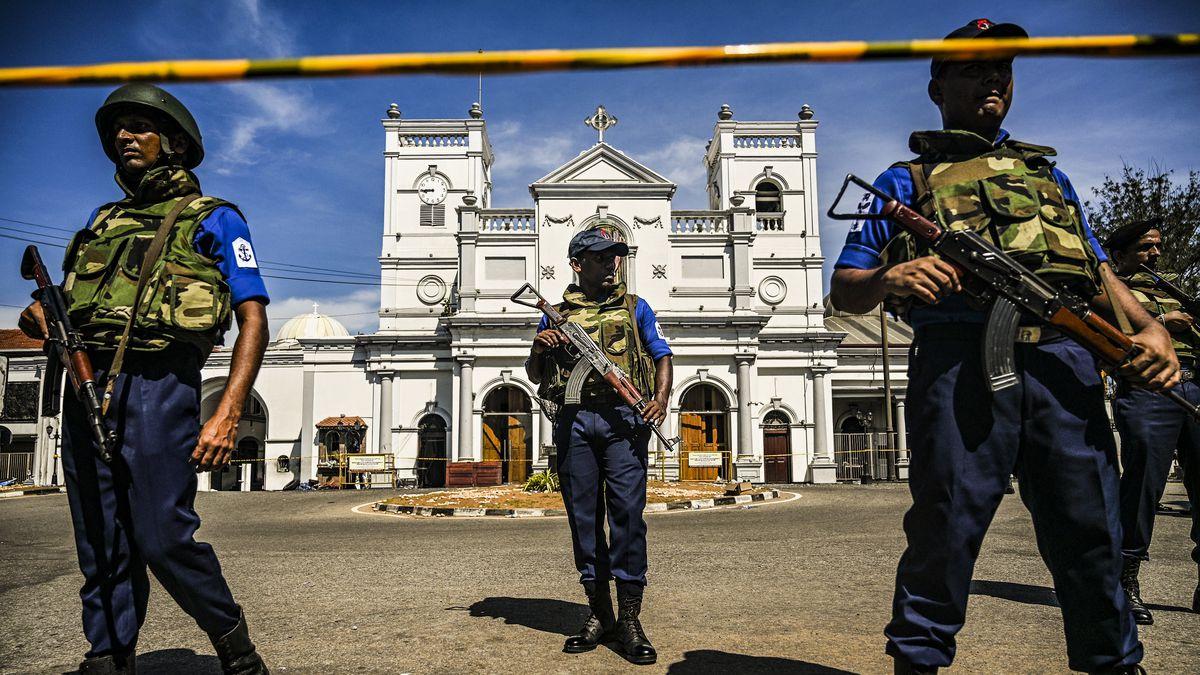 The Championship commenced on the 21st of April, the grim fateful day where multiple bomb blasts rocked the Island. With Qatar being 2 hours and 30 minutes behind Sri Lanka, the entire team woke up to the horrible news of the destruction that was taking place in Sri Lanka. The team which should have been focused on the championship were frantically trying to get in touch with family and loved ones back at home as reports kept coming in about more bomb blasts.  The Sri Lankan contingent commenced the championship with heavy and fear laden hearts about the situation at home and were concerned about the safety of their families and loved ones.

Having landed in Qatar on the 18th, the Sri Lankan team had two training sessions prior to the start of competition. As mentioned earlier, Qatar being 2 hours and 30 minutes behind Sri Lanka, the athletes did not have enough time for their body clocks to adjust to the change having only had 48 hours of rest prior to the championship. Majority of the Asian Athletic Championship events were held in the evening, commencing under lights at 6pm Qatar time and 8.30pm in SL. The athletes would have normally been well rested and ready to sleep by that time back at home. None of the athletes had trained nor competed under lights in the run up to the championship. 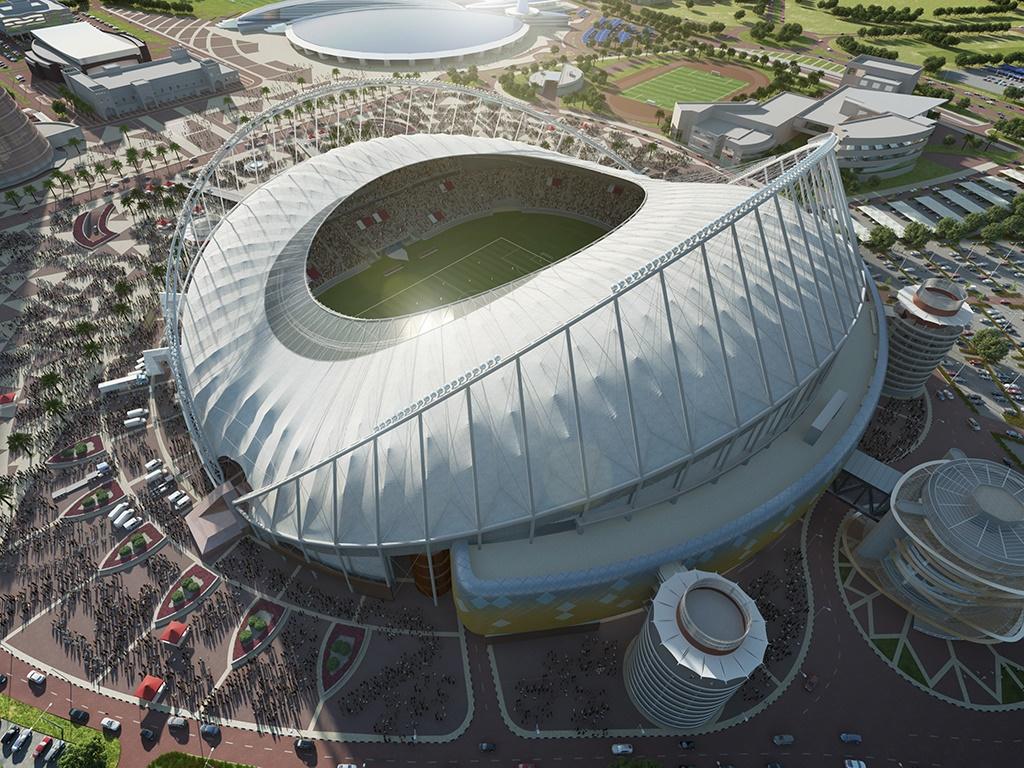 The host venue of the 23rd Asian Athletic Championship, Khalifa Stadium in Qatar is a one of the iconic stadiums in the world that host athletic competitions. The multi-purpose Sports complex which will also be one of the main venues of the 2022 FIFA World Cup is the largest open stadium ever to have air cooling facilities. A cooling plant one kilometer away from the stadium pumps chilled water to the stadium via pipeline. Once there, the chilled water is used to cool the air which is blown onto the field of play and spectator seating areas through air vents around the stadium. Throughout the championship, the temperature inside the stadium ranged from 23 to 25 Celsius. Having trained and competed under the scorching sun during the day, it was an uphill task for the Sri Lankan athletes to replicate their best performances competing in cold weather in the night.

The synthetic surface at the Khalifa stadium is a Mondo Super X Performance track which is a pre-fabricated synthetic rubber track. Regarded as a track that aids sprinting, Mondo is the preferred surface at most international venues. Most of the Sri Lankan athletes stated that they experienced some extra bounce off the surface as against the Conica track available at Sugathadasa stadium which is the only synthetic track available in the country. Acclimatizing to the difference of the surface surely hindered the field athletes in the likes of Sumedha Ranasinghe who competed in the Javelin event and made it difficult for the jumpers Prasad Wimalasiri and Dhanushka Piyarathna to find their rhythm in the highly technical long jump event. 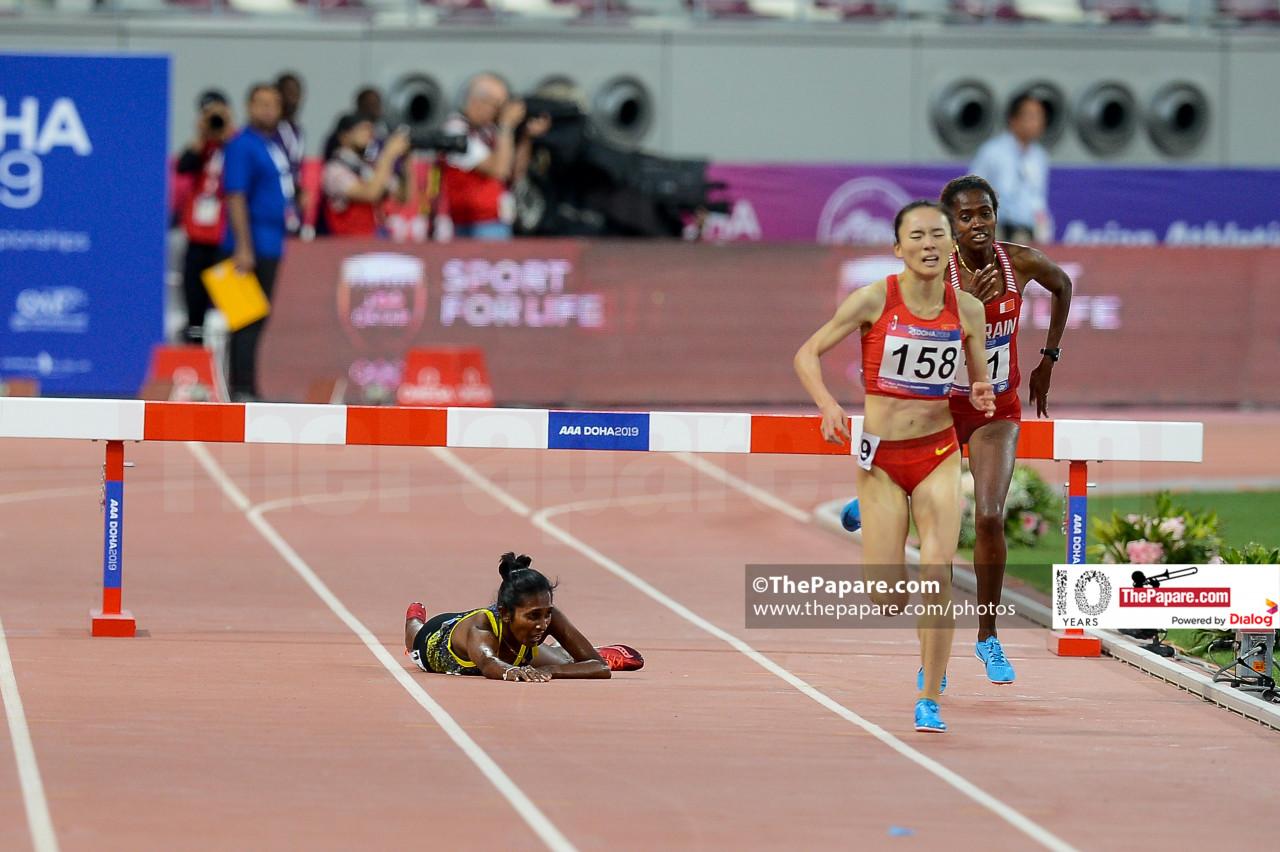 Nilani Ratnayake who missed out on a bronze medal in the final 30 meters of the women’s 3000m steeple chase after losing balance trying to clear the final hurdle said “It was a really fast track, I really enjoyed my run but it was difficult to get used to the extra bounce it provided”. Having mostly trained at the grass surface at Torrington with only a couple of sessions possible at Sugathadasa, it is not an easy task to acclimatize to the Mondo surface overnight. With the Minster of Sport promising 5 more synthetic surfaces to be laid in the country it will be good if we can look at getting a Mondo track as it will help the athletes prepare for international competitions.

Sri Lankan athletes do not receive enough opportunity to compete against good competition and this results in them not being able to improve their performances. It is heart breaking how people who are quick to point at the missed medals don’t realize how much of a handicap the Sri Lankan athletes face when going up against athletes from other countries. To put this into perspective, Sri Lankan female 4X400 relay team renewed the 20-year-old national record of the event at the Asian Athletic Championship despite coming fourth and marginally missing out on a Bronze medal. This was the first time a Sri Lankan female 4X400m relay team was entered for a competition after 2016. 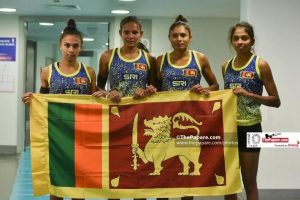 It’s astonishing to note that this record-breaking quartet of Nadeesha Ramanayake, Dilishi Kumarasinghe, Upamalika Rathnakumari and Nimali Liyanarachchi had never run a relay together even in Sri Lanka and managed to wipe out a national record in their very first race as a team. Steeple Chaser Nilani who also missed out on a medal is also a victim of not receiving ample competition. This is only her third International competition ‘EVER’. Having debuted at the 2017 Asian Athletic Championship, Nilani was placed 6th in last year’s Asian Games and got her next international competition at this year’s Asian Athletic Championship. During this period this courageous athlete has renewed the 3000m steeple chase national record thrice in Sri Lanka, running on her own with the rest of the Sri Lankan athletes not matching up to her standards.

A full playing kit, a basic requirement and a facility that is provided to even a very young school teams in this day and age is not a luxury that is afforded to the Sri Lankan athletic teams that go on tour. While they receive a tour t-shirt and a running skinny which differs from tour to tour, the athletes do not receive a track top or a bottom that is essential to keep them warm during the events nor do they receive a bag or a backpack.

Some of the other countries in the region have big-named brands as their sponsors with the athletes sporting team merchandise be it at the team hotel or at training, while our athletes have to resort to their own clothing even while at training to make sure they can perform to the best of their ability for the country.

While most of the top athletes of the other regional nations train and compete in Europe and the Americas, receiving top of the shelf nutrition and cutting-edge technology to aid them, our athletes are expected to compete against them and win medals while training at the grass banks of Torrington grounds trying hard to make ends meet for their families.

Herding the athletes to the sports hostel just a couple of weeks prior to an international competition and calling it the national pool is not going to miraculously increase the chance of our athletes defeating the professionals who are aided by professionals all year round.