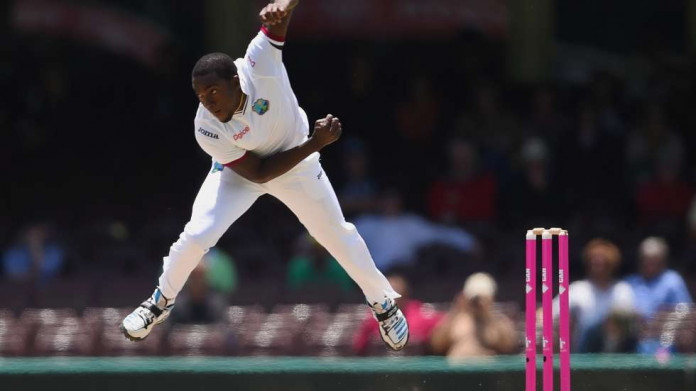 West Indies paceman Jerome Taylor has retired from Test cricket, according to the West Indies Cricket Board (WICB).

Taylor, 32, still wants to play in the shorter formats, the WICB said in a statement on Monday.

The right-arm bowler played 46 Tests for the Windies, taking 130 wickets at an average of 34.46, while he also made a century in the five-day format.

Taylor’s last Test was against Australia in Sydney in January.

Meanwhile, the Windies also said Denesh Ramdin was sanctioned for showing his frustration after being dropped.