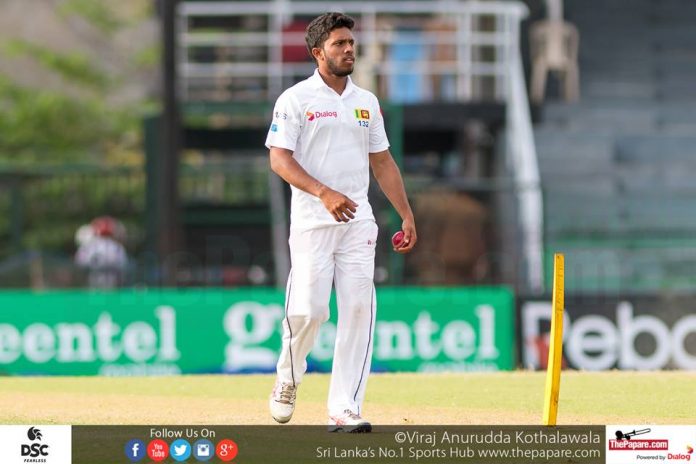 Sri Lanka’s chairman of selectors Graeme Labrooy has defended the axing of top order batsman Kusal Mendis for the three-match Test series against India that gets underway later this month.

The dropping of the 22-year-old, considered the brightest prospect in the country, hadn’t gone down too well with fans. When he went through a similar loss of form early this year, then head coach Graham Ford had backed him to the hilt without leaving him out. However, Labrooy reasoned out what prompted him to drop the young batsman.

“We didn’t want to throw him to the deep end or to take him to India and leave him on the bench. Instead, what we tried to do was to let him play some domestic cricket, work on his game and regain his confidence,” Labrooy told Cricbuzz on Monday (November 6).

“He is a confidence player. For him confidence is everything. He has got everything in his armoury. We don’t want a situation where he plays two more innings, gets two low scores and then drop him and destroy his confidence further. He has got age on his side and we want him to go onto become one of the greatest of the game. We want him to play for another ten years.”

Sri Lanka Cricket (SLC) announced a 15-man squad for the…

The dropping of opener Kaushal Silva also came as a surprise especially after coach Nic Pothas made him as an example as the sort of character the team needed. Silva had a top score of 27 after four innings during the Pakistan series last month which Sri Lanka won 2-0, but Pothas’ firm backing made everyone to believe that Silva was in Sri Lanka’s plans for India.

“We share the same sentiments with Nic. But, at the end of the day, you need to put runs on the board. Character, attitude, team spirit all these things are there but we expect more from him with the bat,” Labrooy explained.

The absence of Silva makes an opening slot vacant and Labrooy said Mendis’ former Under-19 teammate Sadeera Samarawickrama will fit that bill. “Sadeera is a player for the future. This is the correct time that we should bring him in. Now is the time for him to bite the bullet and take up that challenge against world’s number one ranked team. He will put pressure back on the bowlers by putting the loose balls away. (We are) very impressed with his game,” Labrooy pointed out.

“The number three position is a toss up between Lahiru Thirimanne and Dhananjaya de Silva. We are glad that Dhananjaya made some runs for Sri Lanka A in the Caribbean. He will be considered as an opener or number three batsman in the future and we don’t want to drop him to middle order,” Labrooy opinioned.

Middle order batsman Asela Gunaratne, who fractured his hand during the first Test against India, has recovered fully from the injury but was overlooked for the series. “Asela is fit and has been medically cleared. But then he has not played any cricket for three and half months. When you are playing the best team in the world, you need your players at their peak. If everything goes well, he will be back for the ODIs,” Labrooy added.

The selectors also overlooked fast bowler Nuwan Pradeep, who bowled exceptionally well in the scorching heat of UAE during the two-Test series against Pakistan. “We did a study of Nuwan and the games that he has played in the last 18 months. We feel that he can not take much of the work load. He gives 100 percent all the time. His body can take only one Test match, and then he needs to put in lot more effort to play the second Test. So we thought not to stress him. He will not be considered for the Test matches against Bangladesh as well in January. We are looking at him only for ODIs for the time being.”