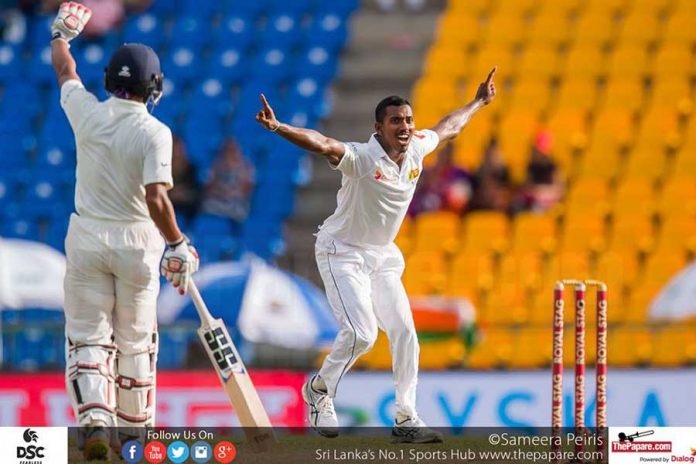 Left-arm fast bowler Vishwa Fernando has been added to the Sri Lanka Test squad for the two-match series against Australia, which starts on 24th January in Brisbane. He will join the squad on Friday and will be available for selection for the second match in Canberra.

Fernando has replaced injured fast bowler Nuwan Pradeep, who sustained a grade one hamstring strain during the tour game in Hobart last week. He only bowled a couple of overs before leaving the field in the Cricket Australia XI first innings.

Fernando will add some variety to the Lankan bowling attack with his left-arm action. He has played two Tests, in 2016 and 2017, against Australia and India respectively and has managed to take only three wickets at 34.33.

After a lengthy injury layoff, Fernando returned to first-class cricket in the ongoing ‘Tier A’ tournament for Colombo Cricket Club. So far, he has picked up 9 wickets in 6 games this season on non-responsive pitches for fast-bowling in Sri Lanka.