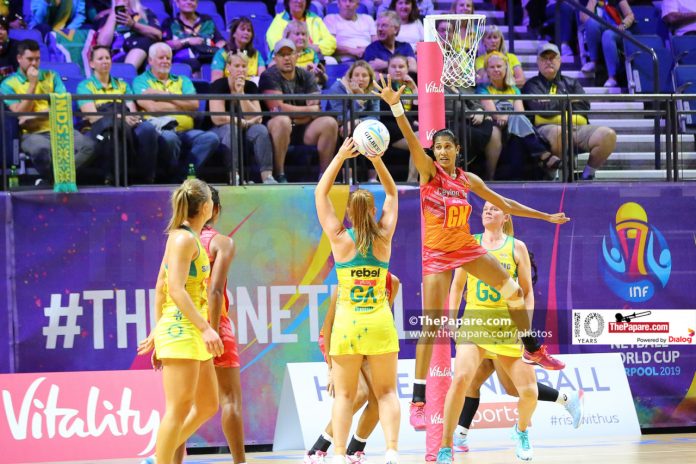 Sri Lanka remain at 18th position in the updated Netball World Rankings following the Netball World Cup which was held in Liverpool in July.

Going into the tournament with high expectations of finishing within the top 12, the Lankans, led by Chathurangi Jayasuriya, had a disappointing World Cup campaign, only managing 2 wins in 7 games. Both of their wins came against Asian rivals Singapore, who have dropped a further 2 spots to 28th in the World.

The silver lining for Sri Lanka is that they have managed to stay well ahead of the Asian pack at 18th, with Malaysia at 27th and Singapore 28th lagging behind. Sri Lanka defeated Singapore comfortably in both their Group E encounter and the 15th place playoff. Malaysia was not a part of the World Cup, having failed to qualify for the tournament as a result of finishing 3rd at the Asian Championships which also acted a qualifier for the World Cup.

Despite being unable to move up the rankings, Sri Lanka will be encouraged by their progress following the appointment of former Olympic hurdler and Asian Netball Champion Thilaka Jinadasa as Head Coach as the team has risen from 27th to 18th in the World Rankings within the last one and a half years.

>>How the rankings work<<

World Champions New Zealand have moved up to No. 2, while Australia remained at No. 1, despite going down to the Silver Ferns in the World Cup final. South Africa have been unable to break into the top 4, although an impressive 4th place finish at the World Cup, while England remained at No. 3.