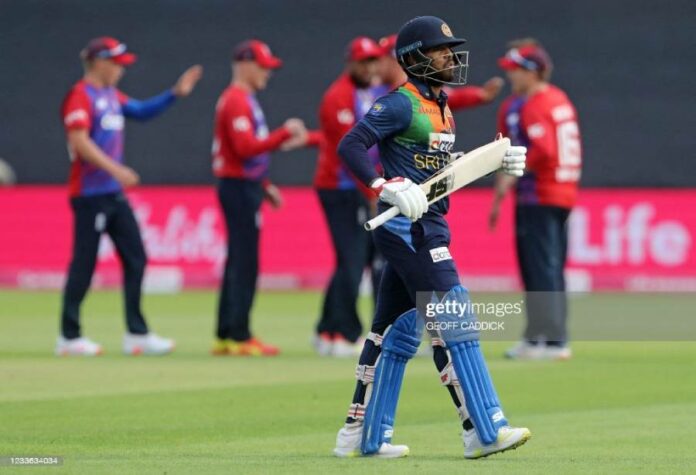 Disgruntled Sri Lanka cricket fans launched a campaign to shun their team on social media after they slumped to a dismal Twenty20 series drubbing in England.

England recorded a thumping 89-run win at Southampton on Saturday to sweep the contests 3-0 — a fifth consecutive series defeat for Sri Lanka in the shortest format.

As the hashtag #unfollowcricketers began to trend on Facebook on Sunday, thousands of fans boycotted the Facebook pages of vice-captain Kusal Mendis and opener Dhanushka Gunathilaka, the newscenter.lk website said.

Fans were also sharing memes asking each other not to watch the national team on television.

“Unfollow all these failed cricketers,” said Ahmed Inaamulhaq on Twitter. “Don’t let them have the social media attention if they can’t perform for the national team. They do not deserve massive fan bases.”

There was no immediate reaction from any of the senior players, but some observers posted that the latest performance in England was one of the team’s worst in three decades.

“I have been watching cricket matches since 1993 but I have never seen such a weak Sri Lankan cricket team,” sports reporter Manjula Basnayake said on Twitter. “They can’t hit the ball. #SLvENG.”

England’s 180 proved well beyond Sri Lanka, who were all out for 91 as left-arm quick David Willey took 3-27.

England and Sri Lanka meet again in the first of three one-day internationals at Chester-le-Street on Tuesday, with the Sri Lanka batting set for another stiff test against the 50-over World Champions.

“We knew it was going to be a tough series coming into it, but our batting wasn’t up to the mark,” said Sri Lanka captain Kusal Perera.

“That was our main issue. We couldn’t get used to the pace and the bounce of the pitches and conditions.”

Sri Lanka have played 10 Twenty20 series since October 2018 and won only one. They have lost two each to England, New Zealand and the West Indies and one each to Australia, India and South Africa.