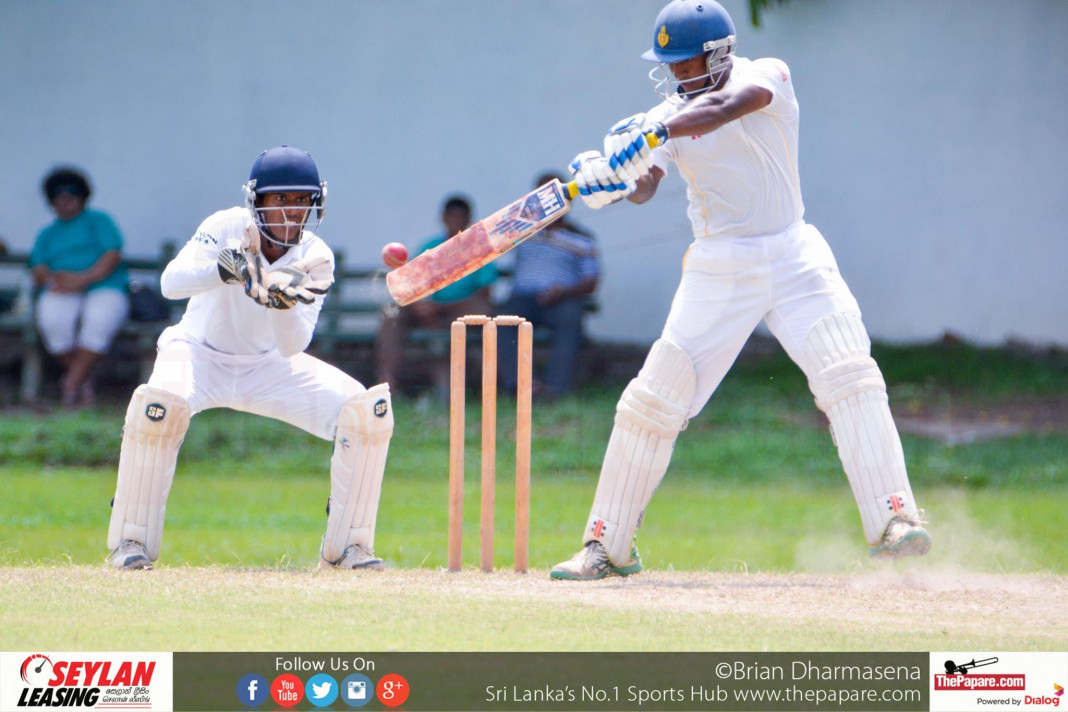 Here’s brief look into a few matches which took place today in the Singer U19 Division I cricket tournament 2016/17.

Royal College took honours on day 1 of their group B encounter against Isipathana College at Royal Grounds.

The visitors won the toss and opted to bowl first given the overcast conditions. Royal top order and middle order chipped in with valuable cameos which helped them reach 310 for the loss of 9 wickets in 70.2 overs.

Pasindu Sooriyabandara who returned to the team after successfully recovering from a shoulder injury top scored with 79 while Ronuka Jayawardane scored a valuable 49. Rithmika Nimesh, fast-bowler Niranjan Wanniyarachchi and left-arm spinner, Lahiru Dilshan shared 2 wickets each for Isipathana.

The visitors won the toss and decided to field first. Suhanga Wijewardane and Kasun Sandaruwan top scored with 40 each as the Nalandians managed to post 229 all out in 65 overs. Mithila Geeth bagged 4 for 26 for the boys from Kandana.

At stumps, De Mazenod were 42 for 2 in 13 overs in their first innings.