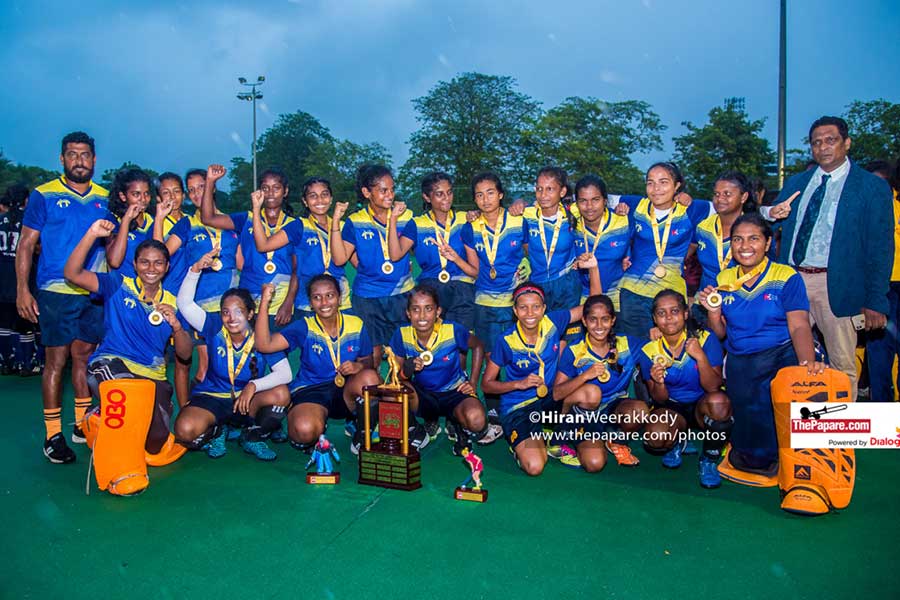 The junior women from the Wennappuwa Hockey Association clinched the maiden Women’s U21 National Hockey Championship 2019 as the tournament wrapped up 3 days of intense stick action.

In accordance to the event calendar ……….

On the final day of the tournament, Wennappuwa HA took on Kandy HA in the final battle of the inaugural event. After a classic game of Hockey, Wennappuwa pulled in 2 goals to secure their first National title of the year.

Kavindya Peiris opened the scoring for Wennappuwa in the 24th minute of the game, gaining momentum early on. In the 30th minute, Demindu Samudra netted the second for Wennappuwa and sealed the championship for her team.

The winning team along with other teams that performed well, will be called upon for National selection trials in the upcoming weeks. These trials will determine the Sri Lanka National U21 Women’s team for the AHF Women’s Junior Asia Cup 2020 which itself is a qualifier for the 2021 Junior Hockey World Cup.

Stay logged onto ThePapare for more news and updates on the upcoming trials!