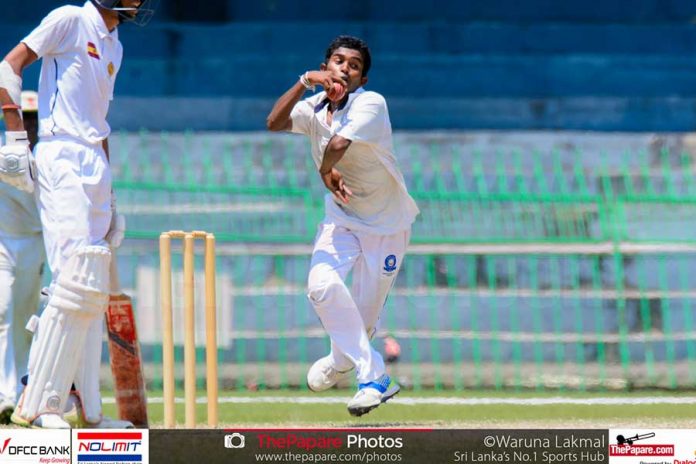 The Vazians won the toss and chose to bat first against a heavy scoring Gurukula side. It was quite evident that St. Joseph Vaz missed the services of their regular skipper, Nipun Dhananjaya, who is currently busy with his national duties. He also captains the SL U19 and has shepherded them to victory in their first two games of the Youth Asia Cup 2018 in Bangladesh.

The batting struggles of Joseph Vaz kept following them into this game too. They managed only 168-runs before being wrapped up by the Gurukua bowlers.
A 41 and 38 by Hasitha Gamage and Sohan Anurudda respectively were the only knocks of solace for the lads from Wennappuwa.
They were also bowled out for 127 and again restricted for 149/8 in their follow-on last week by President’s College, Kotte. That too was in the absence of Dhananjaya.

Coming into the game with an aggregate of over 550 runs in their last outing, the Gurukula batsmen kept up their good work in this game too. Particularly, Praveen Nimesh batted brilliantly to get to his first hundred of the season.

Kemira Nayanathara too put up a wonderful show to post an unbeaten 108 before declaring the Gurukule innings at 340/5 in 73.3 overs. This Gurukula top-order is in fine form and is promising to be one to look out for in the games to come. They indeed seem to be a very threatening batting unit to any opposition this year.

Being put to bat again, Gurukula College had about a quarter of the day left to bat. But the game was cut short due to bad light in the 13th over of the Gurukula innings when they were at 50 for 1. Since the light did not improve after that, the game was called to a draw by the umpires.