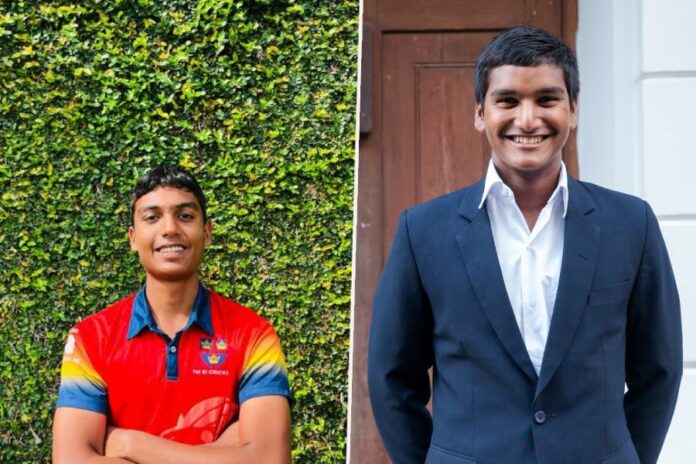 The traditional encounter between Royal College, Colombo and Trinity College, Kandy ended in a draw today (28th May) at Asgiriya International Cricket Stadium.

Read : Pathiraja and Somaratne stroke tons as Trinity takes charge on day one

Trinity College posted a solid score of 381 runs for their first innings with Pawan Pathiraja (133) and Ranuda Somaratne (100), scoring brilliant centuries. The spin twins Sadisha Rajapaksha and Gishan Balasooriya shared 7 wickets between them.

In reply, the visiting Royal College had a poor show with the bat as they were bowled out for 188 runs. Sadisha Rajapaksha, who starred with the ball earlier, showed his skills with the bat, top-scoring with a elegant knock of 87. Tharana Wimaladharma was brilliant with the ball for Trinity College who took 7 scalps for 64 runs.

The hosts began their second innings with a big lead of 193 runs but struggled with the bat in the second essay as they lost 4 wickets for 45 runs at the close of play on day two.