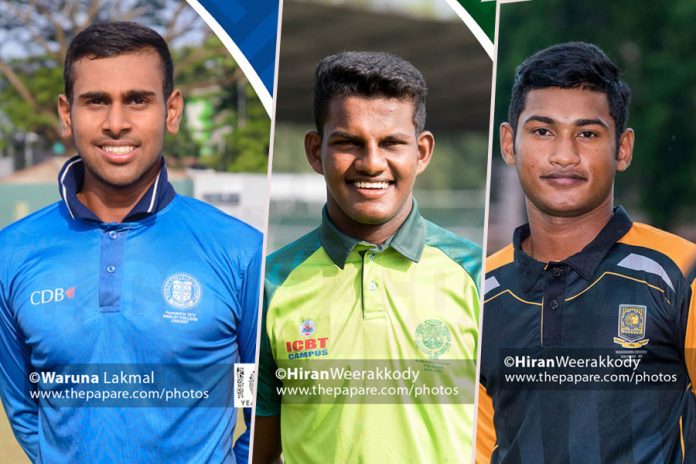 Two more Pre-Quarter Final Playoffs of the Singer U19 Division I Cricket tournament 2019/20 were played today while two traditional games concluded with results.

St. Benedict’s College hosting Maliyadeva College faced no threat from the Kurunegala boys as they registered a comfortable 8-wicket win with 24.2 overs remaining. Led by off-spinner Hasindu Kavirathna and left-arm spinner Malinda Perera who paved the way for this easy win restricting the opponents for 109. St. Benedict’s College will now meet the strong Trinity College outfit in the Pre-Quarter Final.

St. Sebastian’s College recorded a come from behind victory over St. Anne’s College today in Kurunegala. Resuming their overnight first innings score of 100/8, St. Sebastian’s went on to restrict the home team for 96 in the 2nd innings before they chased down the required 125 runs losing 8 wickets. Sandesh Fernando’s off-spin picked them 5 wickets to mark their comeback before Sukitha Prasanna’s half-century sealed the victory for them.

Wesley College skipper Rahul Gunasekara who starred with the bat on day 1 scoring 161, led his team with the ball today picking up a 5-wicket haul in the 2nd innings after Denuwan Mendis’ 4 wickets helped them restrict Kingswood College for 77 in the first innings. Kingswood College suffered a heavy defeat as the home team won by an innings and 141 runs.

Sri Lanka all set to Over 50’s World Cup

Perera fifty in vain as Thomas wins it for Windies

Video – No matter what you do, you’re gonna get...