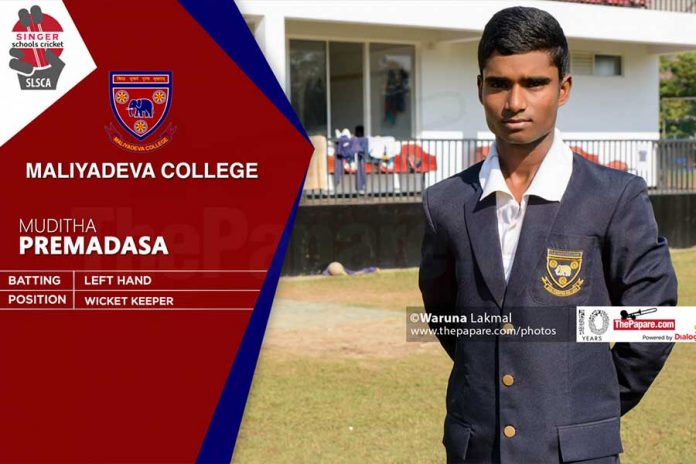 The visitors won the toss and elected to bat first. Skipper Muditha Premadasa slammed a ton racing his team to a massive first-innings total of 319 runs for the loss of 5 wickets.

The entire ‘Devans’ batting line up put their hands up and contributed as Gayana Weerasinghe helped the cause with 76 runs while Chaluka Athapattu and Brian Karunanayake remained unbeaten at the crease with 45 and 35 runs respectively when their skipper decided to close shop.

The Anandians batted for 3.3 overs for the rest of the day in which they scored 13 runs for the loss of 1 wicket.

The top-order batsman Ravindu Rathnayake led the batting for the day in this game while Thashika Nirmal was the star with the ball.

Lumbini College won the toss and elected to field first. Left-handed Ravindu took charge of the crease for the Pathanians and amassed 90 runs in style. Thevindu Dickwella smashed 48 runs in his usual explosive fashion.

Thashika Nirmal and Yasiru Yugath shone with the ball as Nirmal wrapped up a fifer while Yugath bagged 3 wickets. Isipathana College was bowled out for 218 runs.

Lumbini College in reply slipped deep into a pit as they were struggling at 6 runs for the loss of 4 wickets at close of play.

The right-arm seamer Yasiru Kasthuriarachchi and the tall left-arm paceman Dinath Dissanayake were the ones responsible for the upset. The Pathana pace duo picked up 2 wickets each to leave the boys from the opposite lane stranded in the game.