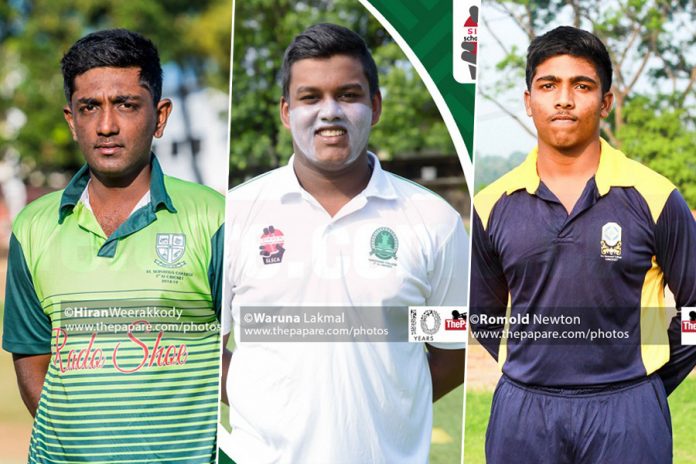 After being put in to bat first by the hosts, Isipathana batsmen crumbled for a cheap 143 thanks to seamer Sihin Sithumina’s heroics. In reply, de Mazenod College were on 104/4 at stumps on day 01 and they managed to push to 193, gaining a first innings lead of 50 runs thanks to a patient innings by Nimna Fernando who stroked a valuable 67.

Isipathana College came back into the game strongly in the 2nd innings, mainly ushered by opener Thevindu Dickwella’s unbeaten 71 as they remained 88/1 at stumps. The match ended as a draw.

A traditional fixture between S. Thomas’ College and St Servatius College commenced at Mount Lavinia as the visitors won the toss and elected to bat first before getting bowled out for 180.  Right-handed batsman Pushpitha Dilshan shone with a brilliant 88 for St Servatius College while Randiv Goonasekara claimed 4 wickets for STC.