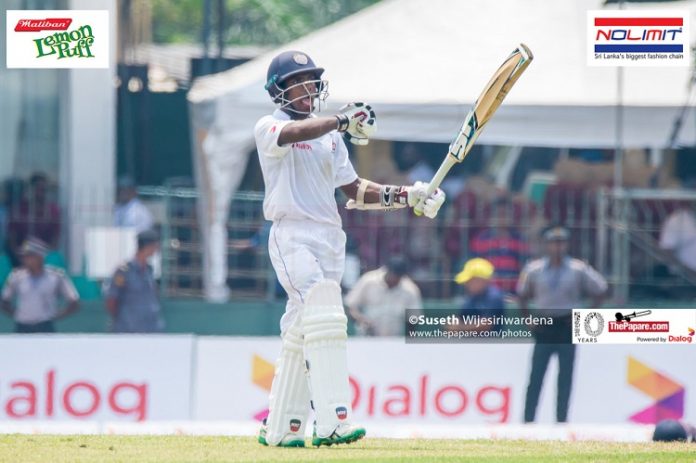 Two games of the Singer U19 Division 1 Cricket Tournament came to a close yesterday, 20th February, while two other games began.

The Mazenodians hosted the Sebastianites at their home grounds in Kandana. After winning the toss and deciding to bat first, the Kandana school amassed a mammoth 429 runs on the board. Sahan Kosala was the star of the innings as he scored a fine century while Saliya Jude took his share of the limelight with 97 runs to his name. Senior player Senash Fernando and skipper Nimna Fernando joined the party with half-centuries.

Left-arm spinner Kalana Sandeepa picked up a 5-wicket haul for the visitors.

In reply, the boys from Moratuwa batted out the second day, scoring fairly big. Nishitha Abilash was the top-scorer for the Sebs scoring 91 runs. Sukitha Prasanna too scored a well-made 89 runs while Induwara de Alwis settled to an unbeaten 51 runs.

The game ended in a tame draw as St. Sebastian’s College scored 370 runs for the loss of 6 wickets at close of play on day-two.

The Pathanians enjoyed some quality batting time at the centre in this traditional encounter. Saveen Dantha, Leshan Amarasinghe and Thiwanka Lakruwan all smacked half-centuries to get into good shape for the big match next week. Isipathana College scored 304 runs for the loss of 7 wickets and decided to declare their innings. Navodya Weerasekara was the pick of the bowling for the Kandy school as he bagged 4 scalps for 120 runs.

Nalanda College and Mahinda College set out on a traditional encounter where the Nalanda skipper, Avishka Perera reached the 1000-run mark in style with an unbeaten 112 runs at close of play. He also became the first Nalandian to score over 1000 runs in two consecutive seasons. The game will resume for day 2 today.

St. Sylvester’s College, Kandy and St. Anne’s College, Kurunegala are battling out in a traditional fixture too at the Annites home grounds. The Kandy school was undone for 142 runs in their first-innings and the hosts were at 94 for 3 at close of play on day 1.