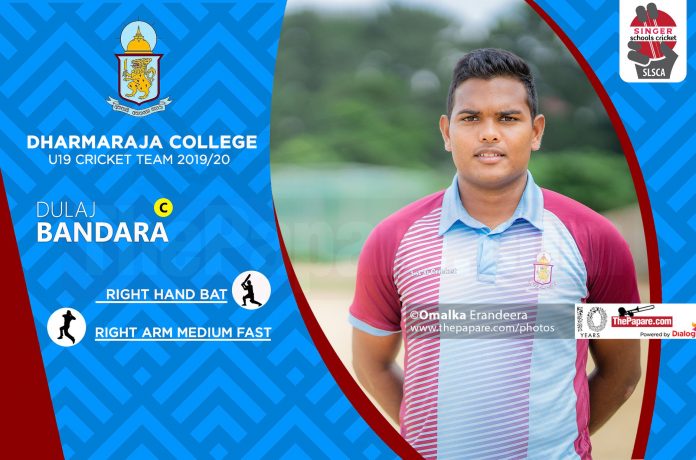 Mahinda College and Maliyadeva College ended their traditional fixture in a draw while 2 other games got underway in the Singer U19 Division 1 Cricket Tournament today, 16th December 2019.

The game was being worked off at the Maliyadeva College grounds where the host team won the toss and opted to bat first. It was a disappointing outing for the Devans as they were undone for just 139 runs. Gayana Weerasinghe top-scored with 39 runs while the star of the innings was Kushan Madusha who picked up 4 wickets for 32 runs.

Half centuries from Sandev Induwara and Subhanu Rajapakshe meant that Mahinda College was on top of this game as they posted 225 for the first-innings. Sakindu Wijerathne was a lone fighter for Maliyadeva who bagged 5 wickets for 59 runs.

Mahinda was well in line for an outright win by the second evening of the game. But, Maliyadeva tail enders showed resistance and saved a defeat at home. Skipper Muditha Premadasa hung around for a long while as he scored 79 runs. Kushan Madusha bagged 4 more scalps to end the game with 8 wickets to his name.

This group ‘B’ fixture is being unfolded at the picturesque home grounds of Dharmaraja College. Rajan skipper, Dulaj Bandara staged a beauty of a ton to put his team in a commanding position in the game. The right-hander remained unbeaten at the crease with 104 runs to his name by the beautiful sunset of Kandy. Chethiya Ekanayake who was his partner at bowler-roasting ended his knock at 94 runs.

It was a long day at work for the boys from Mt. Lavinia as Dharmaraja were at 270 runs for the loss of 5 wickets at the end of the 95-over day.

Play will resume tomorrow for day-two.

This was yet another traditional game in the day where the Antonians who are at the top tier of schools cricket clashed with the second tier team, St. Sebastian’s College, Katuneriya. The game is being played at Katuneriya and this venue is an absolute low-scorer.

Winning the toss and batting first, St. Anthony’s College ended at 159 runs for their first-innings. Binuk Kaushal’s 37 runs was the only noteworthy performance in St. Anthony’s batting while Sithum Akilanka topped the bowling chart with a fifer.

The reply from the host team was rather brief as they were bundled out for just 76 runs. Sandun Madushanka led the bowling for St. Anthony’s while their ace spinner, Kaveesha Dulanjana, off-spinner Romesh Suranga and Gihan Sathmika all bagged 2 wickets each.

The boys from Wattala batted for 12 overs in their second innings before the day was brought to an end and they were at 27 runs for the loss of 1 wicket.