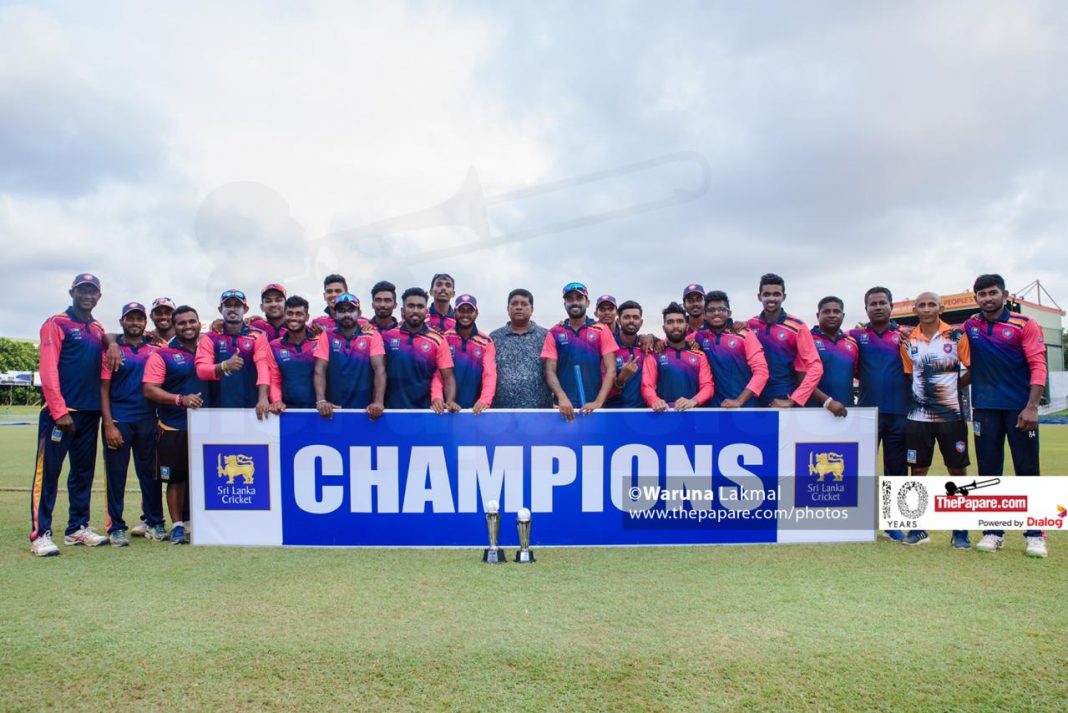 Chilaw Marians emerged champions of the SLC Invitation Limited Over Tournament when they defeated NCC by 91 runs at SSC today (31).

It was a flawless performance from the team of the tournament who also beat NCC in their group stage game.

Surprisingly NCC who defended well in both their knockout games, opted to field first as Chilaw Marians got off to a flier via Sumit Ghadigaonkar and Lasith Croospulle.

Ghadigaonkar made his lowest score of the tournament (78) after a century and 99 in his other two knocks, as Chilaw built a strong foundation for a good finish. The Marians had a slight wobble in the middle overs but Rumesh Buddhika made sure he held the innings together with an unbeaten 60*, as the other batsmen batted brilliantly around him.

Thikshila de Silva smashed 47 off 36 balls, while Kamindu Mendis chipped in with 44 before Chathuranga Kumara finished the innings off brilliantly with 16* off 5 balls.

The NCC spinners kept things tight during certain stages but they could not prevent NCC from reaching an imposing 295/8 with Chamika Gunasekara picking up two wickets.

The NCC run chase looked good when they reached 118/1 with Lahiru Udara making a half century at the top of the order, but things fell apart dramatically as NCC lost their last 9 wickets for 86 runs.

The much fancied NCC outfit will take on the dark horses of the tournament, Chilaw Marians, on Tuesday…..

It was Pulina Tharanga who trapped Pathum Nissanka in front to open the floodgates, but skipper Shehan Jayasuriya led from the from with a three-wicket burst, as the Marians got the better of NCC a second time in the tournament.

Kamindu Mendis was also impressive with his ambidextrous spin, as he captured three wickets on the eve to end as the highest wicket taker of the tournament (19).