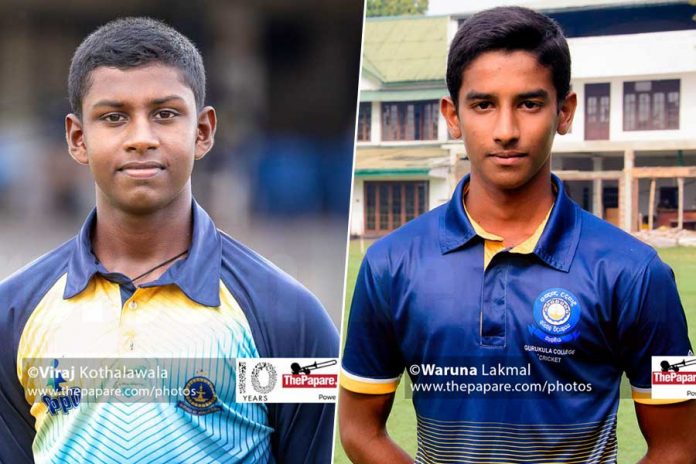 Group C fixture between Nalanda College and Thurstan College was conducted at the Thurstan ground, Colombo as the hosts won the toss and asked the opposition to bat first.

Nalandians racked up 184 runs to their 1st innings, assisted by a brilliant half century from the young gun Rashan Dissanayake who made it look easy in his 61. Left arm orthodox spinner Punthila Kumara was the main destructor of Nalanda as he picked up 4 wickets in his spell.

Chasing a modest first innings score, the hosts couldn’t get to a good start as left arm seamer Dineth Samaraweera struck twice in the opening spell. Home team finished off the day on 10 for 2 at stumps.

Bandaranayake College, Gampaha and Gurukula College, Kelaniya locked horns at Arons Cricket Club Ground, Bulathsinhala in the traditional fixture but the major part of the day was washed out for rain.

Boys from Kelaniya invited Bandaranayake College to bat first and they steamrolled the opposition for just 40 runs inside 26 overs. Left arm spinner Risitha Sankalpa starred with the ball for Gurukula with a 5-wicket haul while Sri Lanka U19 cap Praveen Nimesh and Thushara Madushanka shared 2-wickets apiece.

Before the rain interrupted the game, Gurukula College were 44 runs ahead of Bandaranayake innings with 8 wickets in hand.

Manoj Sarathchandra shines for John Keells with a fine fifty