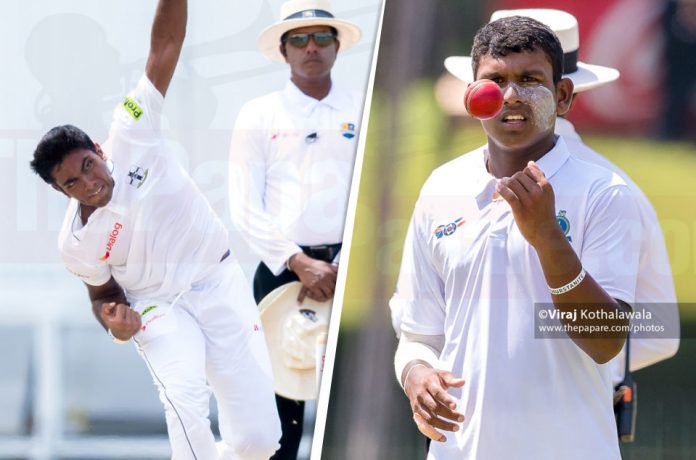 Read: Ayesh and Bawantha put Thurstan in command on day one

St. Joseph’s College managed to secure a place in the quarterfinals of the Singer Schools Under 19 Division 1 Limited Over Tournament as they registered a win over Zahira College today at Darley Road. After winning the toss, the visiting skipper opted to bat first but posted only 162 runs in 41.1 overs. Sri Lanka U19 cap, Mohommad Shamaz top-scored with a knock of 64 runs for the visitors.

Off-spinner, Captain Ashain Daniel showed his tricks with the ball taking 3 scalps for 13 runs for the hosts. In the run chase, Joes had no issues as they reached the target in 31 overs with 6 wickets in hand. Top order batsman and Vice Captain Johanne de Zilva made 51 runs for the hosts.

S.Thomas’ College defeated Isipathana College by 8 wickets in their pre-quarter final play off which was worked off today at Mount Lavinia.

After winning the toss, the visitors opted to bat first but the decision backfired as they were bundled out for just 106 runs in 27.2 overs.

Saveen Dantha, the chief contributor with the bat for the visitors made 52 runs. In-form left-arm fast bowler Kalana Perera, who bowled extremely well against Royal College in the recently concluded big match winning the man of the match award, continued his good work picking up another 7-wicket haul for 30 runs.

The Thomians chased down the target of 107 runs in 14 overs as the skipper Sithara Hapuhinna made a quick fire 54 runs helping the hosts to reach pre-quarter finals comprehensively.

The Thurstan College skipper Sandaru Dias won the toss and chose to bat first. They posted 323 runs for 7 wickets in the allotted 50 overs with Jayavihana Mahavithana (78), Sandaru Dias (62) and Bawantha Jayasinghe (53) scoring half-tons for the hosts.

Chasing a mammoth score of 324 runs to win, the visitors were never in it as they continued to lose wickets at regular intervals despite maintaining a healthy run-rate throughout the innings. Ravishka Wijesiri played a lone hand with the bat scoring 93 runs but left-arm spinner Ayesh Harshana was too good for them as he took 4 scalps for just 6 runs.