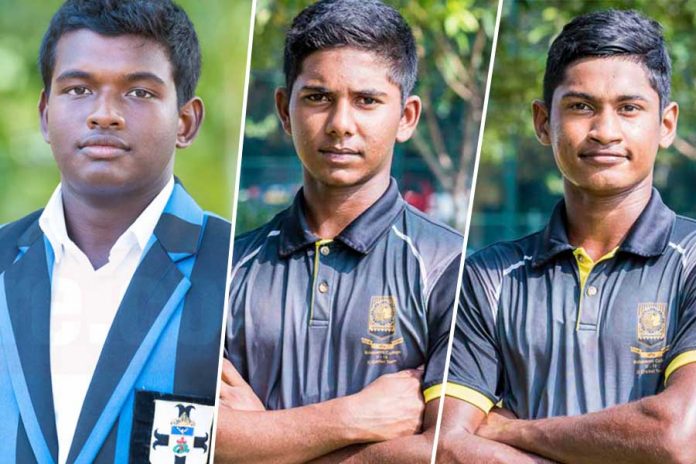 The bowling-heavy Trinity College visited the Matara school to work off the group ‘D’ fixture. The host won the toss and invited Trinity College to bat first. Useful knocks from wicket keeper Ashan Lokuketiya (61) and skipper, Pubudu Bandara (60) took their team to 237 for 9 as they decided it is enough and declared. Sachira Rashmika picked up a five-fer for St. Thomas’ Matara.

The Thomians were not at their best with the bat as they stuttered against the Trinitian spin duo, were Nagitha Wijesundara and Kavishka Senadeera, Who shared 9 wickets among them. The hosts were wrapped for 123 runs in the first-innings.

The follow-on was yet another melancholic scene for the boys from Matara as they surrendered for 116 runs giving Trinity College a 6-run target which they went past in the first bowl of the innings.

It was Wijesundara again, who shined with the ball as he took his tally to 11 wickets in the match with six-fer in the second-innings

This low-scorer was played at Katuneriya where the host won the toss and chose to field first. The boys from kegalle managed 147 runs for the first-innings. Skipper, Gajitha Kotuwegoda top-scored with 42 runs while Sithum Achiranga picked up 5 for 41.

St. Mary’s boys scored only 124 runs in the second-innings with Pasan Walisinghe being the top-scorer with 32 runs to his name.

Maheesh Theekshana mystery too much for Maliyadeva

The two put up a tamed draw at cinnamon gardens as Mahanama College decided to use the game for a batting practice. Being put to bat first, they scored 323 runs for the loss of 9 wickets and declared the innings. The latest addition to the Sri Lanka U19 squad from Mahanama,

Pawan Rathnayake constructed a ton to his name while the other U19 cap from the school, Sonal Dinusha also brought up a ton. Ayesh Harshana picked up a five-fer for Thurstan College.

Thurstan College in reply, batted the rest of the game out and scored 163 runs for the loss of 8 wickets. Yohan Liyanage top-scored with 49 runs.

Ananda College is hosting the school by the sea on a traditional game at Ananda Mawatha. Winning the toss and batting first, the visitors made a massive 354 runs for the loss of 8 wickets before declaring the innings. Thomian skipper, Sithara Hapuhinna amazed with 142 runs while Kalana Perera scored 54 runs after him. The off-spinner, Lakshitha Amarasekara was the pick of the bowlers with 3 wickets to his name.