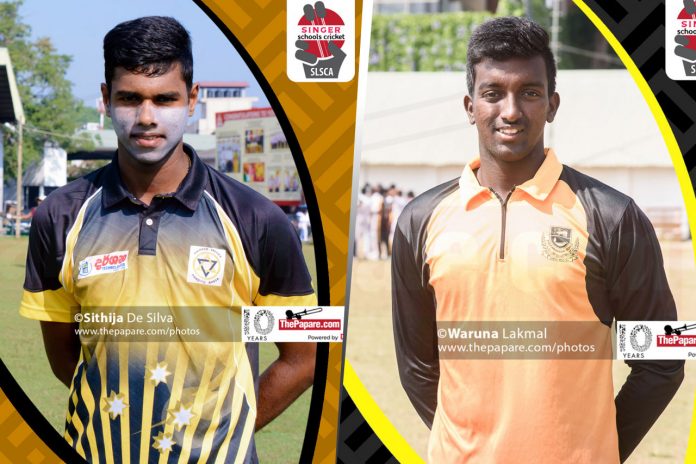 Three traditional encounters of the Singer Schools ‘Under 19 Division 1’ Two Day Cricket Tournament 2019/20 were played today across the island. The highlights of the day were the knocks played by Captains Muditha Lakshan (151*) and Navod Paranavithana (119*).

Subhanu Rajapaksha was the pick of the bowlers for the hosts as he took 5 scalps for 52 runs. In addition to this, Sirira Helitha and Kushan Madusha picked up 2 wickets each. The hosts replied strongly with the bat, gaining 222 runs for 3 wickets in 50 overs. Sri Lanka U19 capped left-hander Navod Paranavithana, who also leads Mahinda College this season, remained unbeaten at the crease after scoring a brilliant century.

The traditional encounter between D. S. Senanayake College and Thurstan College commenced today at Thurstan College Grounds in Colombo. The hosts’ skipper won the toss and invited the opposition to take the first lease of the wicket.

The visitors put a mammoth total of 345 runs on the board, with Muditha Lakshan continuing his good form with the bat this season by scoring a magnificent century. Muditha Lakshan, the skipper of D. S. Senanayake College, smashed 151 runs and remained unbeaten at the crease, while Chamath Yatawara chipped in with a valuable 80 runs.