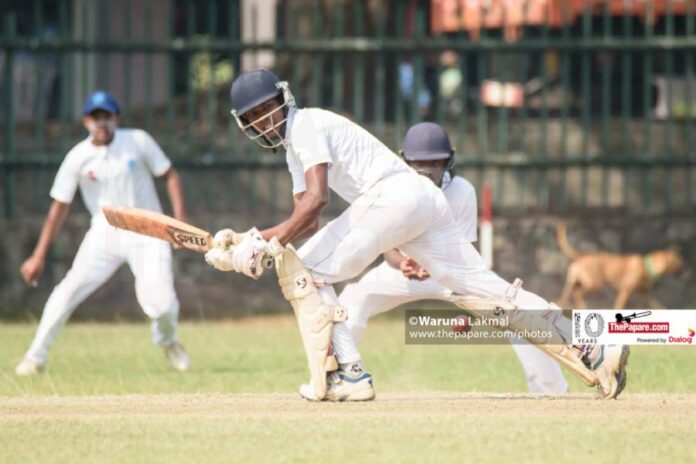 Wesley College beat S. Thomas College by 10 wickets to win the M. Sathasivam Challenge Trophy for the very first time since its inauguration in 1999.

Batting first, S. Thomas College were restricted to a low score of 129, to which Wesley College replied with a much better batting display putting on 256 runs on the board.

Sahil Dias showed his class with the bat powering his way to a magnificent century. Dias knock included 10 fours and 3 sixes.

S. Thomas College were expected a better batting display in their second essay but it wasn’t to be the case as they once again failed with the bat being bowled out for just 134 runs setting an easy target of 12 runs for Wesley College.

However, the lads from Rathgama managed to outsmart the well-known school from Colombo in a thrilling draw.

The Peterites finished the game at 196 for 9 and managed to save the game and their honour. Irushka Thimira picked up a match bag of 8 wickets claiming 4 wickets in each innings for Devapathiraja College. Danal Hemananda who scored back to back half-centuries and picked up five wickets stood out for St. Peters’ College.