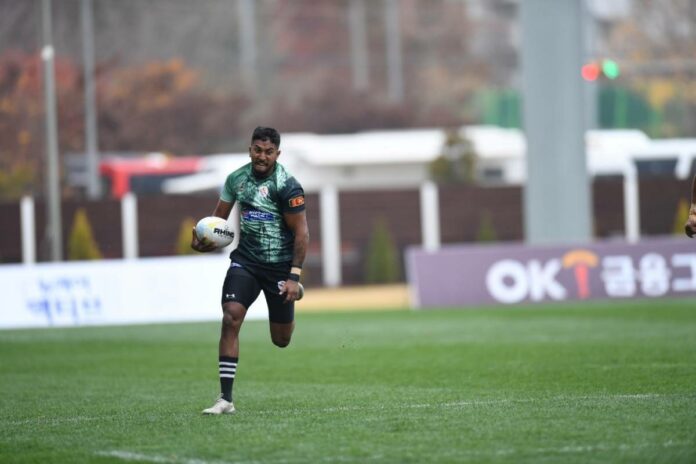 Tuskers who were drawn in Pool A ended day 01 as the second-seeded team of the group having two out of the three games that they played on the opening day. Despite losing their opening game at the hands of the strong Hongkong team who ended up as the eventual winners. Tuskers showed great resolve as they managed to defeat UAE and the vastly improved China team during the first round to earn a spot in the Cup Semifinal against the host South Korea.

Despite a strong start to the first half of the game by the Sri Lankan team who managed to score two tries in quick succession, host South Korea used their physicality to their favor with a second-half flurry. South Korea won the game 31-14 to book their spot in the final against Hong Kong who defeated the Philippines in the other cup semifinal.

Sri Lanka locked horns against the other losing semifinalist Philippines for the 3rd/4th place playoff game. Tuskers got onto a blistering start with their talismanic skipper, Srinath Sooriyabandara dazzling the Philippine defense to score the opening try. Philippines realizing that they had a massive advantage being the more hefty outfit, opted to make the game more physical. Sri Lanka was found wanting in the contact area with the bigger Philippines dominating and managing to dictate terms against the Islanders who kept toiling hard but could not match the physicality of the volcanos.

With a 19-12 close win against the host South Korea, winners of the first leg of the Asia Rugby Sevens Series in Thailand, Hong Kong continued their good form winning the Cup final of the second leg. With this win, Hong Kong will be the favorite to clinch the Asia Rugby Sevens Series 2022 title with a top-four finish in the final leg of the series in Dubai being sufficient for them to become overall winners. 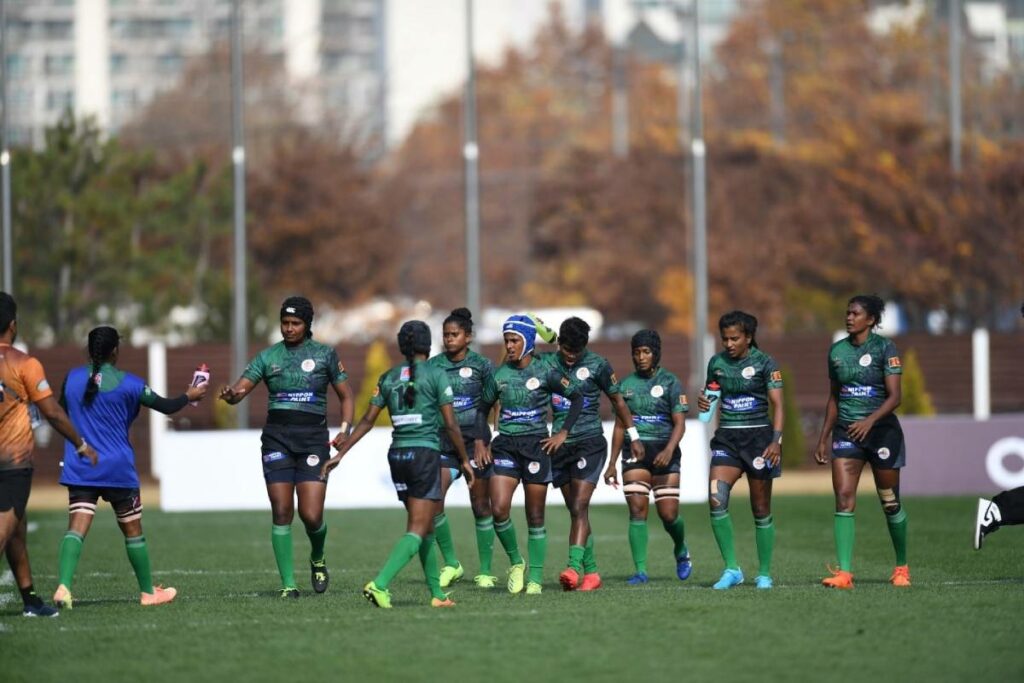 Sri Lankan Women’s team had a difficult first day losing all of their first-round games at the hands of China, Hong Kong and Kazakhstan teams. The Lady tuskers failed to cross the in all three games with the scores reading 55-00, 47-00 and 46-00 respectively.

The ladies faced Malaysia in the plate final and managed to dish out a hearty performance against the Malaysians winning the game 17-14 to book a spot in the Plate final against Hong Kong. Sri Lanka were outmuscled by the strong Hongkong side who ran away winners with the score line reading 47-07 in their favor. In the women’s cup final Japan defeated their archrivals China 14-19 to clinch top honors.

Third and the final leg of Asia Rugby Sevens Series 2022 will be held at Al Ain in the United Arab Emirates on the 26th and 27th of November.