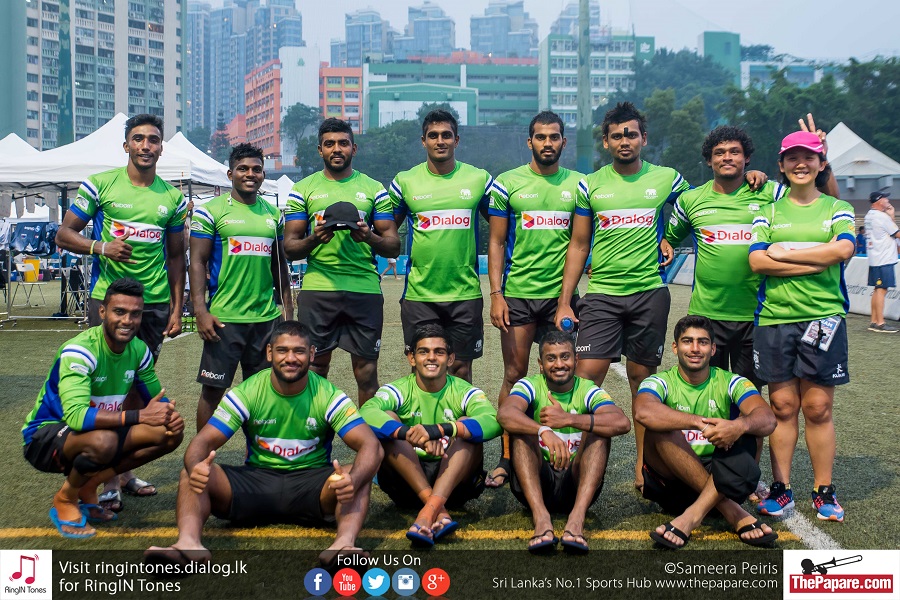 Tuskers finished strong in the 1st leg of the Asia Rugby Sevens Series as they beat the Philippines by 32 points to 19 in the Plate finals in Hong Kong.


The Philippine Volcanoes started off brilliantly, showing their strength in the first few minutes of the game. Their first try came in the very first minute when Vincent Young made a telling run on the outside, dragging a few defenders with him and getting the inside pass to Tommy Gilbert who went over. (SL 0 – PHI 7)

The Tuskers then came back hard with a brilliant try. They showed skillful hands and brilliant running lines which left the Volcanoes’ defense scattered. Ultimately it was Tarinda Ratwatte who went over the line to get the first points on board for the Lankans. (SL 5 – PHI 7)

The game was swaying from one side to the other as the Philippines extended their lead with an unconverted try when the Tuskers were brought down to 6 men after Skipper Sudarshana Muthuthanthri received a yellow card for a 2nd consecutive infringement. It was Vincent Young who scored for the Volcanoes. (SL 5 – PHI 12)

Just seconds away from half time, the Tuskers bounced back once again as Naveen Henakankanamage made the initial run and got the offload to Srinath Sooriyabandara who stepped and danced his way toward the try line and passed to Dixon who dotted down. Tommy Gilbert received a yellow card for a late tackle on Dixon.

Tuskers were still trailing by 2 points but soon the tides changed and the Lankans were just toying with the big Philippines’ players. The Philippines’ restart was turned over, Sooriyarachchi took the tap, passed to Muthuthanthri and the rest was history. Muthuthanthri showed brute strength as he stormed through the defenses from half way to run all the way to get the lead for his team. (SL 15 – PHI 12)

The Lankans did not hold back as Sooriyarachchi got on the act yet again, collecting the rebound from the restart, he used the width of the pitch and ran wide, drawing defenders towards him. Naveen came in for support at the right time, got the offload from Soori and he used perfect technique to push himself over the try line. (SL 20 – PHI 12)

A few moments later, Buddima Piyaratne got his name on the score sheet. A knock on from the Volcanoes was gathered by Sooriyarachchi who got the pass to Dixon. Dixon spotted that no one was backing up for the Volcanoes and went for the boot. Buddima beat Dixon to the ball and went all the way to score under the post. (SL 27 – PHI 12)

Tuskers went onto score their 6th try in the 12th minute. Sooriyarachchi took the ball from the scrum, ran a few yards and got the inside pass to Dixon who went over for the second time. Seconds before the final whistle, Daniel Mathews went over the try line for a consolation try for the Volcanoes. Tuskers finished 5th in the 1st leg and will have 3 weeks before the 2nd leg to get themselves ready to face their Asian Counterparts for a place in the World Rugby 7’s series.