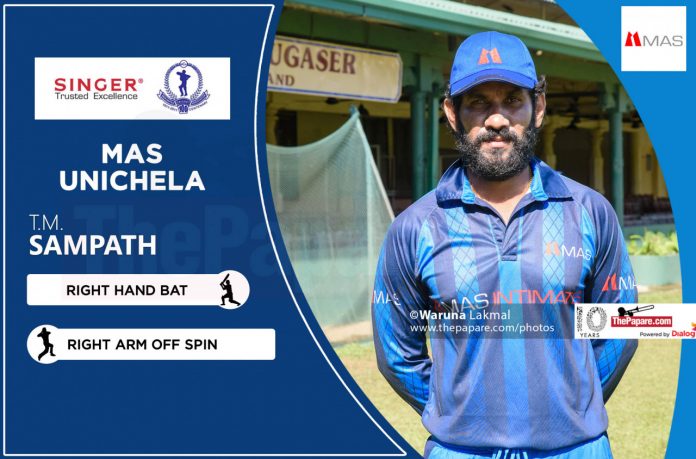 MAS Unichela booked a final berth thanks to a special knock from TM Sampath who made 77 runs in a tricky run chase.

DIMO posted 168/9 in their allotted 20 overs with Thikshila de Silva stroking a fluent half-century. None of the other batsmen managed to capitalize on their starts, but DIMO posted a competitive score on a tricky surface.

TM Sampath continued to attack the DIMO bowlers despite the lost partners in the run chase, but Chamara Silva (17*) and Hasaranga (12*) made sure to finish off Sampath’s good work as they got home with two balls to spare.

Dilesh Gunaratne bowled best for DIMO picking up 2/25 in 3.4 overs.

Unichela will now meet the winner of the second semi-final scheduled for tomorrow between SLC Emerging and Hayleys at the MCA grounds.

The final of this tournament will be played on Sunday (26th January) at the MCA, with the live coverage available on ThePapare.com from 9.30 am onwards.