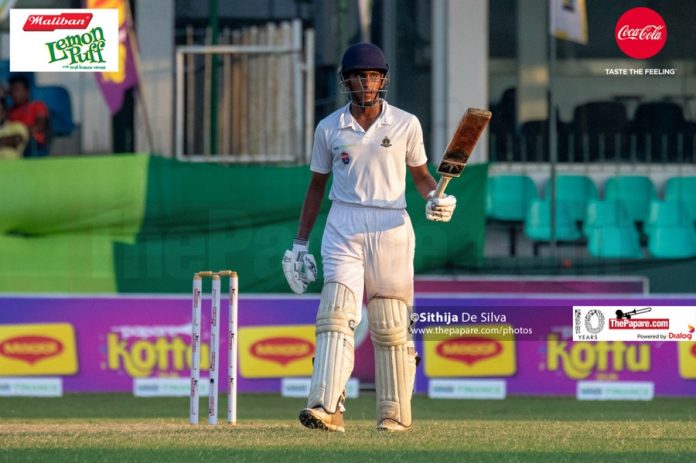 March Madness 2020 was kickstarted at the Sinhalese Sports Club Grounds today with the Battle of the Brothers, which takes place for the 57th time between Thurstan College and Isipathana College. Thurstan College ended the day with a slight advantage of 130/5 in reply to Isipathana’s 210 in the 1st innings.

Thurstan skipper Jayavihan Mahavithana won the toss and invited his opposition number to bat first at the SSC pitch, which usually assists the seamers in the first hour of the day.  The decision paid off fantastically for Thurstan College as they managed to reduce Isipathana college to 37/4 in the 15th over.

Star all-rounder Bawantha Jayasinghe struck gold in the first over of the match, manufacturing a nick off with the movement off the seam, removing the opener Thevindu Dickwella as the first wicket. Jayasinghe made life difficult for the Isipathana top order and secured a 2nd wicket to his name as well, dismissing the other opener Saveen Dantha with a caught and bowl.

After two more strikes, it was upto skipper Leshan Amarasinghe and Isipathana College’s most successful all-rounder of the season, Savindu Uthsara, to lift the innings to a respectable position. They did just that with a patient partnership of 117 runs, taking the total past 150.

In doing so, Uthsara played a brilliant 70-run knock with 8 boundaries and 2 maximums while Amarasinghe contributed with a valuable 65. 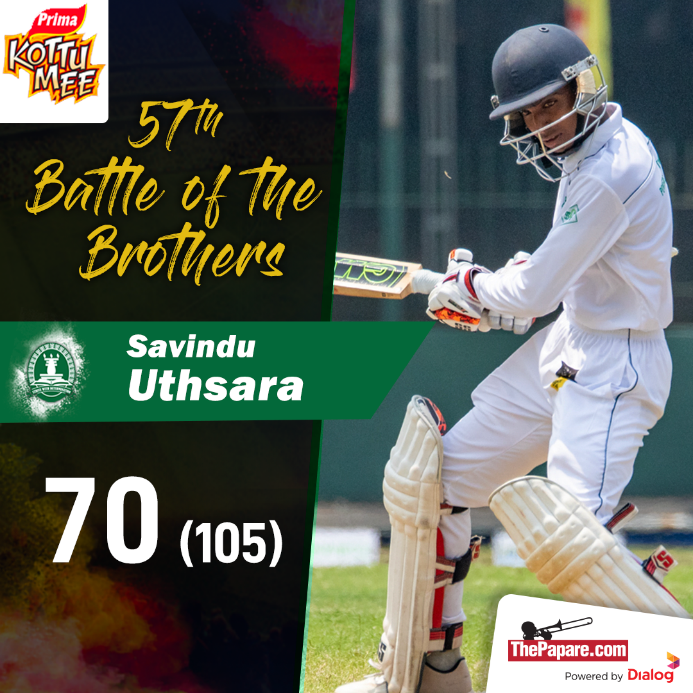 The Isipathana lower order was removed by Dhananja Silva, who picked up 3 wickets. However, the main destroyer of the Isipathana innings was Bawantha Jayasinghe, who ended up with 4 wickets for 53 runs. It almost evoked a sense of déjà vu from an incident back in 2019, when Jayasinghe decimated the opposition innings with a 5-wicket-haul on the first day and was found doing very similarly today.

It almost seemed like Thurstan College was given a comfortable 1st innings target to chase considering the batting power they possessed, but it was not meant to be as the dangerous batsmen, skipper Mahavithana and Yohan Liyanage, had to depart without having the chance to make any significant contributions.However, their star of the day Bawantha Jayasinghe arrived on the battlefield to rescue Thurstan from their poor start.

Jayasinghe launched a counter-attacking innings to unsettle the confident opposition as he reached 55 off just 69 balls. Vihanga Jayamanna supported him well before gifting his wicket trying to clear the boundary, presenting an easy catch to Dinath Dissanayaka off Sithuka Gunawardene’s bowling.

At the stumps, the Thurstanites were 130/5, with their saviour still at the crease with a 50 to his name, accompanied by Ranaesh Silva. Thurstan College is still 80 runs behind Isipathana in the 1st innings total, and the morning session for tomorrow will be crucial for both teams.

Stay logged on to ThePapare.com for LIVE coverage, Photos & latest updates of the 57th Battle of the Brothers 2019. Live action of day 2 can also be viewed on Channel Number 01 on Dialog TV.