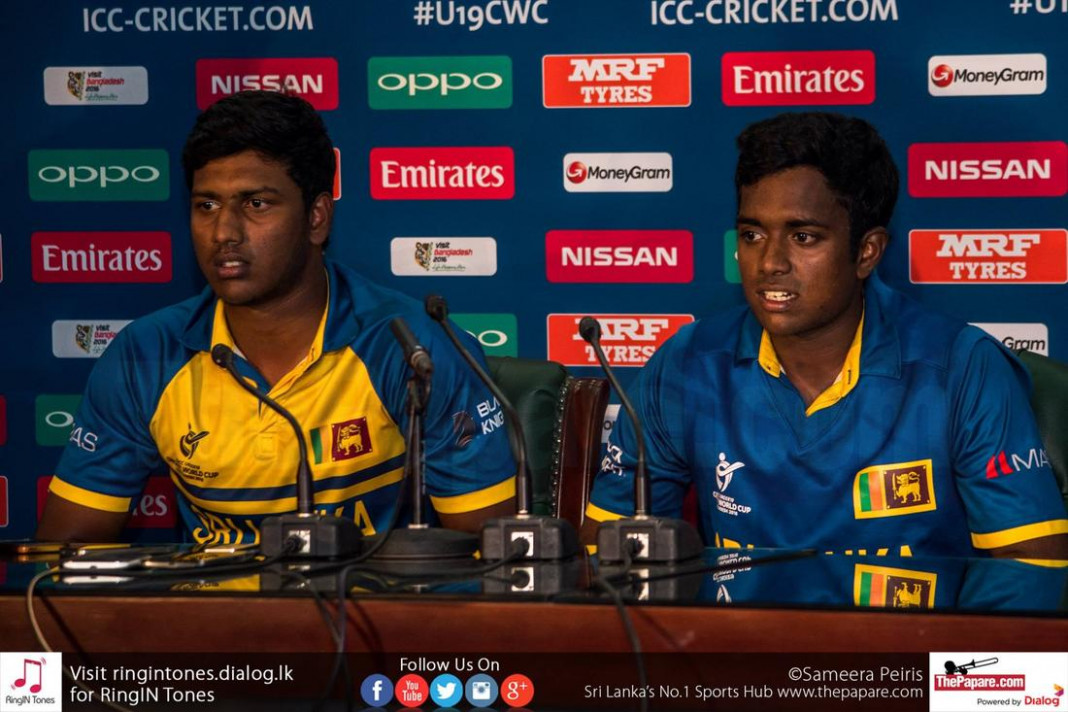 The Sri Lanka Schools Cricket Association has suspended three Sri Lanka Under-19 players for a number of schools cricket matches for violating the code of conduct in two separate quarter-final clashes in the trouble-plagued bottom half of the Inter School Under-19 cricket tournament.

Wanindu Hasaranga and skipper Charith Asalanka (both from Richmond) and Avishka Fernando from St. Sebastian’s are the players suspended.

“The SLSCA decided to suspend Wanindu Hasaranga for three matches and Charith Asalanka for two matches. They will be suspended for Limited overs matches or T20 matches. If they do not have any tournament matches this year, the ban will take effect from next year. The SLSCA inquired in to the matter and found that they had breached the code of conduct for players,” said Dilshan de Silva the secretary of the SLSCA in an interview with The Island.

The SLSCA had awarded the match to S. Thomas’ considering that they had the first innings advantage when the incident occurred.

St. Sebastian’s College player Avishka Fernando who also played in the ICC Youth World Cup is the other SL Under-19 player to have been suspended. “Avishka Fernando was suspended for five matches (limited overs or T20). He admitted that he deliberately threw the ball at a fielder when he was batting,” said the secretary of the SLSCA

The quarter-final between St. Servatius’ and St. Sebastian’s will be re-played at a neutral venue.