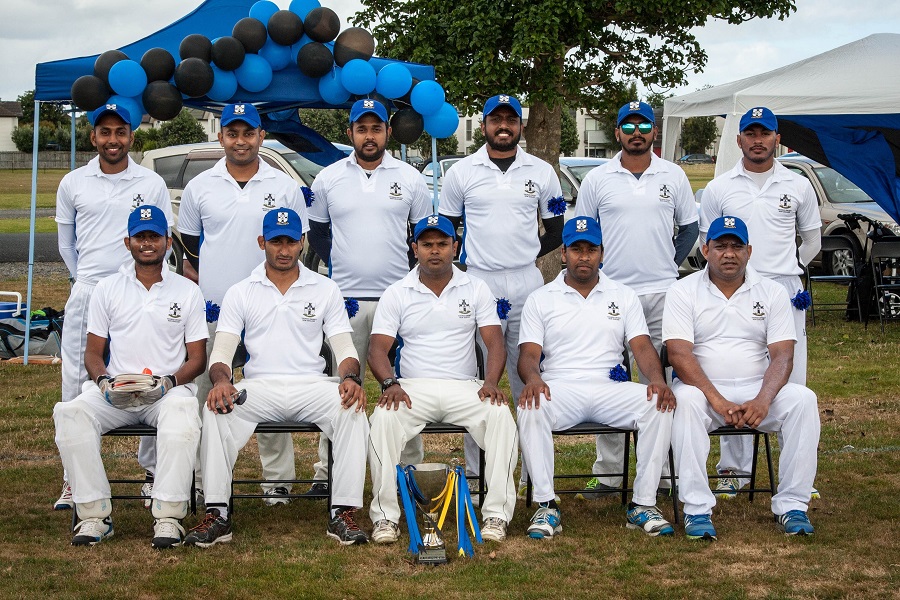 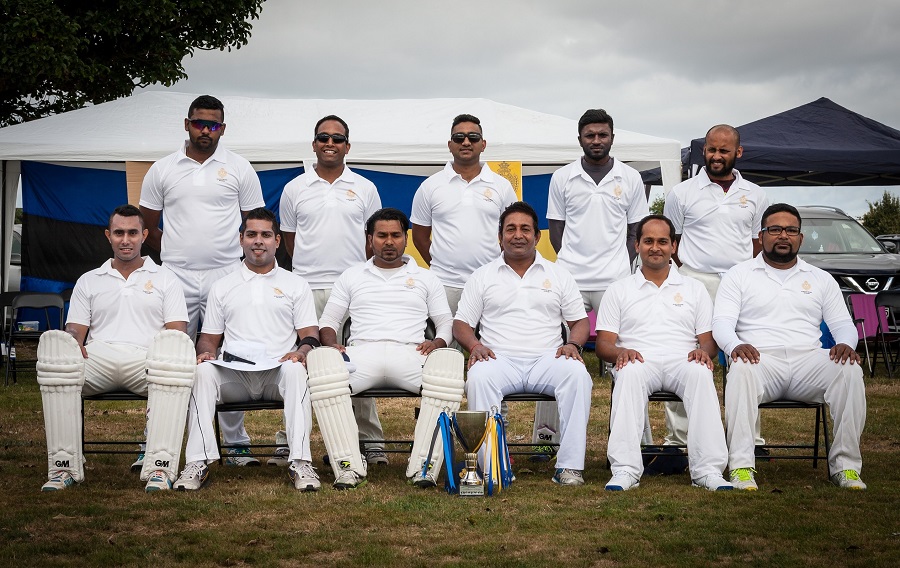 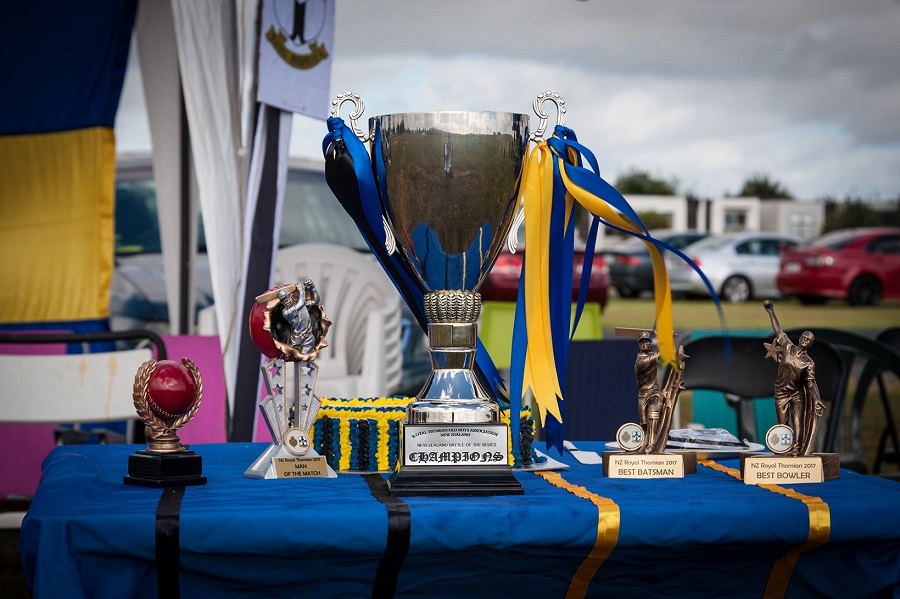 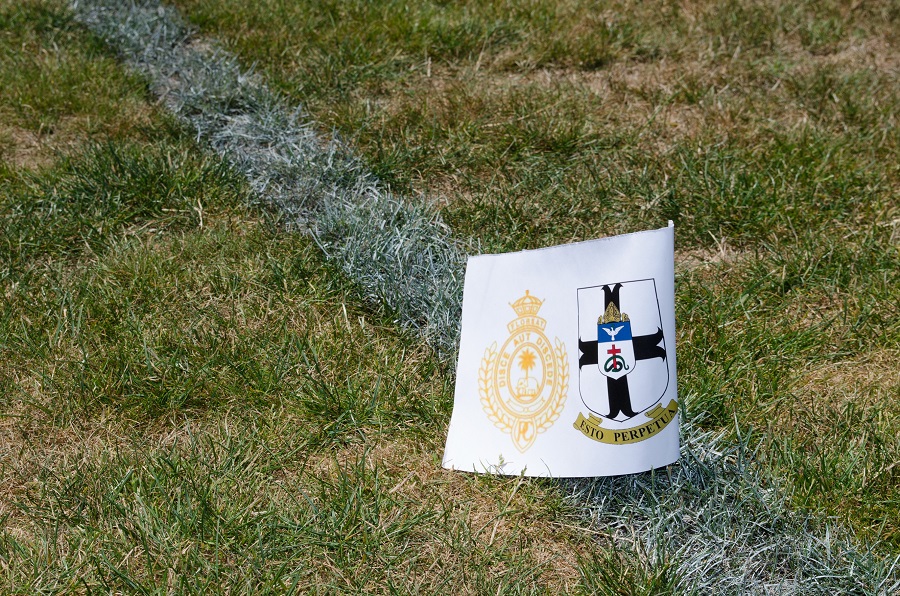 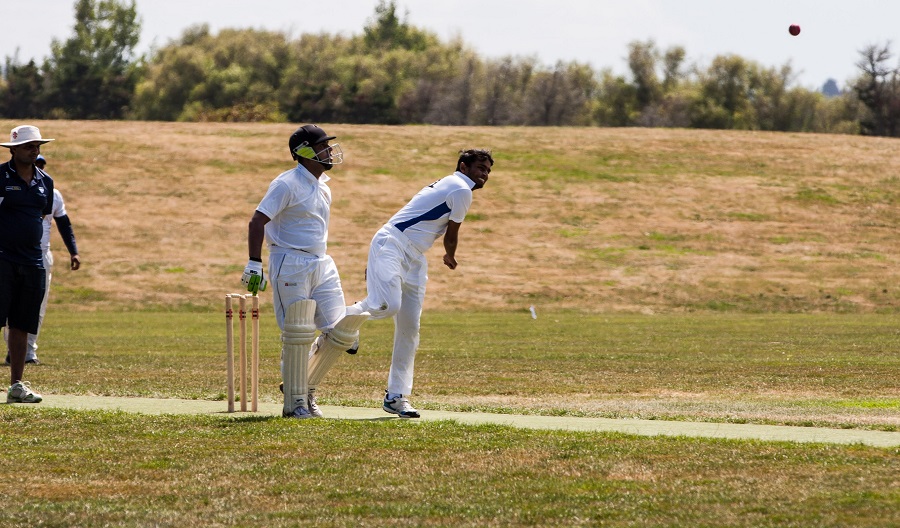 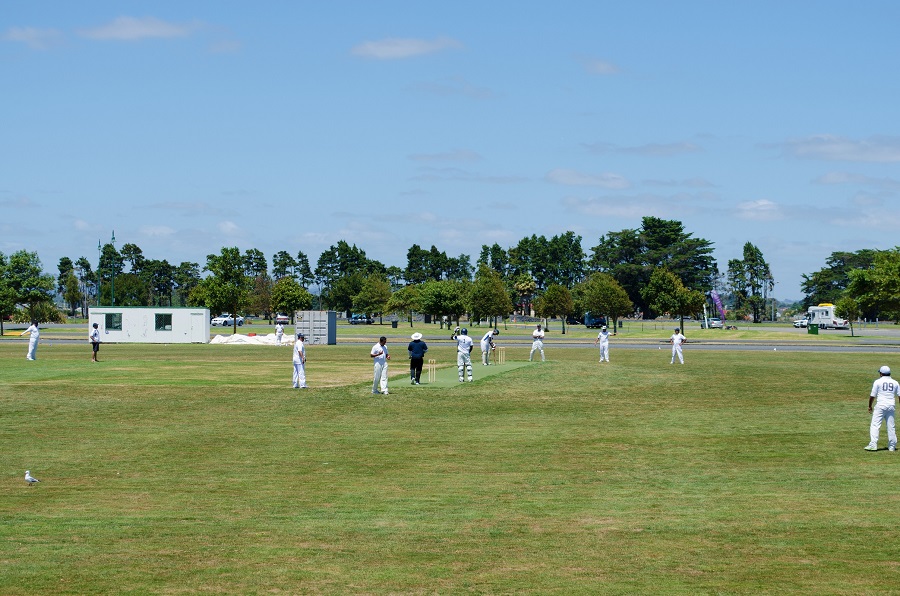 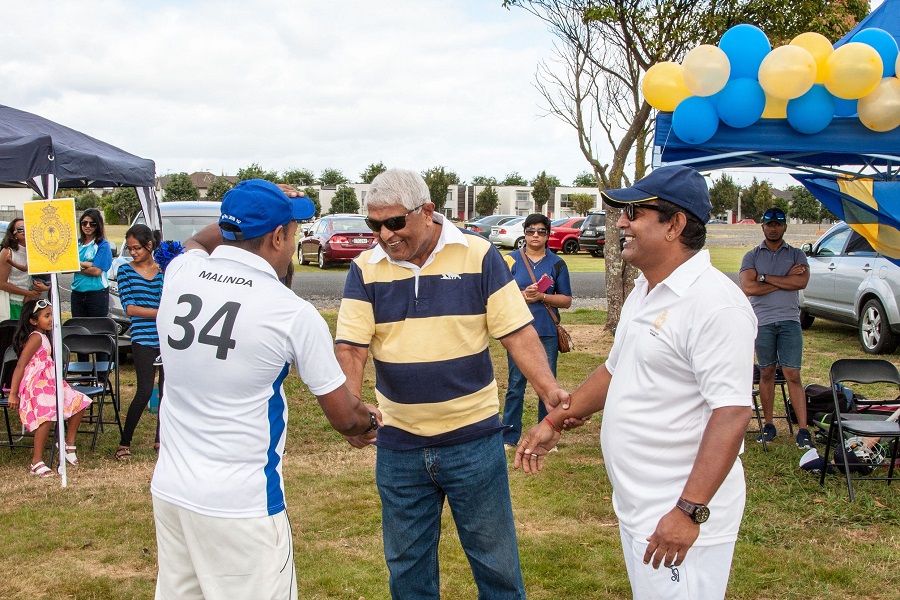 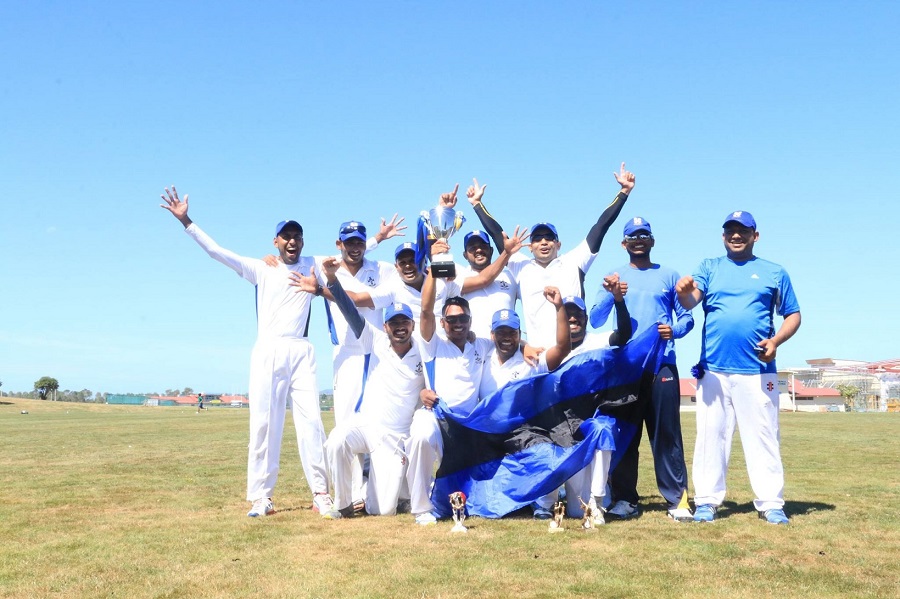 It was the fifth day in the shortest month of 2017 when the old boys from two of the most prestigious schools in Sri Lanka took field at Bruce Pullman Park, Auckland to emulate the 138 years long traditions back at home.

Thomian skipper Malinda Chandrasekera tossed the coin on a beautiful sunny morning which was called correctly by the Royal captain Asanga Pathiraja and decided to give his men the first lease of the wicket. Having won the trophy for 3 consecutive years, Royal were quite confident of retaining it with a number of Auckland premier league players in their ranks. S.Thomas’ on the other hand were boosted by the inclusion of Gihan Fernando (Millennium Thomian captain) and Asiri Wickramanayake who had represented college at the highest level.

Royal openers negotiated the first 6 overs safely especially against the pace of Oneash Labrooy which laid a solid platform for the men to follow. This made way to first change bowler Deshan De Alwis who responded immediately by removing Sashi Gunasekere for six runs. The very next over Meshan David struck to remove Kasun Eranga, the hero for Royal in all previous encounters for 14 runs. Dilan Peris joined Rameez Saldin in the middle to put on a classy 50 plus stand but just as they were beginning to threaten leg spinner Viraj Jayasuriya dislodged them on either side of the break aided by some spectacular piece of fielding by Neeraj Neo. Bhagya Wijeratne and captain Asanga troubled the scorers briefly before Asanga was held out in the deep off the bowling of Gihan Fernando who was also responsible for the wickets of Shyamike and Mafaz delivering a miserly spell of bowling to tighten screws on Royal. On the other end Bhagya batted with a lot of composure to score a stylish 32 runs not out and together with Dinuk Peiris (17 runs) ensured Royal reached a formidable 159 runs at the completion of 30 over.

After the innings break Thomians came out to bat with former 3rd year Thomian coloursman Asiri Wickramanayake and Randika Peiris. Together they negotiated the new ball without much trouble before Randika was unfortunately run out for 8 runs to a brilliant throw from long on to wicket keepers end by Sashi. One drop batsman Gihan Fernando walked into the center but was judged LBW for 2 runs soon after followed by Oneash Labrooy run out for 4 runs off a dazzling bit of fielding by veteran player Robbie Peiris. At this stage Royal were in the driving seat but Deshan De Alwis who joined Asiri in the middle had other plans. Together they put on a solid but entertaining 70 plus stand which unleased Asiri to play a scintillating stroke filled record innings of 74 runs moving Thora within sight of victory. A mistimed pull off Kasun ended Asiri’s innings and Royalists were quick to capitalise on it by removing Reiko Jayakumar for 6 runs. An injury to middle order batsman Anuru Medis promoted Viraj up the order but he too succumbed for 2 runs in wicket maiden by Dilan Peiris swinging the pendulum towards Royal. It would’ve gone either way when Thomian skipper Malinda joined Deshan who was sedately building his innings undisturbed by events at the other end.

The match went down to the wire with 11 runs required off the final over of the match. Obvious choice for Royal was Dilan Peris who happened to be the leading wicket taker in the current premier cricket league tournament in New Zealand. In the first two balls of the over, Thomians managed to score 3 runs bringing the target down to 8 off 4. At that moment the entire Royal team baring keeper and bowler were patrolling the ropes but couldn’t prevent Deshan playing the stroke of the match when he scooped the next ball on to fine leg boundary which happened to be the only area being unmarked. Thomians were smelling victory when the next two deliveries were negotiated smartly for two runs and it was up to the Thomian captain to score 2 runs off the final delivery. Everyone was up on their feet and pressure was mounting as Dilan strode past the umpire to deliver the last ball what could’ve been the nail in the coffin for the men in black. But Thomian skipper Malinda kept his cool and drove to long on for two runs to guide his team to the first victory over Royal in Kiwi land.

Like a soldier battling till his last breath to hold fort, Royal fought valiantly to the final minute but on that glorious sunny afternoon in Auckland, it was the Thomian Grit that prevailed.