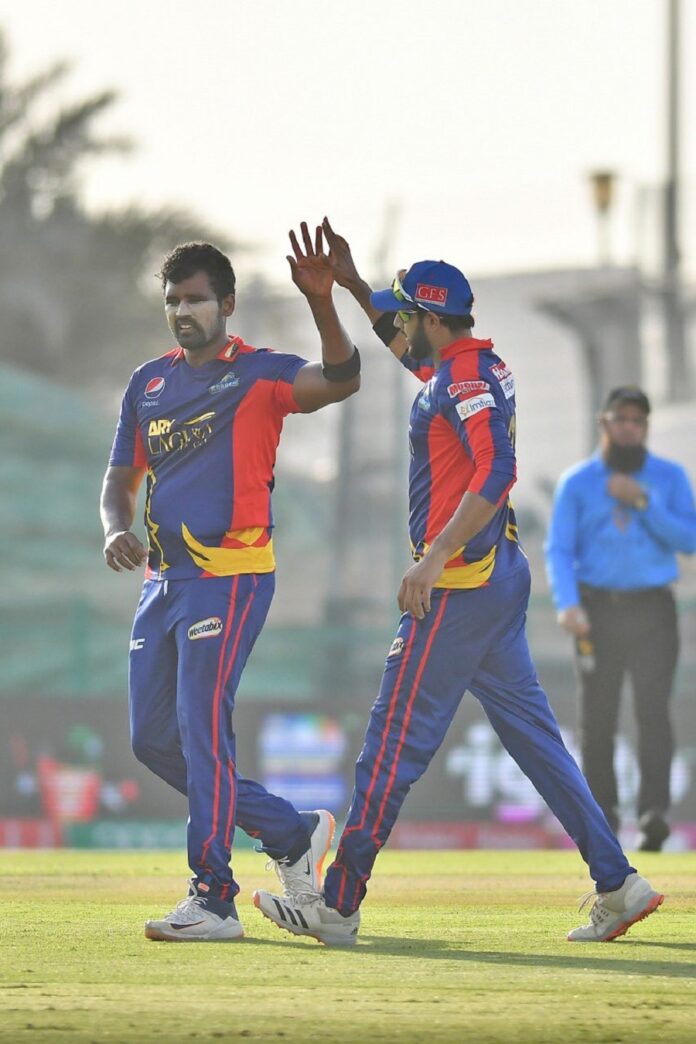 Sri Lankan all-rounder Thisara Perera who recently retired from international cricket displayed an impressive bowling performance with the ball in his debut for the Karachi Kings in the Pakistan Super League 2021.

Imad Wasim, the skipper of Karachi Kings won the toss and opted to bowl first as they managed to restrict Multan Sultans at 176 for 5 in the allotted 20 overs. Perera making his first appearance for the Karachi Kings had an impressive spell with the ball where he picked up 2 wickets for just 12 runs in 3 overs.

However, Karachi Kings couldn’t chase down the target as they were restricted for 164 runs in the allotted 20 overs. Perera didn’t make any impact with the bat as he was dismissed without moving the scores.

Read: Amila Aponso to migrate to the USA