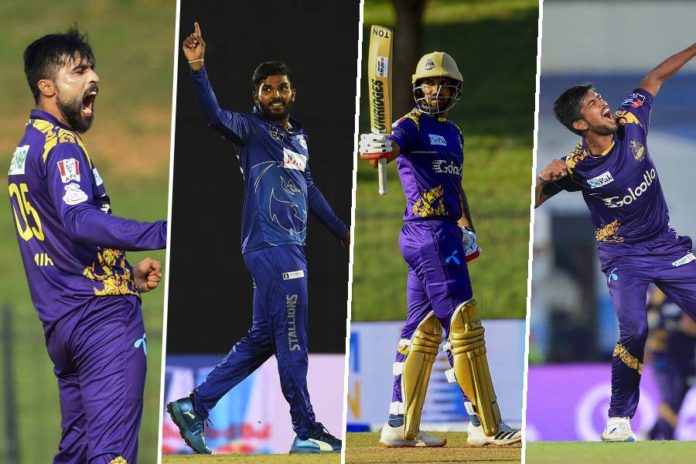 The inaugural edition of the Lanka Premier League had some consistent performers over three weeks. Here are eleven of the best, making our star-studded team of the tournament, led by the championship winning skipper Thisara Perera. 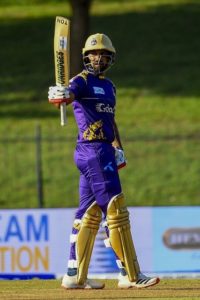 Danushka Gunathilaka was the best batsman of the tournament by far as he piled up runs for fun in LPL 2020. The second highest runs scorer finished nearly 200 runs behind him which indicates how he dominated the batting charts.

The interesting aspect of his batting was the number of boundaries he scored, the highest in this edition of the LPL (67 / 35 – Second best – D Chandimal). He was a lone warrior for the Gladiators in the first half of the tournament as they struggled to find their mojo.

His best knock was the unbeaten 94 against Kandy Tuskers in the virtual quarterfinal at the end of the league phase. There were few errors while he was fielding  which is uncharacteristic of Gunathilaka’s standards though he pulled off a screamer in the final to dismiss Johnson Charles. 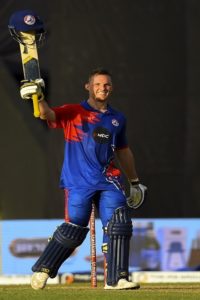 The highest run scorer of the Vitality Blast last summer, Laurie Evans translated his success to the LPL, undertaking a huge role as a top order batsman for the Colombo Kings.

Unfortunately, the Englishman was forced out of the semifinal against Galle Gladiators due to an injury but he concluded the tournament as the 2nd highest run scorer while also carving his name in the books as the first centurion in LPL history. 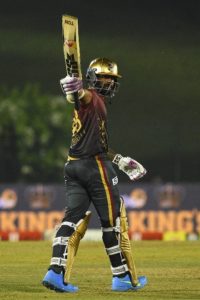 Dickwella found his form at the latter stages of the tournament after failing in 4 innings with soft dismissals. The 360 Dickwella was on display in full flow since then as he managed to contribute with 2 half centuries and a few useful knocks for the Viiking.

However, what made him stand out from the other wicketkeeper batsmen were his quick hands behind the wickets. Dickwella completed 7 catches and effected 3 stumpings which is the most dismissals for a player in the tournament. 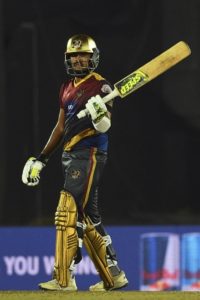 One of the underrated batsmen in LPL 2020, Angelo Perera managed to fulfill the role of Number 04 batsmen brilliantly, as he managed to bat through the innings with a strike rate of 140+.

Perera wasn’t a first-choice batsman in the playing XI of Dambulla Viiking but the injury to Oshada Fernando and the lack of form of Paul Stirling opened the door to Perera and he grabbed it with both hands, playing a couple of match-winning innings. 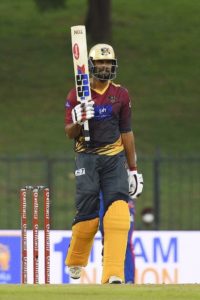 Dambulla Viiking skipper Dasun Shanaka was in top form throughout the LPL as he provided the perfect finishing touches to the Viiking’s innings.

His best innings came in the very first game for Viiking against Kandy Tuskers when they lost 3 wickets for 64 and ended up at 195 courtesy of a rampage by Shanaka (73 off 37b). His half century against Colombo Kings was also a special knock as he rescued his team from 4 early wickets and played a match-winning knock.

The captaincy of Shanaka also deserves mention as he guided his team to the 2nd position of the points table with a bunch of young players by making some good decisions specially in team selections and bowling changes. 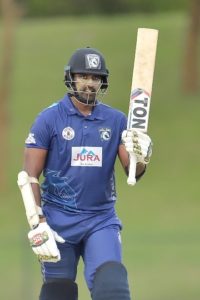 The championship winning skipper Thisara Perera set the tournament on fire with arguably the best knock of the tournament when he shifted to the fifth gear against Dambulla VIiking to transform the scorecard from 64/5 to 218/7.

After that ferocious knock of 97 runs, he turned up the next day against Kandy Tuskers with another devastating half century to win back-to-back Player of the Match awards in two days. His blistering 39 runs in 14 balls in the final against the Galle Gladiators was also another vital knock for the Stallions on their road to the LPL Trophy.

The left-hander maintained one of the highest strike rates of the tournament, second only to Shahid Afridi, who played only 3 innings. He is also the skipper of ThePapare.com’s team of the tournament after leading his team to the title. 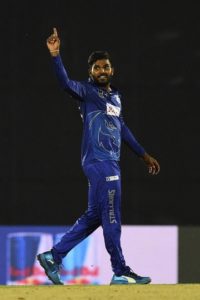 Without a doubt the MVP of the tournament, Wanindu Hasaranga has been nothing short of a sensation in this LPL. He was always the go to man for Captain Perera in need of a wicket and he delivered every time.

After playing all ten matches, he finished with the most number of wickets, best average and best economy rate of the tournament while other struggled to match him.

Apart from his bowling, Wanindu produced a couple of cameos with the bat at the latter part of innings when needed and was also decent in the field in tournament where the fielding was abysmal. 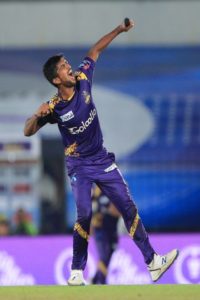 He ended the tournament as the 2nd highest wicket taker behind Wanindu Hasaranga, taking 13 wickets in 8 matches. He wasn’t afraid to use his pace variations against the reputed big hitters of the game and was rewarded for his bravery.

The 22-year-old was a relief for the Galle camp as their first-choice pacers were taken to the cleaners by many oppositions and the Gladiators had no other option but to open the doors to Lakshan.

His unbeaten knock of 32 in the semifinal also projected his fighting character and his ability to stay calm under pressure. 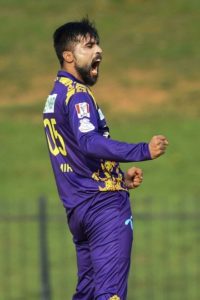 After losing their first five games, the Galle Gladiators main seamer Mohammad Amir injected life into the Gladiators camp with the best spell of the tournament, against Colombo Kings, guiding them to their maiden win.

Since then, he played like a champion and led the young Gladiators bowling attack like a true warrior. He bowled at the most difficult times of the innings and still maintained an economy of 7.73. In the last 6 matches, his economy was 6.29 which is fascinating for a bowler who bowled in the powerplay and the death overs. 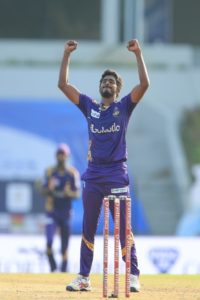 Another underrated star of the tournament, Lakshan Sandakan was a bit expensive but he did the job expected of him by his captain, which was to produce wickets in the middle overs.

He was the 3rd highest wicket taker of the tournament and managed to remove the big names like Andre Russell, Angelo Mathews and Kusal Perera. His 3 for 32 in the semifinal was a crucial spell for Gladiators in their road to final as Sandakan crippled the middle order of the Colombo Kings by claiming the prized scalp of Andre Russel.

Sandakan looked dangerous when he was able to flight the ball and land it in good areas which earned him success in the LPL. 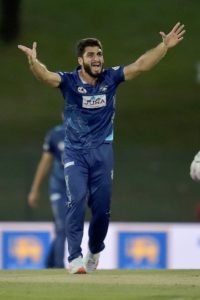 Usman Khan Shinwari was one of the key-players in the champion Jaffna Stallions squad as he contained the opposition, especially in death overs.

He was rested after the Stallions were assured of their semifinal spot, but he still managed to take 9 wickets in 7 games, but more importantly, bowled some crucial overs for the Stallions.

Shinwari also produced the turning point in their semifinal against Dambulla Viiking to remove opposition skipper Dasun Shanaka with a direct hit and was one of the safest pair of hands on the field.