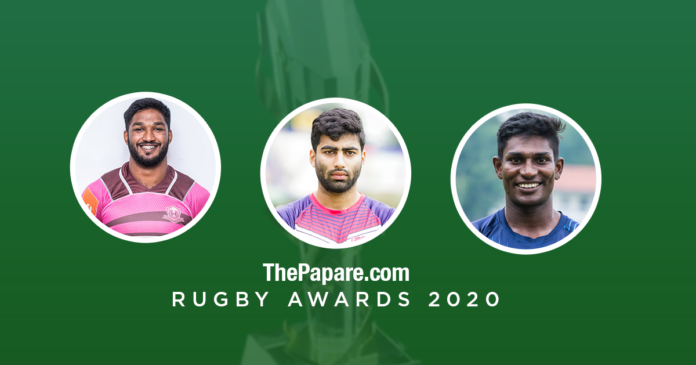 The year 2020 was a bad year for sports, with 75% of the sporting action called off due to the pandemic. For rugby fans in Sri Lanka, the Dialog Rugby League was the only local action that was seen to its completion, finishing early in the year.

The Dialog Schools Rugby League, the Asia Rugby Sevens Series, and the Inter-School 7s tournaments were canceled. The 76th Bradby Shield will most likely not happen for the first time in its 76-year history.

The DRL, showcased its own brand of Rugby, although the 16 week-league was later shortened to 14 weeks owing to the pandemic.

The nominees listed are suggestions by fans and ThePapare’s expert commentator panel. 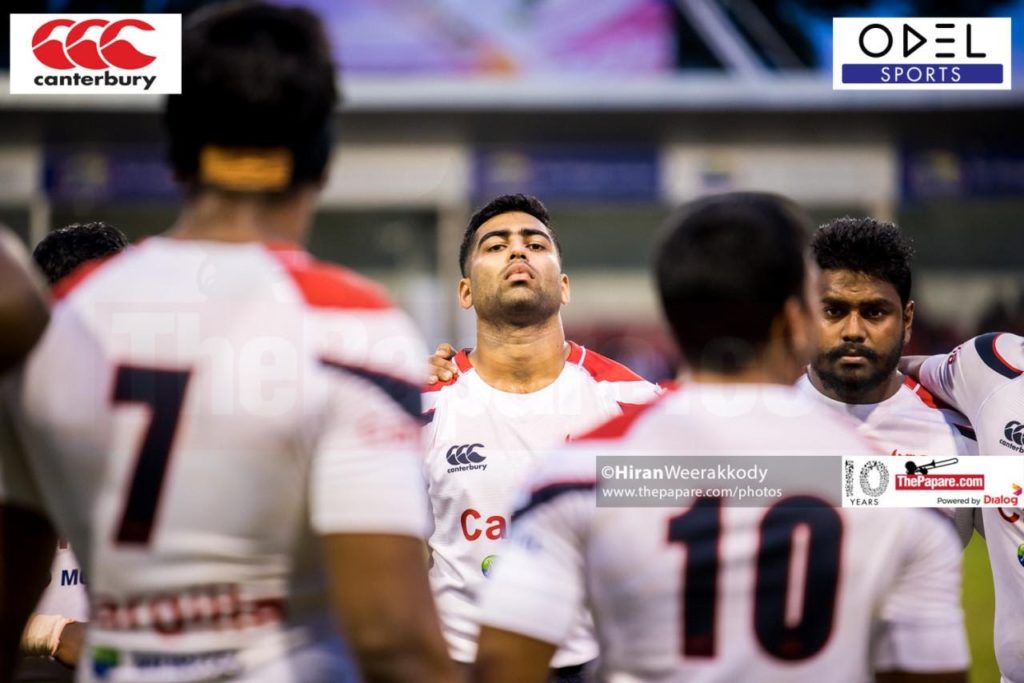 Playing in the Kandy SC side as a center, the club’s attack revolved around the 24-year-old. Taking on responsibility in his first year in his hometown club, Ratwatte ran the show as the defending champs raced to yet another Dialog Rugby League title.

With Gayan Weeraratne exiting the side in 2019, the #12 jersey was up for the taking and Ratwatte fitted right into it.

Kandy had several fires to put out early in the season, including the exit of Thilina Wijesinghe, who was suspended due to doping allegations. In need of a placekicking option, Ratwatte slotted in as a perfect replacement and steered the ship through.

Ratwatte showed why many consider him a complete player and proved himself a perfect fit for Kandy Sports Club. The team can expect much more from him as Ratwatte looks at a prosperous future in the hill capital. 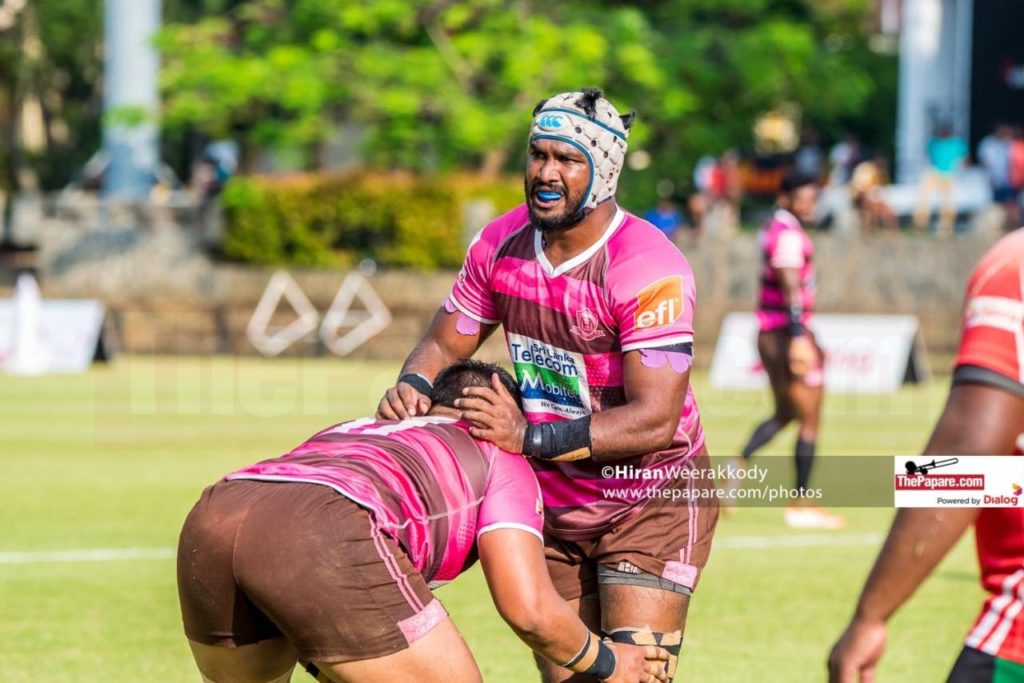 The 2018/19 season saw Lahir in full swing for the Park Club, and he continued the same form on to the 2019/20 season. Playing with a depleted team, alongside many inexperienced players, Lahir combined with Lasindu Ishan to give leadership to their ambitious forwards.

Havelock’s forwards dominated most of the team’s play as they finished 3rd in the season behind Kandy and Police SC.

Lahir scored 11 tries in the season, most of them coming from a combined team effort from their forwards, but his contribution to the team was exceptional.

The stellar season at Havelock SC has won him a place in Kandy Sports Club for the upcoming season. 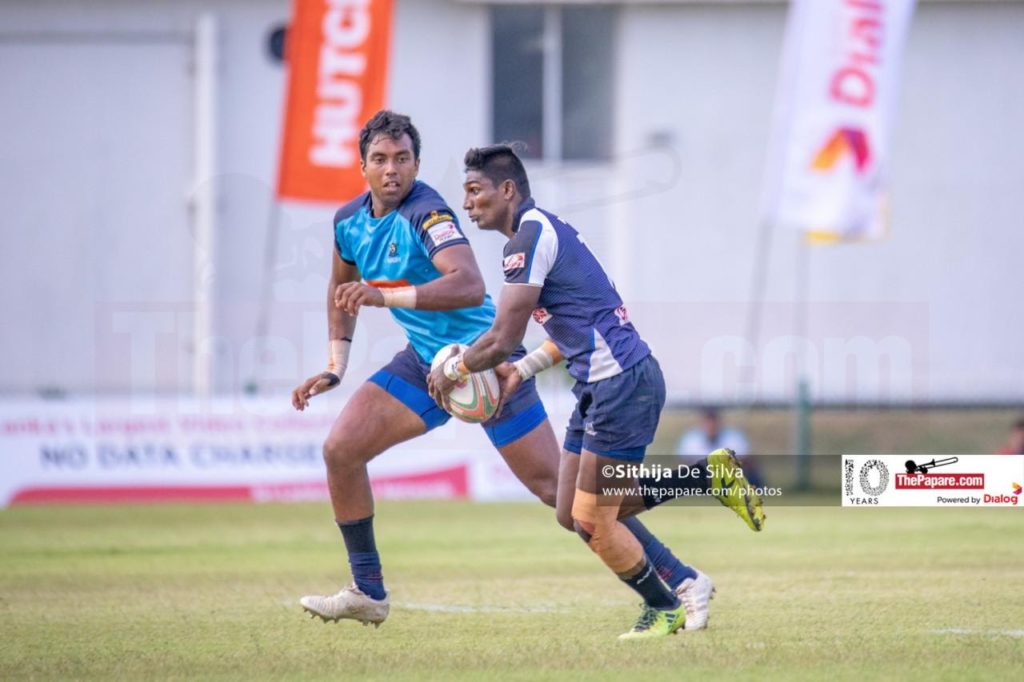 The dynamic back from Police Sports Club was instrumental in pushing the Cops  from a disappointing eighth place in 2017, to finish second, their best league finish in the last 20 years.

Iroshan brought in the firepower to the backline, acting as the team’s playmaker in several instances. Silva combined with his younger sibling Sachith and Fijian Emosi Vunivosa to create opportunities throughout the season.

With Shanaka Harischandra exiting the league owing to an injury in the opening games, Iroshan took the reins of captaincy and led the team to success. 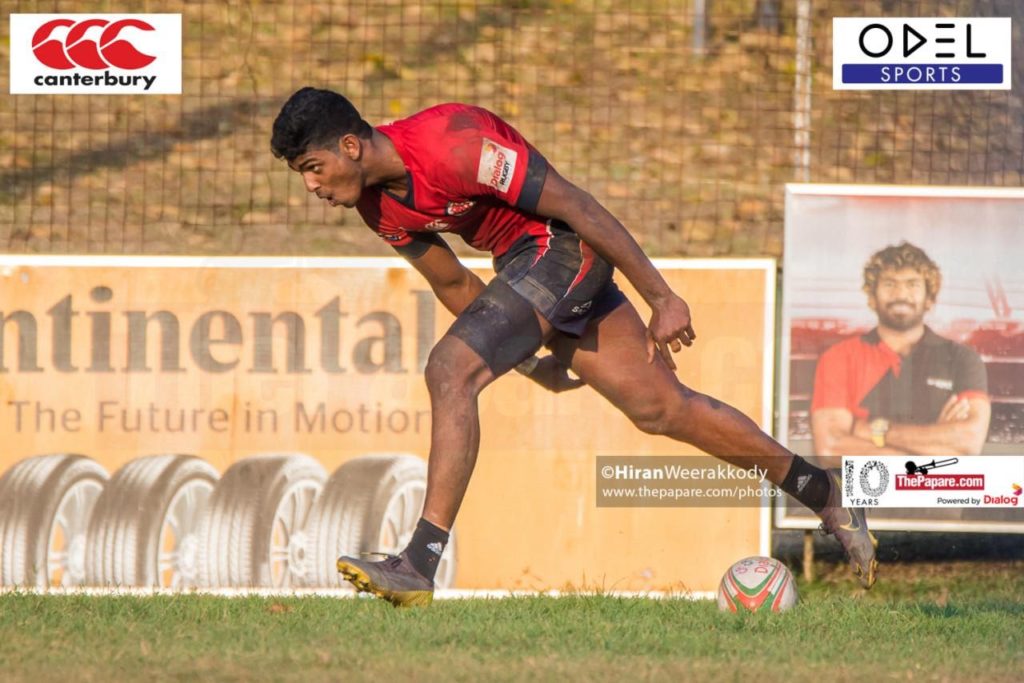 Running out in his second season, 21-year-old Janidu Dilshan has already made a reputation for himself. Scoring a total of 13 tries in the Dialog Rugby League, he was the Top Try Scorer for the season.

Dilshan’s contribution to CR & FC was vital and he proved to be a match-winner for the side on many occasions.

The feisty Fijian in the Army lineup was a star for Army in his first season in the country. The six-foot tall midfielder was a destructive player, created several chances with his dynamic capabilities.

In the 14 games he played, Ravouvou scored 12 tries and was also the second-highest try scorer for the concluded Dialog Rugby League.

The winner will be chosen by ThePapare.com’s expert commentary panel and announced on the 19th of December 2020.