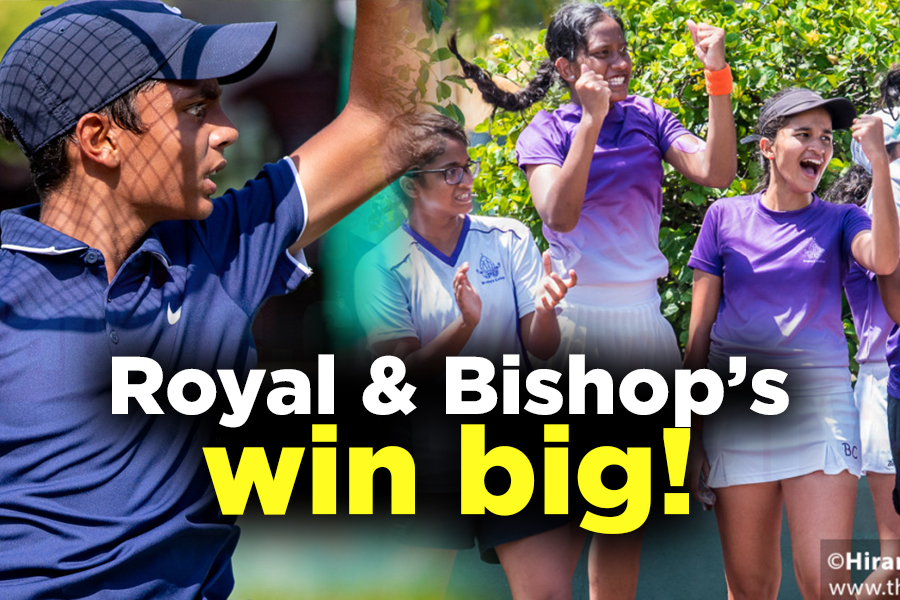 ThePapare 2019 All Island Interschool Tennis Championship concluded after a month of scintillating tennis, at the iconic SLTA hard courts. Back in form, Bishop’s walked away with the Girls’ U19 title while Royal put on a show against the Peterites to win the silverware in the Boys’ category.

Under new leadership, the Sri Lanka Schools Tennis Association set course to organize an uninterrupted schools’ tennis tournament, something that hasn’t been witnessed in the recent past.

For the first time in Sri Lanka Schools’ history, ThePapare.com joined hands with the Sri Lanka Schools Tennis Association as the title sponsor, powering the next generation of stars to reach greater heights.

This year’s tournament commenced on the 26th of August and played its final senior ties yesterday (4th), with the best of schools’ tennis on display.

Bishop’s College team reached the final of the Girls’ Under 19 category, while Newstead College Negombo earned their way from the other half of the draw. Over in the Boys’ category it was Royal taking on St. Peter’s; a familiar rivalry on the SLTA courts over the years.

The Bishopians with a favourable draw, went in strong. Losing just the 1st Doubles, Bishop’s College snatched a tremendous win 3 matches to 1. This was the sides’ first Under 19 win after a drought of 10 long years.

The Royalists were equipped with a strong side with the likes of Tehan Wijemanne and Dhilvan Herath – both representatives in the Junior Davis Cup Team. St. Peter’s put up a valiant fight at the start, but the Royal power was too much for them to conquer, eventually going down 4 matches to 1.

With that Bishop’s College and Royal College were adjudged Under 19 Schools Tennis Champions of 2019.

Royal College also won the Under 13 age group over the Ananda outfit 3 matches to 1. The champs beat St. Joseph’s College, Negombo in the semifinals 3 – 0 cruising through to the final with no pressure.

In the Girls’ category it was Visakha Vidyalaya and Newstead College who stormed their way into the final with the Negombo girls winning the tie to claim the Under 13 title.

Ladies’ College defeated Gateway College, Colombo to reach the final of the Girls’ Under 17 category while Ave Maria Convent snatched a win from a strong Visakha outfit in the decider to book a spot in the final from the bottom half.

After a tense draw, it once again came down to the decider, where Ave Maria Convent did just enough to beat the Ladies’ team.

In the Boys’ category, it was the school by the Sea who had the last laugh against arch rivals Royal College in the final. Winning three straight matches in the tie, S. Thomas’ College secured a deserving win to take home the Under 17 title.