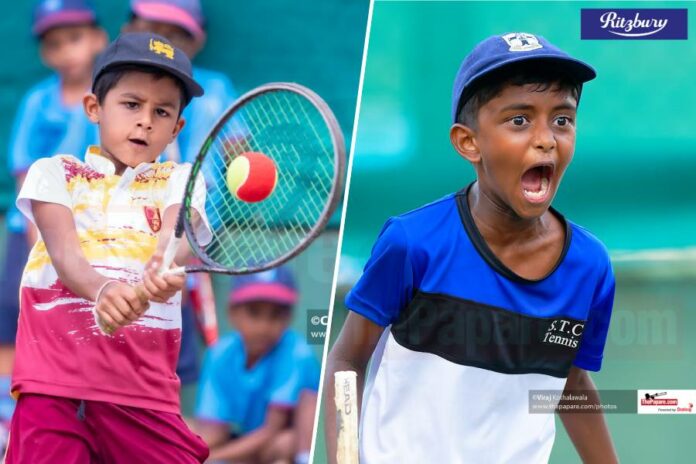 Owing to the Covid-19 pandemic, the juniors did not get a chance to compete in this tournament for the last couple of years. The tournament featured a total of 1,300 school players from 121 teams.

Ananda College, Colombo dominated this prestigious tournament which concluded successfully on the 7th of November at the courts of the SLTA Colombo.

The event was powered by Ritzbury Sri Lanka as the Main Sponsor whilst Sunquick, Eva and Perera & Sons joining as Event Sponsors along with 3G Sports coming in as the Official Ball Sponsor.

Ananda managed to beat Maliyadeva College, Kurunagala at the Green Ball finals, with S. Thomas’ College, Mt. Lavinia ending up as the 2nd runner up.

Ananda College, Colombo and Hindu Primary School, Jaffna were crowned champs in the boys’ and girls’ Red ball category respectively. St. Patrick’s College, Jaffna and Kaluthara Balika MV secured the runner up titles whilst Richmond College, Galle and Visakha Vidyalaya, Colombo ended the tournament as the 2nd runners up in the same category.