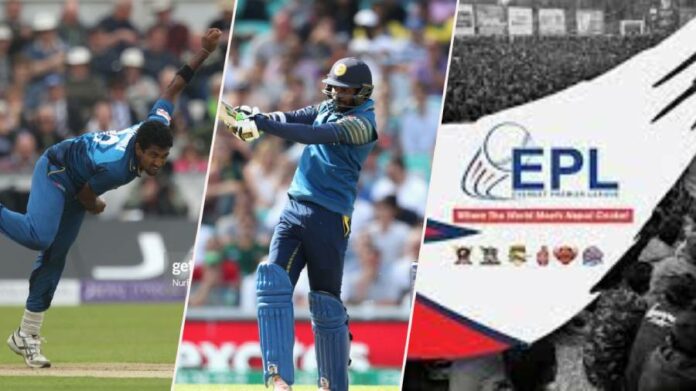 Former Sri Lankan cricketers Upul Tharanga and Dhammika Prasad are among the seven Sri Lankan Cricketers who have signed up for the Everest Premier League in Nepal.

The active cricketers who are among this lot are Seekkuge Prasanna, Asela Gunaratne, Oshada Fernando, Sandun Weerakkody and Sahan Aarachchige.

The players are set to leave the island on 21st of September to take part in the League which will be held from September 25 to October 9.

It is noteworthy that except for Sandun Weerakkody, all the active cricketers took part in the recently concluded Dialog-SLC Invitational T20 League and put-up impressive performances.

Sahan Aarachchige was one of the exciting finds from that tournament and he has been duly rewarded with the opportunity in a league.

This will be the first appearance in competitive cricket for both veterans Upul Tharanga and Dhammika Prasad since their successful Legends World Cup campaign.

Earlier this month Dinesh Chandimal also signed up for the Everest Premier League, but with him being drafted into Sri Lanka’s World Cup squad he had to opt out of the Nepal League.