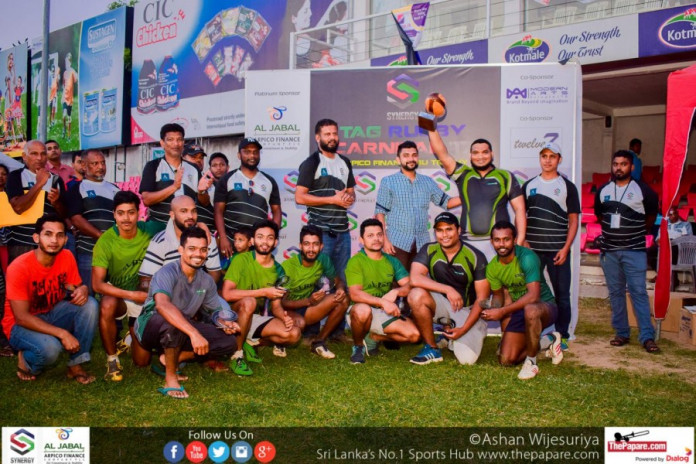 The inaugural Synergy Rugby & Football Academy Tag Rugby 7’s was held at the Havelock Sports Club on the 14th of January 2017. The day was a fun filled rugby extravaganza for the young and young at heart as the spectators were treated to some wonderful tag rugby. The day’s proceedings started off with the opening ceremony and the introduction of all teams.

The tournament was played in a 7-a-side tag rugby format for the Over 35 segment and Investment Banking Units Segment. The Under 16 tag rugby tournament and the Under 12 segment were worked off in 12-a-side format.

As the day progressed the spectator stands were filled with familiar rugby stalwarts such as Sudath Sampath, Nazim Ghaffoor, Hisham Abdeen and Tony Amit. To keep the spirit of the game and encourage the younger categories the Under 12’s did not have a winner as all participants were given participation certificates.