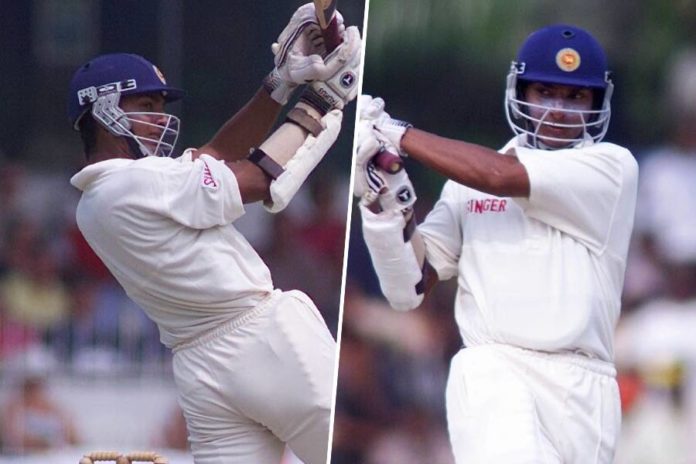 There’s been quite a lot said and written about the venues chosen for Sri Lanka’s tour of South Africa for the Boxing Day and New Year Tests. Last time after Dimuth Karunaratne’s side created history over there becoming the first Asian nation to win a series in South Africa, the hosts seem determined to give the tourists a torrid time.

In 2019 when Sri Lanka won, they played in coastal cities of Port Elizabeth and Durban, where conditions are to the liking of their batsmen. This time, however, they have been pushed to what South Africans call Highveld – Wanderers in Johannesburg and Centurion, half-hour’s drive from the capital.

Both venues – half-hour’s drive from each other – are at 1500 meters above sea level and South African seamers relish the conditions there. These are two venues where they usually make the spinner redundant and go with all seam attacks. Stories of Test matches involving Sri Lanka ending inside three days here must be quite disturbing for young batsmen. But they can get inspiration by looking up to one of their former skippers – Kumar Sangakkara.

Sanga’s first overseas tour was to South Africa.   Now, Sanga obviously was not a run machine at school level or most prolific for NCC or Sri Lanka ‘A’ when he started.  People were skeptical that he could make it at the Test level, leave alone in South Africa. It was this tour in 2001 that confirmed that here was a special talent.

The open press box at Centurion gives you a vivid picture of the pace the bowlers are generating. The express train from Johannesburg to Pretoria runs literally above you and you often wonder who is faster? This was no ordinary attack. There was white lightning – Alan Donald who was sharing the new ball with a young Makaya Ntini. Shaun Pollock was the first change and the only relief probably was Jacques Kallis.

Skipper Sanath Jayasuriya had gone through a torrid tour.  So, Sanga is approached. He’s been told that he will be facing the music opening the batting. Sanga produced a masterclass batting for six hours. He almost went onto become the first Sri Lankan to score a Test hundred in South Africa – missing the milestone by two runs.

Sanga was ruled out leg before wicket by umpire Peter Willy –a contentious decision. He didn’t say much then but he is free to speak his mind 20 years on. “Ya, the ball pitched six inches outside leg-stump.  I was on 98,” Sanga told ThePapare.com.

So, what advice has Sanga got for young Sri Lankan batsmen? What do they need to do to succeed in places like Centurion and Johannesburg?

“One key thing, when you are going to play in South Africa is that you should not be solely focused on playing short pitched bowling. You should not go there expecting a barrage of bouncers. You need to come out of that mindset. Usually, sub-continent batsmen struggle in South Africa because of their single-minded focus on short ball strategy,” Sangakkara went onto elaborate.

“What is important to do is the correct analysis of the bowling attack. The way the pitch behaves and prepare both your technical game and your mental skills to combat that challenge.”

“You practice in order to help you deal with a host of challenges the opposition can throw at you. You have to be on top of your game and confident of your ability to deal with swing, seam, and bounce which are going to be vital components when you go on a tour like this.”

“It will be impossible to mimic the exact thing you are going to find in South Africa. But with a host of analysis, you can intensify training and it is a doable task to succeed in South Africa.”

Not many Sri Lankans have gone to South Africa and returned home with their heads held high when the likes of Donald and Pollock were in their prime. A 23-year-old Sangakkara could do it because his preparation was good and that he believed in himself.

Although this was his first tour, young Sanga succeeded in getting under the skin of some prominent South Africans and his relentless sledging of Pollock in Durban not too long after will be remembered for a long time to come.

That was the first time the world found out that the Proteas could crack under pressure when they are subjected to sledging. Sanga had found a chink in the opposition’s armor. Francois Du Plessis’ team is under tremendous pressure after their poor showing in the last 18 months, there may be vulnerable areas in their game which Mickey Arthur can find.

One of the things that you can look forward to on this tour is seeing Lahiru Kumara and Dushmantha Chameera bowling in tandem. Chameera promised so much when he broke into the scene in 2014 but a series of injuries has resulted in him not reaching his full potential. Kumara meanwhile was a sensation the last time he was in South Africa.

Kumara missed the last tour in 2018 due to injury but prior to that in 2016, he bowled with fire and troubled even the great Hashim Amla. Then of course there is Suranga Lakmal, who is on the money always asking some serious questions with the new ball. No doubt Kusal Janith Perera deserves a lot of credit for Sri Lanka’s series win in South Africa in 2019, but Lakmal deserves praise too as he was too good bowling some match-winning spells.