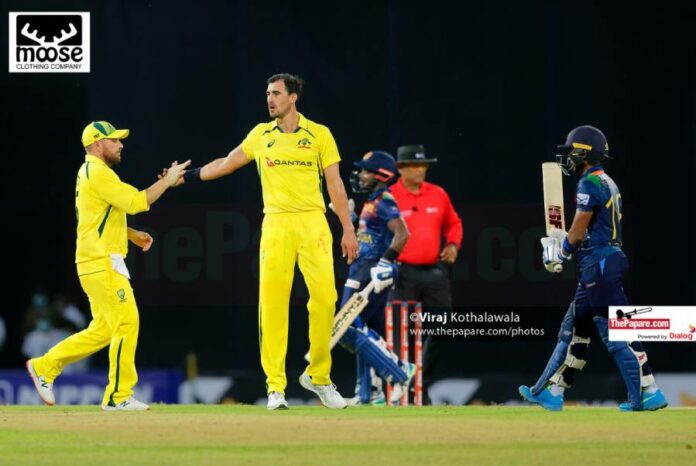 Australia’s premier left-arm quick Mitchell Starc is set to miss the 3rd T20I of Australia’s tour of Sri Lanka on the 11th of June due to an injury he sustained in the 1st game.

Starc suffered a laceration to his left index finger, which required 6 stitches, forcing him to sit out the 2nd T20I and now has been ruled out of the 3rd game as well. The quick reportedly suffered the injury when he reached so far down in his follow-through while bowling in the 1st T20I, that he ended up cutting his finger with the spikes on his boot.

Adding insult to injury, Starc is likely to have to wait up to 7 days for the wound to heal, meaning he could also miss the 1st ODI on the 14th of June.

Australia will want to take their time with Starc who is expected to play a key role in the Test series beginning on the 29th of June, after a brilliant run in whites the last time the Aussies toured Sri Lanka in 2016.

Jhye Richardson has been called up as cover for Starc for the ODIs, while Pat Cummins has also flown in for the ODI and Test legs of the tour having missed the T20Is.