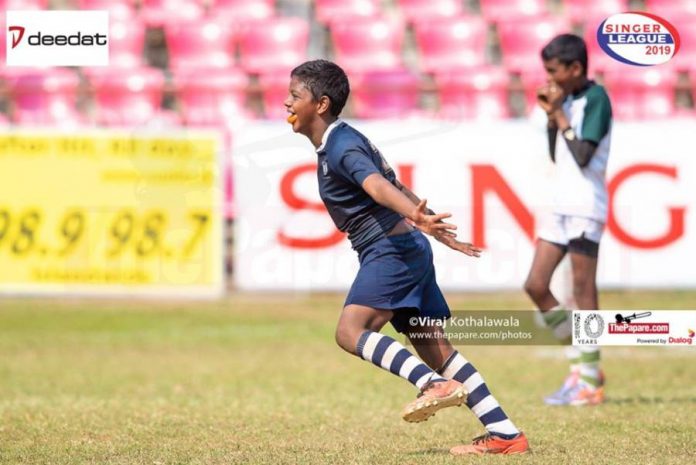 All three U18, U16 and U14 matches between St. Joseph’s College and S. Thomas’ College were held today, at Longdon Place.

The S. Thomas’ U18 team managed to give a good fight against St. Joseph’s U18 team. This match was played after the U14 and U16 matches. There were minimal errors on the field in the first half as STC completely dominated their counterparts. Ragunathan Yugeshwar’s try was followed up by a successful conversion from Jaedan Koch to put S.Thomas’ 7 points ahead of the home team in the first half.

But in the second half, the Joseph’s U18 team gave a good reply with the ball in their hands, although their efforts were impeded by some good defending from the Thomians. Before the final whistle, Koch scored a straight forward penalty for S. Thomas’, to increase their score to 10.

The St. Joseph’s youngsters dominated the game right from the start as they were regularly attacking the opposite half. As a result of their style of play, St Joseph’s managed to get their first goal in the 10th minute of the game courtesy of Pavan Ishara and the successful conversion by Ruchitha Rodrigo.

In the 13th minute, Vishika Fernando scored a wonderful try to increase the Josephian tally to 12 .