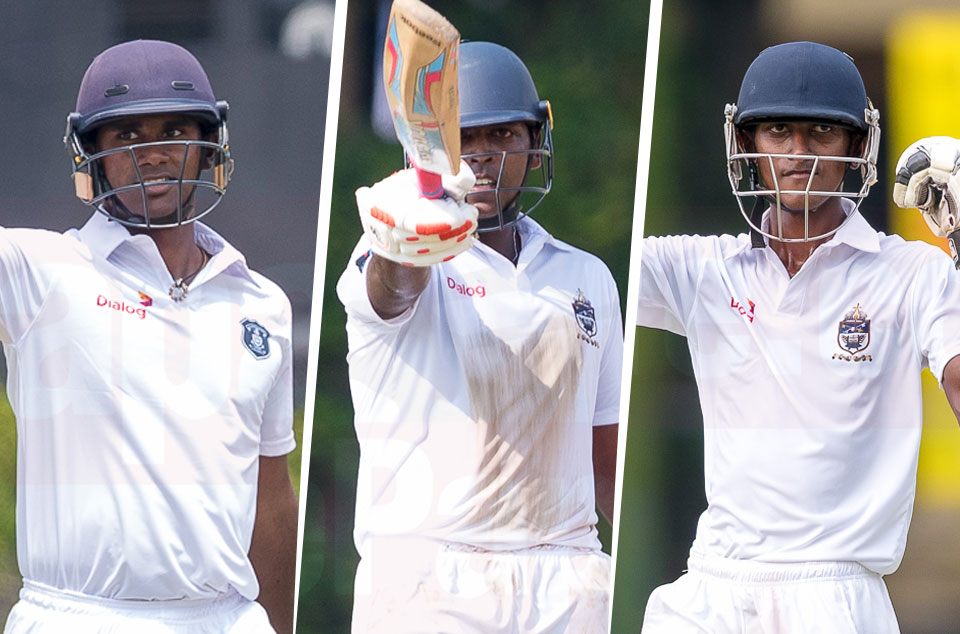 After being asked to bat first, St. Joseph’s were bowled out for just 195 despite a fighting 93 by skipper Jehan Daniel. St. Peter’s responded well with the bat thanks to a couple of half-centuries by Shalith Fernando and Ranmith Jayasena to end the day on 190 for 6.

On a gloomy morning, St. Peter’s skipper Santhush Gunathilake had no hesitation to bowl first. Sri Lanka U19 cap, opening fast bowler Gunathilaka struck in the fifth over removing the Josephian opening batsman Johanne De Zilva with a superb in-swinger.

In-form Revan Kelly was undone by left-arm spinner Miflal Ameen while number four batsman Jehan Fernandopulle ran himself out as the Josephians were in a spot of bother at 68 for 4.

After lunch, Sachintha Mahindasinghe and Lakshan Gamage were dismissed within three deliveries by off-spinner Sachin Silva as the Josephian trend of losing wickets at regular intervals continued.

Skipper Daniel played a magnificent knock, guiding the inexperienced Josephian middle order. Daniel’s ability to clear the fence against the spinners put the Peterites on the back foot.

Dineth Jayakody and Dunith Wellalage gave much-needed support to their captain but the Peterites bowled and fielded clinically to dismiss the Josephians before their allotted 60 overs.

Daniel who struck a match-saving century last year at the 83rd Joe-Pete cricket encounter was inching towards another well-deserved hundred before miscuing a Miflal Ameen delivery on 93. His valiant 115-ball knock had 4 fours and 6 sixes.

In reply, St. Peter’s lost both their openers when the score was 9 as Lakshan Gamage and Johanne De Zilva used the new ball to great effect.

Shalith and Sulakshana Fernando added an invaluable 91-run stand for the 3rd wicket to give ascendancy to the Peterite innings.

Shalith played the slog-sweep well to disrupt the line and length of the Josephian spinners as he struck a well-calculated 58 off 73 deliveries with 6 fours and 2 sixes.

Left-arm spinner Wellalage dismissed both the Fernando’s inside one over as the Josephians came back into the game. Ranmith Jayasena and Nipunaka Fonseka exhibited great resistance to add 41 runs for the 5th wicket to end any hopes of a Josephian comeback.

Tall and lanky Jayasena maneuvered the field well to notch up an important half-century, 55 off 66 but off-spinner Ashain Daniel took two vital wickets dismissing Jayasena and Fonseka to dent

Freshers Prabasara Herath and Kanishka Maduwantha batted till close of play and will look to maximize the remaining 11 overs in the first hour on day two to gain a sizeable lead and put pressure on the Josephians.