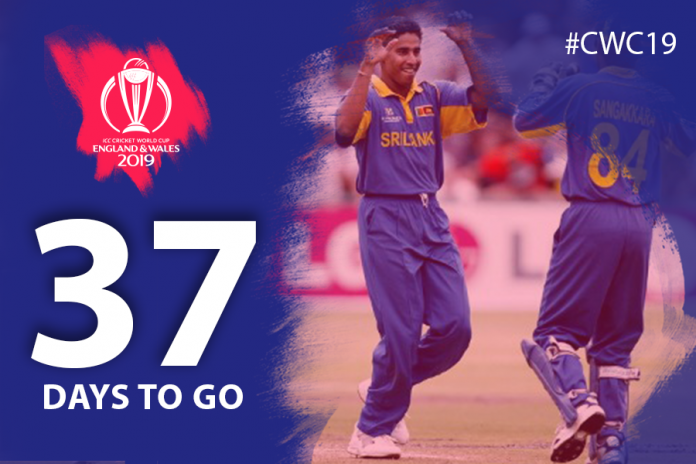 Sri Lanka’s campaign in the 2003 World Cup hosted by the three African nations – South Africa, Zimbabwe and Kenya was topsy-turvy. One day they were brilliant but the next day, they were not up to the mark. The fact that too many batsmen struggled in that competition didn’t help their cause.

Sri Lanka started off their campaign exceptionally well having secured three wins in their first three outings. It should have been four out of four but they blew it in Nairobi going down to Kenya in one of the biggest upsets in the sport. Yet, they bounced back to win in Cape Town against the West Indies. Then in Durban, the epic clash against South Africa, finished in a tie, ending the hosts’ campaign.

Sri Lanka did top Group ‘B’ but failed to carry the maximum four points to the Super Six stage having lost to Kenya. In the second round, they were flat again and ended the tournament in shocking fashion, having failed to chase down a target of 213, in the semi-final in Port Elizabeth.

Despite Sri Lanka blowing hot and cold, one man was on the money all the time throughout the competition. The team’s strike bowler Chaminda Vaas’ nagging accuracy with his left-arm seam bowling saw him making early breakthroughs and then with the older ball he made a further impact, reverse swinging the ball to deadly effect.

Vaas finished the 2003 campaign as the highest wicket taker in the competition. The 23 wickets he took came at 14:39 while Brett Lee, who played one game more than the Sri Lankan, finished with 22 scalps at 17. Like Vaas, the Australian speedster also claimed a hat-trick in the tournament, against Kenya in Durban. Vaas took a hat-trick off the first three balls in the game when he finished with six for 25 against Bangladesh in Pietermaritzburg.

In South Africa, seam bowlers come into the equation all the time if they persevere with control and that’s what Vaas was up to. Aged 29, he was also at the peak of his career and back to back tours of South Africa and Australia just before the World Cup had helped him to adapt to the conditions.

When Sri Lanka bowled out Canada for just 36 runs, the lowest total in ODIs then, it was Vaas who made early inroads, claiming three for 15. A 22-year-old quick by the name of Prabath Nissanka shared the new ball with Vaas on that instance and bowled with serious pace. Unfortunately, a series of injuries cut short his promising career.

Another three-wicket haul followed against the Kenyans and Vaas came up with a stellar performance when the team most needed him in the penultimate group clash against the West Indies.

Defending a modest 228, Vaas claimed the crucial wicket of Brian Lara as he had the opposition’s premier batsman caught behind for one. He also accounted for Wavell Hinds for zero with the new ball. Then called up to bowl his second spell – midway through the innings with the game evenly poised – he dismissed Chris Gayle (55) and wicketkeeper Ridley Jacobs (0) in the same over. His ten overs, that included three maidens, cost only 24 runs as Sri Lanka won a close game by six runs.

The semi-final against Australia was dominated by Sri Lanka’s spin quartet of Muttiah Muralitharan, Aravinda de Silva, Sanath Jayasuriya and Russel Arnold, who bowled 32 overs between the four of them. Vaas dismissed Matthew Hayden (20) and Ricky Ponting (2) early and then dismissed Ian Harvey too (7) to finish with three wickets.

It is the only time a Sri Lankan bowler had finished on top of the bowling charts of a World Cup.