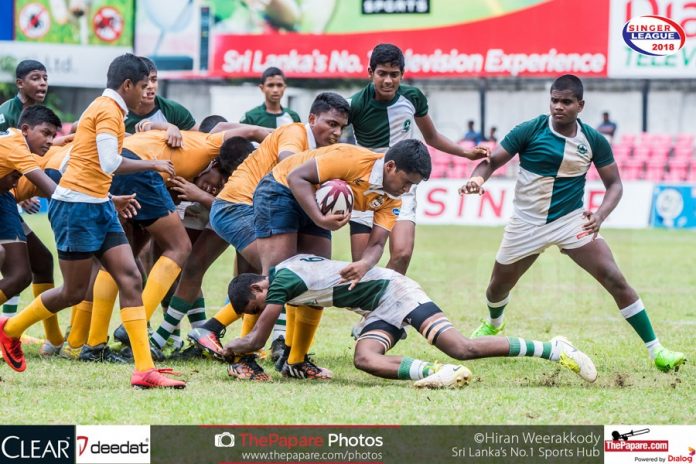 The Peterite U-14’s came out on top thrashing the Pathana U-14’s in their match while the Peters U-16 too won on a small margin at the Havelock grounds.


The U-14 match was a completely first half match as both teams got a try each but the Peterite juniors had the advantage as they successfully converted, ending the first half at 07-05.

Second half the Peterites produced a master class scoring 3 tries to the none of Isipathana. The Peterites used their forwards to good use getting the ball ever so close to the try-line and then spreading it to their backs to score easy tries of the over-laps.

The U-16 match had a dramatic first half with both teams being awarded penalties and going for the 3 points and both teams getting it successfully.

With the scores level on 3-3 it was all to play for in the second half, however it were the Peterite juniors who kept their cool and eventually scored the match winning try before the referee blew for full time.