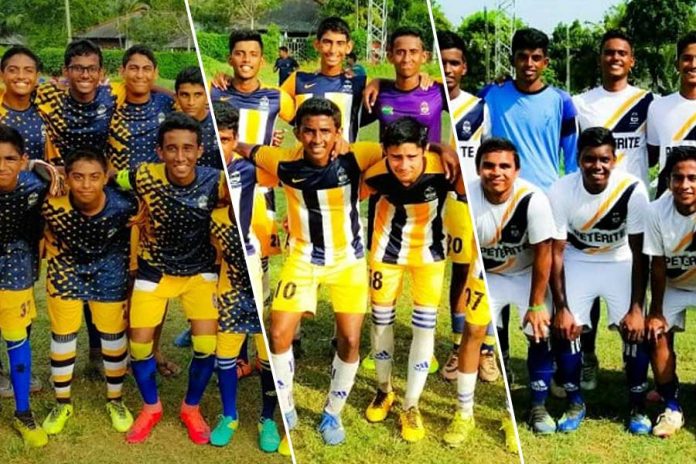 St. Peter’s College Bambalapitiya was crowned football champions in all three age groups of the National School Games 2019 Colombo South Division Tournament held on 13th and 14th February at the Ratmalana Railway Grounds. St. Peter’s coming in as favorites, lived up to the billing and took home the silverware.

Defenders FC put on a masterclass in counter-attacking …

In the Under16 Category, 10 schools in the division took part. In the first game the Petes were pitted against Defense Services College whom they beat comfortably 3 goals to NIL. The young Peterites met their neighbors Hindu College Colombo in the semifinal. In another easy game, the Peterites won with a 3 nil margin. 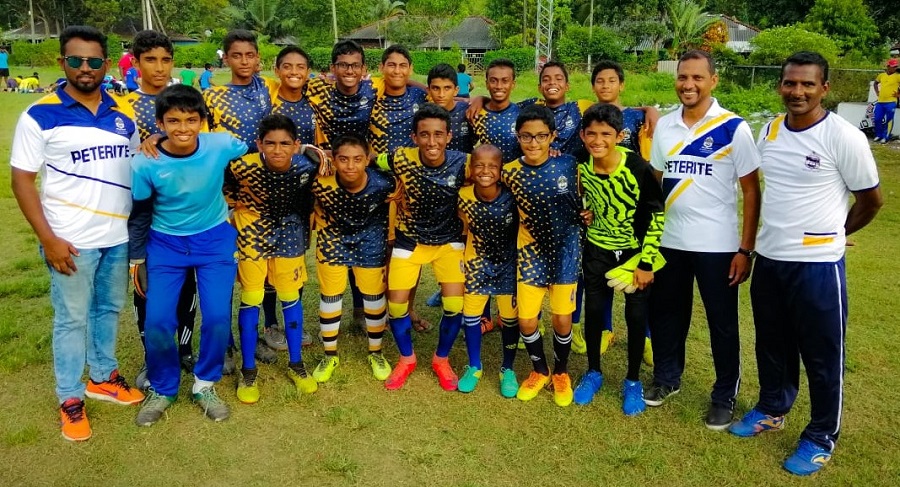 The final was a tough battle against Arethusa College as the opponents too had had a good run in the tournament. The Peterites dominated the match, however were not able to convert any of the chances. Hitting the woodwork twice in the game, the Peterites were held at bay by some excellent goalkeeping by the Arethusa goalkeeper.

The match ended NIL all as penalties were needed to settle the tie. Daresh Tissaaratchy kept goal for the Petes and saved the first penalty while the Arethusa boys missed 2 more penalties. For St. Peter’s Malindu Athukorala the skipper, Sherman Fernando and Daresh Tissaaratchy converted to give them a 3-2 win and the Championship.

In the Under18 age group St. Peter’s started off with a win against Dudley Senanayake Vidyalaya with second half goals from Gayan Rivaldo and Mohamed Ihsan. The Peterites were guilty once again of missing plenty of goal scoring opportunities.

In the semi-final the Petes met a strong Arethusa College. Despite a stiff challenge, St. Peter’s won the match comfortably with a 3 nil score line.

The final match was against Isipathana College who beat a strong Hindu College team in the semis. The green machine was no match for the Blue, White and Gold as the Peterites romped home with a 5-0 thrashing to win the Championship.

The Under 20 age group had the least number of teams (5) and the Peterites made swift work of Mahanama College in the semi-final as they marched home 5-nil winners as Shabeer Razooniya scored a hat-trick and Daniel Magrath scored a brace.

In the Final Isipathana College gave a tough battle to the strong Peterite outfit. The Bamba boys were leading 2-0 at half time. The Pathanians tried hard in the second half and were awarded a free kick which was expertly taken to reduce the deficit. The Petes held on to win the match at the end giving them their third Championship.

St. Peter’s College has kicked started their 2019 football season with Championship in all 3 age groups. Next up it will be the Colombo Educational Zone tournament leading up to the Provincials and Nationals.