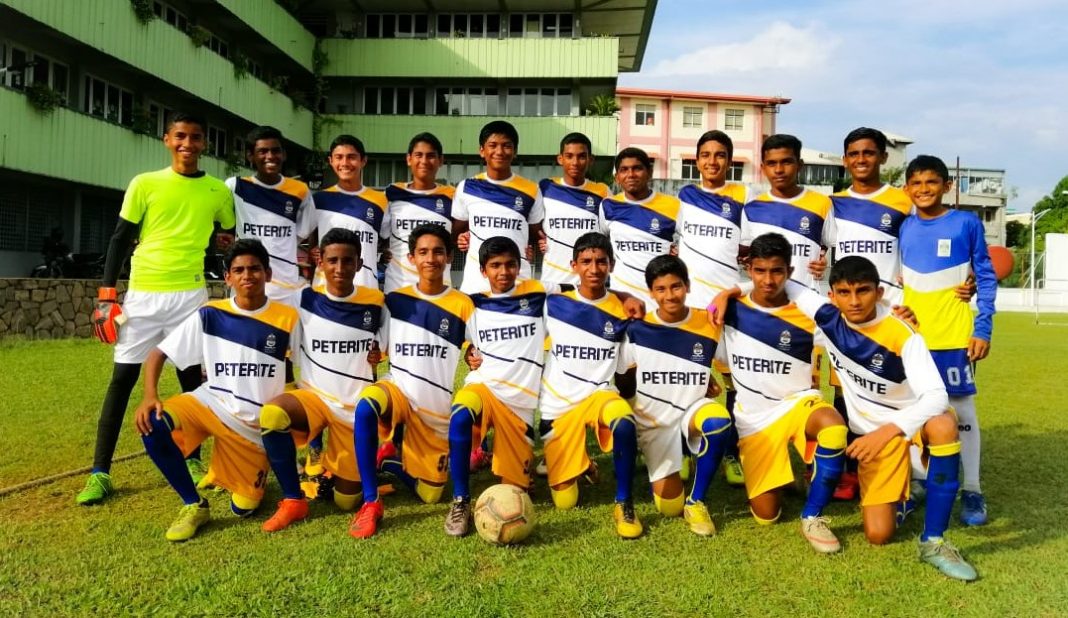 The Group stage worked off at Cooray Park Colombo and St Benedict’s College Ground saw 24 schools from Colombo District taking part to qualify for the All Island Tournament.

From Colombo the Champions, Runner-up and Third place finish will earn a spot in the All Island Tournament planned this month in Kurunegala.

The Peterites were slotted in Group C along with Isipathana College and Royal College. In their first game against Isipathana the Bamba boys cruised to a 5-0 win. Mohamed Ihsan and Daresh Tissaaratchy got a brace and Gayan Rivaldo got the other.

The game against Royal College finished goalless. The Pete’s had ample opportunities in front of goal and were wasteful. They ended the group stage as Group C winners booking a spot in the knockout stage.

The Pete’s met Ananda College in the quarter final and dismissed the opponents 6-0 with Daresh Tissaaratchy getting a Hat trick and Mohamed Ihsan getting a brace. Gayan Rivaldo got one goal.

The Semi Final was a Joe-Pete battle and the boys from Bambalapitiya came out triumphant with a 2-1 win. It was once again Mohamed Ihsan and Skipper Gayan Rivaldo getting the goals. Mohamed Anas got the Josephian goal.

The Final was against St. Benedict’s who scraped pass Lumbini College on penalties. Lumbini on the other hand made the biggest upset of the day when they beat Zahira College 2-1.

St. Peter’s College by far the better team in the final came through with a 2-0 win. The first half ended goalless. In the second half skipper Gayan Rivaldo scored first and Daresh Tissaaratchy rounded off a fantastic tournament for the Peterites.

Along with St. Peter’s College, St. Benedict’s College and St. Joseph’s College now qualify for the All Island leg from Colombo.

The Peterites’ coaching staff is headed by Dudley Steinwall assisted by Irshard Hassimdeen and Rajamani Devasagayam.  Lalith Weerasinghe is the Goal Keeper Coach while S. Sanju is the Physio.

Mr. Nirmalath Priyadarshana Cooray functions as the master in charge.