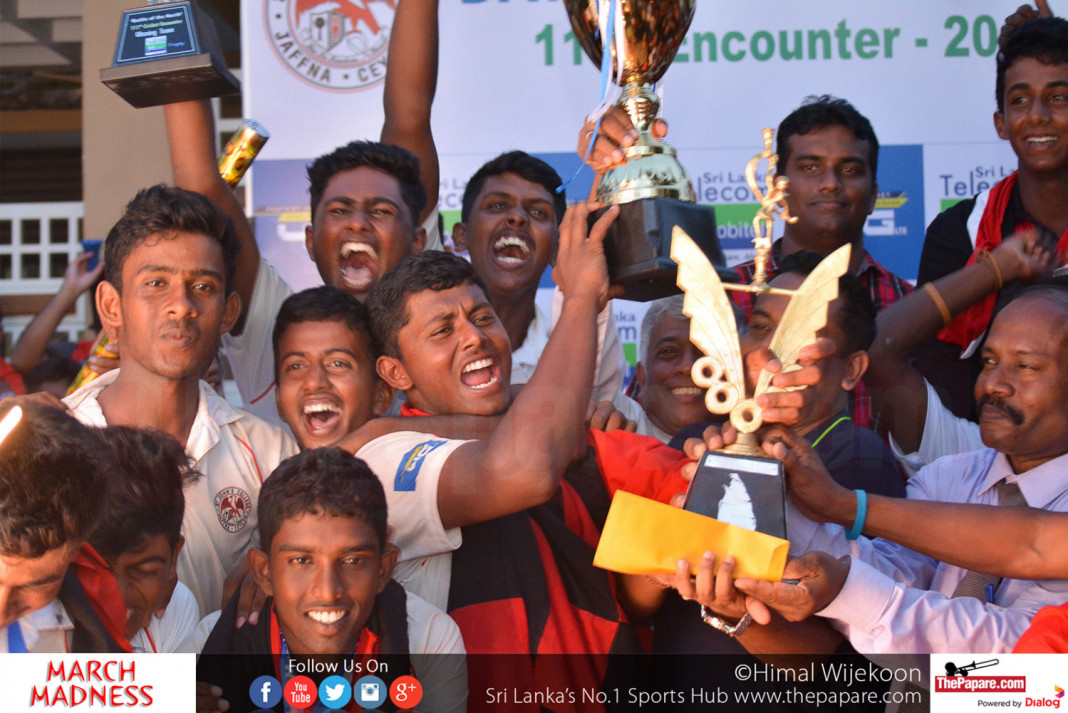 Kanagarathnam Kabilraj’s 10 wicket haul guided St. John’s College to an innings and 7 run victory over their rivals Jaffna Central in the 111th Battle of the North at Jaffna Central College grounds.

Battle of the North evenly poised after day 1

Jaffna Central was cleaned up for just 82 runs in their second innings thanks to a brilliant spell of seam bowling by St John’s spearhead Kanagarathnam Kabilraj. The opening pair for Jaffna Central survived 10 overs but after the dismissal of skipper Priyalaxan for 12 runs, their batting order collapsed. Kabilraj ran through the top order taking the first 6 wickets and completed his 10-for, pushing their rivals into deep waters.

Opening batsman Antanydayas Jayerdarshan stood strong and survived 76 deliveries for his 9 runs before Murfin Abinash found the edge of his bat. After the dismissal of Jayerdarshan, the loss was inevitable for the homes side. First innings hero Sivalingam Thasopan and Selvarasa Mathusan hung on in the center for some time but they gave away their wickets trying to hit their way out of trouble. Abinash and vice-captain Vasanthan Jathusan cleaned up the tail by sharing two wickets each as they claimed the big match trophy by an innings and 7 runs.

Early on, St John’s skipper Jeni Flemin won the toss and put their rivals to bat first. They started in a horrific fashion with 3 ducks amongst their top 5 batsmen. They reached 164 runs with Thasopan top scoring with 48 and Kawthaman scoring 35. Kabilraj was the star with the ball with 4 for 39 while Vasanthan Jathusan and Murfin Abinash shared 3 wickets each.

In reply, St John’s resumed the 2nd day’s play with 114 for 5 on board. Skipper Jeni Flemin and Vasanthan Jathusan added 59 runs for the 2nd wicket with Jeni Flemin scoring 37 runs but the star of the St John’s batting innings was the none other than vice-captain Vasanthan Jathusan who scored a brilliant 70 and helped his team post 253 for their first innings.

The visitors had a lead of 89 runs and it proved enough at the end as they managed to register a commanding victory over their rivals by an innings and 7 runs. 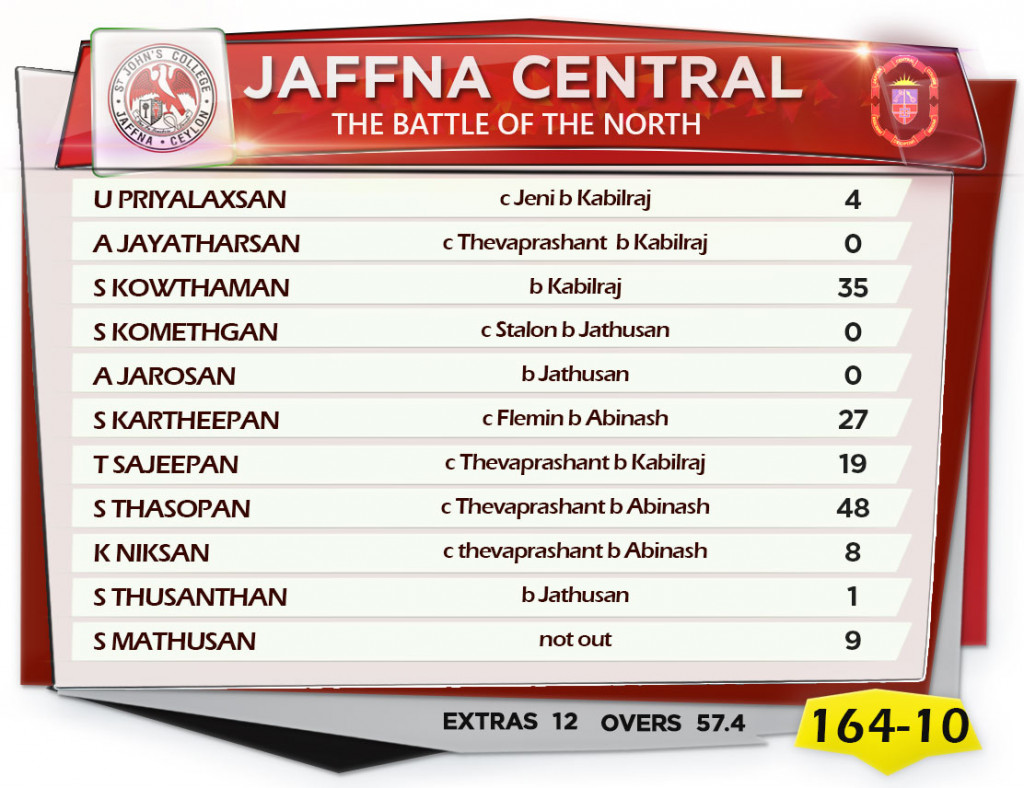 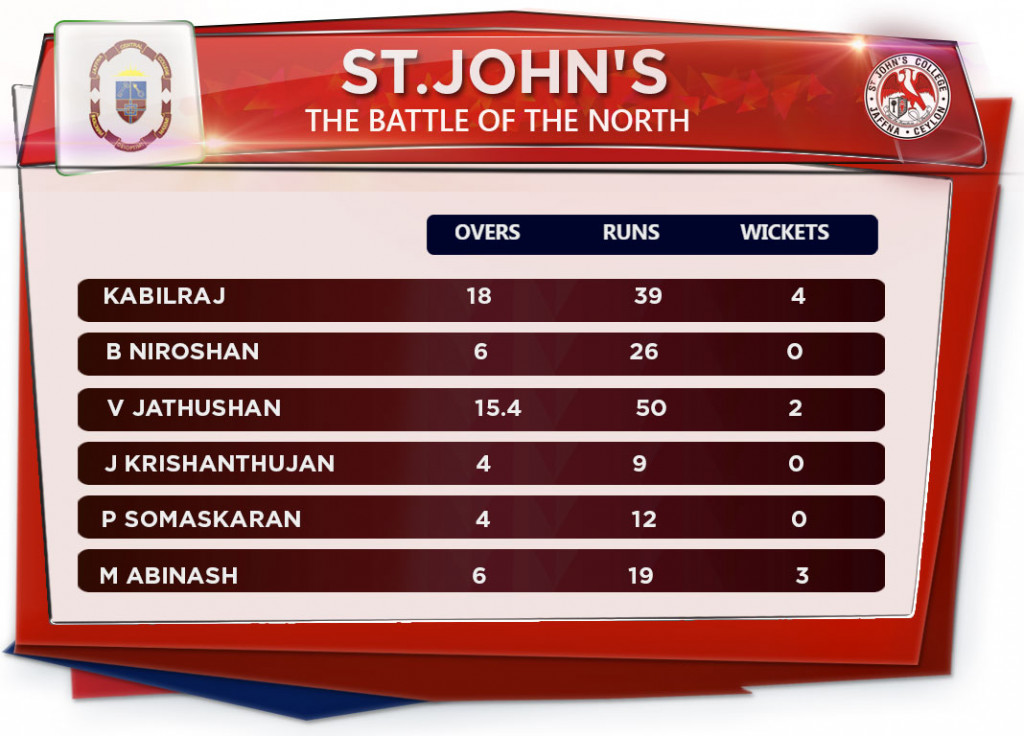 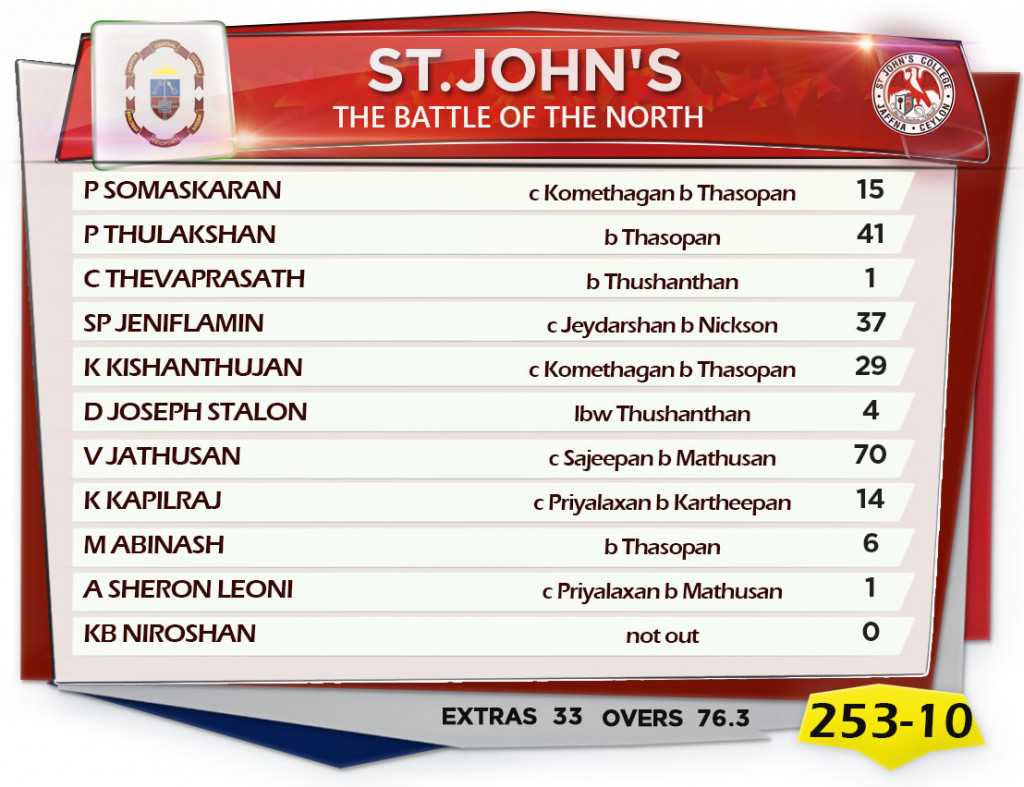 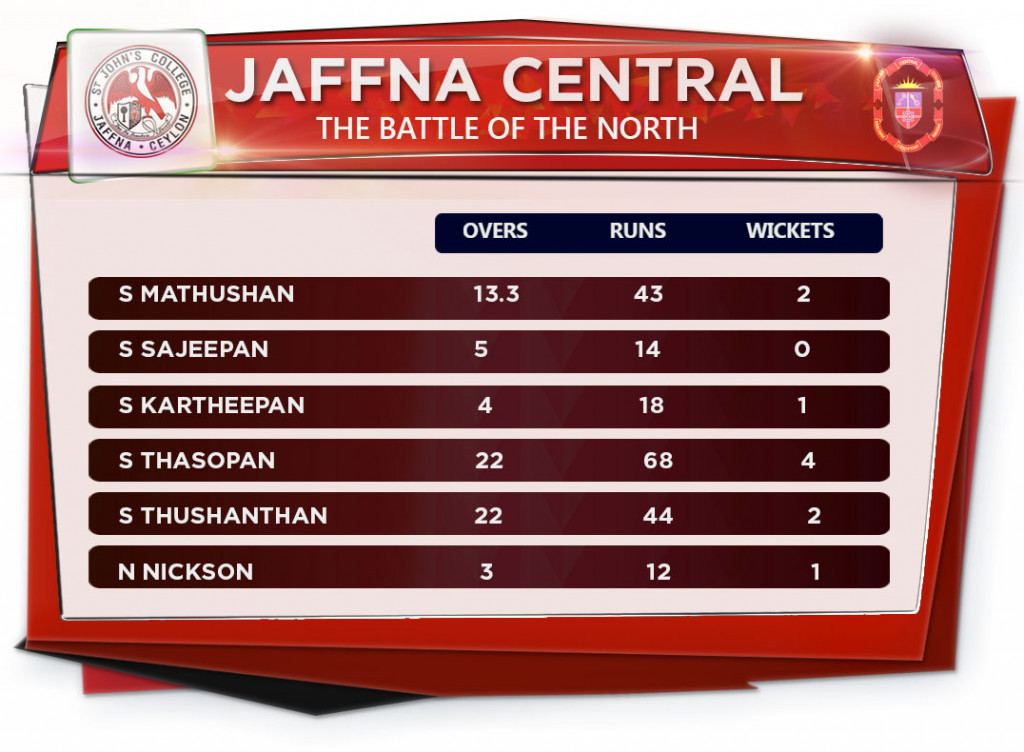 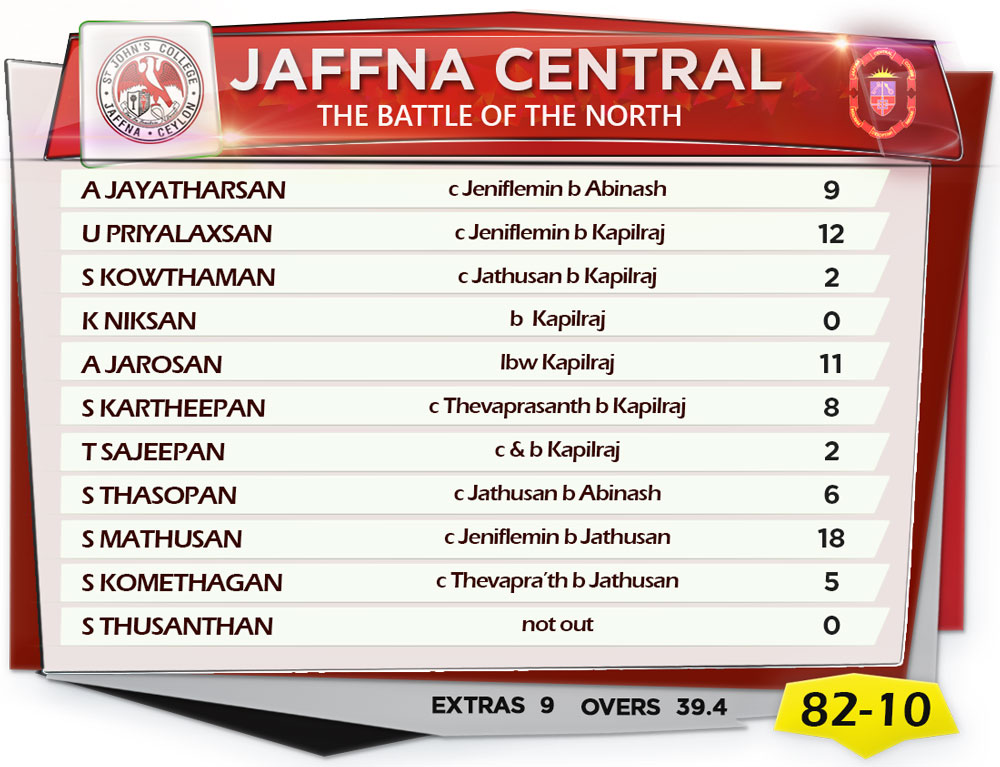 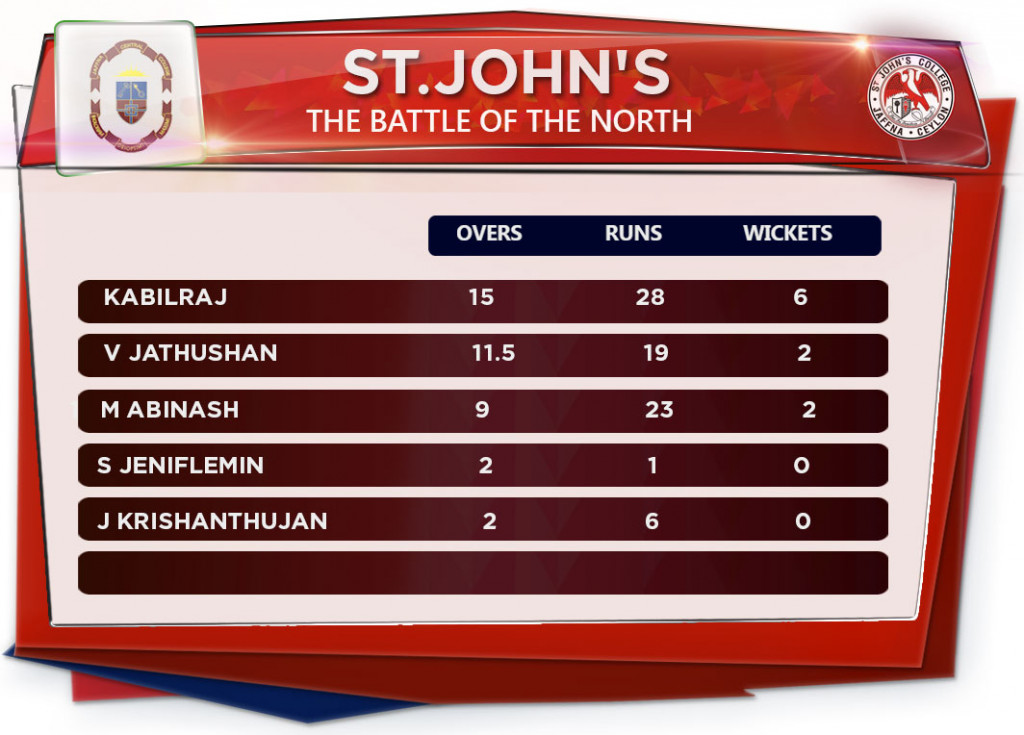