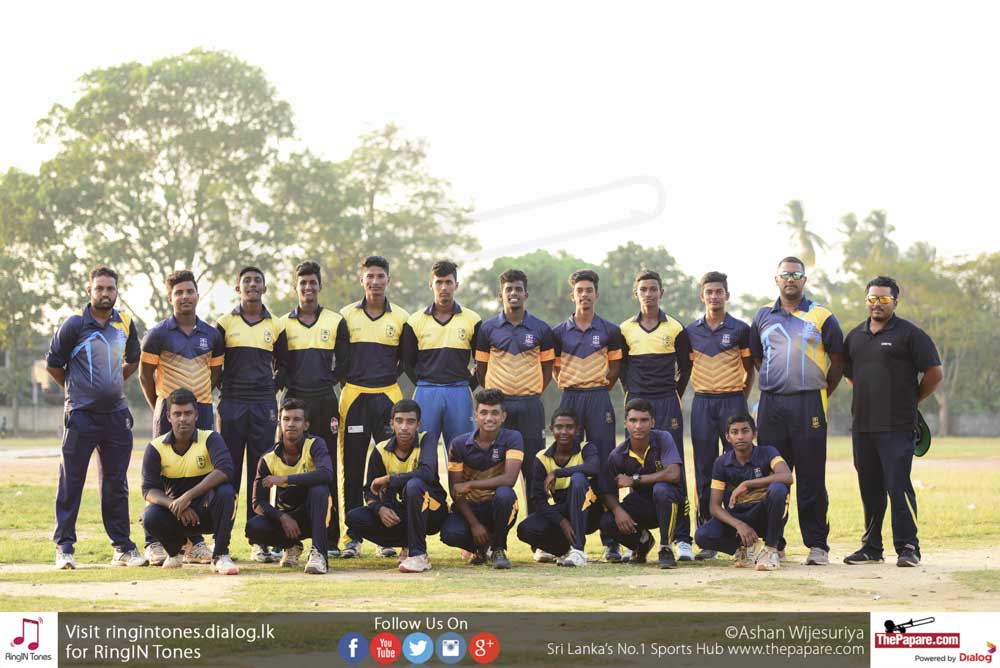 When the Japanese army attacked Colombo in 1945, a state of emergency prevailed. City dwellers escaped the city and military agencies commandeered school buildings. To provide an alternate education program for students displaced from St Benedict’s College and St. Joseph’s College in Colombo, Rev. Brother Chistansian, the Provincial at that time, was able to inexpensively purchase a building and its land from Mr. James. The beginning of St. Anthony’s College, Wattala happened on the 4th of April in 1942 when a group of Rev. Brothers established the school on the property, under the leadership of Brother Vincent Joseph. The school commenced with eight members of staff and 84 students before the school was vested in the government and became a Government Maha Vidyalaya on the 15th of May in 1969.

Manoj Hemaratne was a popular name among Anthonian cricketers but it was Thisara Perera’s dominance as a cricketer from his school days at St. Anthony’s College, Wattala that caught the attention of many. He ended his school cricket career at St. Joseph’s College but he was already a star in the making after some impressive performances for the Anthonians during his younger years. He eventually went on to lead Sri Lanka in both shorter formats of the game.

The boys from Wattala have been a bit of an up and down team this season following up with some below par performances after an impressive outright win against a strong Isipathana unit earlier in the season. Their most recent hiccup was seen when they went down to President’s College, Kotte on first innings. They will be keen to get back to winning ways and their bowling seems to be the issue that they need to address ahead of some crucial encounters in the coming weeks.

Their batting has revolved around Joel Pinto and Eranga Madushan who have made big centuries this season while they would love to see their skipper Yasindu Jayaweera fire with the bat as he is yet make a substantial score this season playing his fifth year.

Left arm tweaker Kaveesha Dulanjana with 16 wickets has been the man to watch out for with the ball along with right arm seamer Ashen Malith who has made the early breakthroughs for the Anthonians. Avishka Tharindu a former Sri Lanka Under 16 player has shown plenty of promise and excelled as an all-rounder this season with 10 wickets and close to 200 runs.

Former first class cricketer Safraz Farook is once again in charge of the Anthonians and will look to use his experience to guide this young Anthonian side to achieve their desired goals. He is also the coach of Sri Lanka Cricket (SLC) Premier League tier B team, Panadura Sports Club.