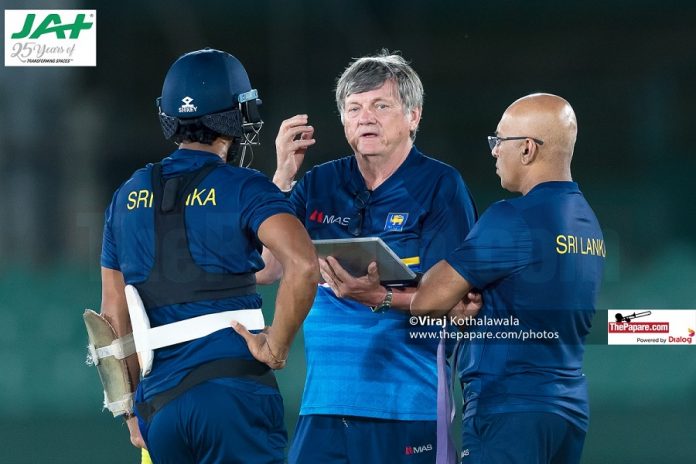 After Sri Lanka’s shocking defeat at the hands of West Indies in the final of the World T20 at RPS in 2012, Chairman of Selectors Ashantha de Mel stressed the need for a sports psychologist.

His comments struck a responsive chord with keen students of the game, but little was done to make use of the services of a psychologist. One reason is that in our part of the world, we tend to frown upon the subject of mental health and people refrain from talking about it in public.

De Mel’s comments came after Sri Lanka failed in four successive ICC finals – 2007 finals to Australia in Barbados, 2009 finals to Pakistan at Lord’s, 2011 finals to India in Bombay and the embarrassment at home by Darren Sammy’s side in front of home fans. Some 35,000 adoring fans returned home that night from RPS thinking it was a bad dream.

There was something wrong somewhere as on the last three occasions it seemed like Sri Lanka snatched defeat from the jaws of victory. The weight of expectations of the entire nation, peaking too early, top performers coming a cropper in the grand finale and unable to soak up the pressure were some reasons for these defeats. Sri Lanka choked spectacularly in some of these finals. They were the new South Africa.

The team management, however, was not willing to bite the bullet and accept that they had to put the house in order. There was nothing wrong with skill, preparation or commitment. It was just that Sri Lanka failed to seize on the crucial moments.

In countries like Australia and England, the mental health of cricketers has become a serious issue. Marcus Trescothick returned home from an Ashes tour as he wasn’t mentally all there. A few years later, Jonathan Trott followed suit.

In Australia, at the moment, Will Pucovski, Nic Maddinson and Glenn Maxwell are all in top form. But mentally they have declared themselves not ready to compete on the cricket field. These are some special talents in the game and thoughts are with these players that they overcome the issues and will make a comeback soon.

One of the first things that Chandika Hathurusingha did after assuming duties as Head Coach of Sri Lanka was to hire reputed psychologist Dr. Phil Jauncy to work with his players.

A crude joke in Australian cricket in early 1990s was how a thief had entered the Gabba trying to steal the Sheffield Shield but couldn’t find it. The thief had no idea that Queensland had not won Australia’s First Class tournament even once for 63 years. It was one of the longest droughts in Australian sports. Into the bargain, Queensland had been runners-up on 12 occasions between 1957 to 1994. The drought eventually ended in 1995 when reputed cricket coach John Buchanan was in charge. How did Buchanan manage it? By making good use of a proven psychologist. Dr. Phil Jauncy is his name.

One of the things that Hathurusingha realized by utilizing the services of Dr. Jauncy was that he could not use the same method with all players. Different players reacted differently. Some needed to be told firmly while with some, a gentle approach was required.

That brilliant talent spotter Sampath Perera when he took over as Trinity College’s cricket coach……………..

According to David Frith, a leading cricket writer and a former Editor of Wisden, over 100 cricketers have taken their own lives. His book ‘Silence of the Heart – Cricket Suicides’ is a masterpiece that questions whether the game itself is to be blamed for this alarming rate of people taking their own lives.

The forward for the book was written by Peter Roebuck, Somerset’s cricket captain who went onto become a fine journalist. Ironically, even he took his own life. The most recent cricketer to commit suicide was V. B. Chandrasekhar, who died three months back in Madras.

Thankfully, due to closely bonded families and a religious upbringing, suicide among sportsmen is not a problem faced by Sri Lankan sportsmen. But that is not to suggest that they do not suffer silently.

At a time when even teams that play the sport at lower levels make use of psychologists in other parts of the world, Sri Lanka Cricket needs to ask the question whether they need to do something similar not only to help the players perform better but to help them overcome daily challenges. Not just when they are actively involved in the game but more importantly when they are done with the game and have moved on.